With a five-year overall survival of less than 5%, there is an urgent need to explore new treatment paradigms for pancreatic cancer, including targeting stroma cells, cancer stem cells and metabolic pathways. Ignacio Garrido-Laguna and Manuel Hidalgo outline the current standard of care and review promising novel treatments.

This is an abridged version of I Garrido-Laguna and M Hidalgo (2015) Pancreatic cancer: from state-of-the-art treatments to promising novel therapies. Nat Rev Clin Oncol 12:319–334. It was edited by Janet Fricker and is published with permission ©2015 Nature Publishing Group. doi:10.1038/nrclinonc.2015.53

Surgery is still the only curative treatment for pancreatic cancer; however, therapeutic strategies based on initial resection have not substantially improved the survival of patients with resectable disease over the past 25 years. Presently, more than 80% of patients suffer disease relapse after resection.

The state of the art

The ECOG 4201 trial demonstrated a modest improvement in survival for chemoradiotherapy compared to gemcitabine, but with increased toxicity (JCO 2011, 29:4105–12). The FFCD/ SFRO study, however, suggested detrimental overall survival for chemoradiotherapy versus gemcita-bine therapy (Ann Oncol 2008, 19:1592–99).
The rationale for the detrimental effects of chemoradiotherapy comes from a study showing enhanced invasiveness for cancer cells co-cultured with irradiated fibroblasts due to activation of MET and MAPK signalling pathways (Cancer Res 2004, 64:3215–22).
The SCALOP trial demonstrated that capecitabine is superior to gemcitabine as a radiosensitiser (Lancet Oncol 2013, 14:317–326).
Clinical trials are needed to validate biomarkers to identify patients less likely to benefit from chemoradiotherapy. The RTOG 1201 trial is currently testing nab-paclitaxel plus gemcitabine followed by chemoradiation. This study stratifies patients according to SMAD4 status. The hypothesis is that patients with preserved SMAD4 may benefit from intensification of local therapy.
Advances in metastatic disease
Over the past decade, single-agent gemcitabine has been the standard of care in metastatic pancreatic ductal adenocarcinoma, with multiple trials failing to show that adding targeted therapies improves survival.
Two positive trials have been reported in advanced-stage pancreatic cancer. The PRODIGE-III trial showed better survival (HR 0.57) with FOLFIRINOX over gemcitabine (NEJM 2011, 364:1817–25), while the MPACT study showed nab-paclitaxel plus gemcitabine delivered better survival (HR 0.72) than gemcitabine (NEJM 2013, 369:1691–1703).

Given the poor clinical outcomes for pancreatic ductal adenocarcinoma, novel strategies are needed.

Cytotoxic agents. To tackle the desmoplastic response in pancreatic ductal adenocarcinoma, where dense fibrous tissue grows around tumours, novel formulations of classic cytotoxic agents are currently under development.
MM-398, a nanoliposomal formu-lation of irinotecan, was recently approved by the US FDA, in combination with 5-FU, for patients with metastatic pancreatic cancer refractory to gemcitabine. The NAPOLI-1 study showed a modest improvement in survival (8 weeks) with the combination compared to 5-FU alone (Ann Oncol 2014, 25:ii105–ii117). It is unclear whether MM-398 will provide any benefit to patients who have received first-line therapy with nab-paclitaxel and gemcitabine, as such patients were not included in the study.
TH-302, a releasing DNA-alkylating agent activated under hypoxic conditions, recently failed to provide any added survival benefit to gemcitabine in the MAESTRO trial (Van Cutsem et al. Abstract #193 ASCO GI 2016).
The ‘synthetic lethality’ strategy holds some promise in patients with aberrations in DNA-repair pathways. A basket study tested olaparib
in patients with germline BRCA1/2 mutations in BRCA-associated cancers. The response rate in patients with pancreatic cancer (n=23) was 21%.
RAS pathway inhibitors. Activating KRAS mutations are found in more than 90% of pancreatic ductal adenocarcinomas. Inhibition of oncogenic RAS signalling might be achieved by multiple mechanisms including blocking RAS protein transport to the cell membrane, and inhibiting oncogenic RAS activity directly or indirectly through targeting downstream pathway components.
Owing to the complexity of directly targeting KRAS, efforts have focused on downstream components of the RAS pathway, such as MEK. Unfortunately, clinical trials with MEK inhibitors (trametinib or pimasertib) have provided disappointing results. Inhibition of ERK has shown promising activity in preclinical models. A phase 1b study will be testing BVD-523 (an ERK inhibitor) in combination with nab-paclitaxel and gemcitabine (NCT02608229) in patients with advanced pancreatic cancer.
Janus kinase inhibitors. High throughput gene-expression analysis showed enrichment of the JAK–STAT pathway in pancreatic cancer (Pancreas 2014, 43:198–211). A randomised phase II study failed to show survival benefit when ruxolitinib (a JAK inhibitor) was added to capecitabine. In a small subset of patients with markers of systemic inflammation, a modest improvement in survival was identified. Two phase III trials evaluating capecitabine plus ruxoli-tinib in second-line advanced stage pancreatic ductal adenocarcinoma are ongoing.

A different approach is through activation of CD40, a member of the tumour necrosis factor receptor superfamily present in tumour-associated macrophages. Gemcitabine combined with a CD40 agonist promoted accumulation of tumouricidal macrophages, leading to stromal collapse and tumour regression.

A phase II trial in metastatic pancreatic cancer reported a two-month improvement in overall survival for GVAX–cyclophosphamide and CRS-207 (an attenuated Listeria monocytogenes strain given as a boost vaccine) compared with GVAX–cyclophosphamide alone. In a different study, increased expression of PD-1/PD-L1 was noted following resection in patients treated with GVAX. Such studies suggest there may be roles for combining GVAX and immune-checkpoint inhibitors. 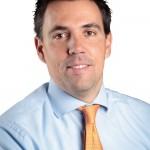 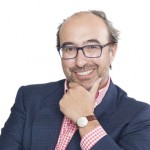 Ignacio Garrido-Laguna (left) is from the Department of Internal Medicine, Division of Oncology, and Center for Investigational Therapeutics, at the Huntsman Cancer Institute, University of Utah, USA. Manuel Hidalgo (right) is from the Gastrointestinal Cancer Clinical Research Unit, Clinical Research Programme, at the Spanish National Cancer Research Centre (CNIO), Madrid, Spain.
Even in the early stages, pancreatic ductal adeno­carcinoma is a systemic disease. This is supported by in vivo models as well as clinical data showing that up to 60% of patients relapse within six months of resection. Better systemic treatments are needed in adjuvant settings, as well as different treatment strategies allowing early treatment of systemic disease (neoadjuvant therapy). For patients with locally advanced unresectable disease, where the role of chemoradiation is controversial, more effective induction chemotherapy backbones must be tested. For patients with more advanced disease, targeting different tumour compartments, such as the stroma, seems critical. The growing field of immunotherapy could open new treatment opportunities in this lethal disease.

Clinical implications
We would like to see an increasing number of neoadjuvant trials to elucidate the role of early systemic treatment. At a time when the value of care is critical for the sustainability of health care systems across the world, we need to consider whether drugs that provide modest survival benefits (days for erlotinib and weeks for MM-398) deliver any added value to patient care at current costs.

Future studies
In the adjuvant setting it will be interesting to follow up the results of the APACT and PRODIGE studies to discover whether more effective chemotherapy backbones impact on survival in patients with resectable disease. We also need to identify biomarkers to assist treatment decisions.
It is also critical to elucidate whether patients with grade  2 ECOG performance status (Karnofsky score 70) benefit from nab-paclitaxel plus gemcitabine. The MPACT study did not find a survival benefit in this subgroup, and there is a potential for harm with gemcitabine doublets in frail patients.
For patients with advanced disease, early results from immunotherapy clinical trials enrolling pancreatic cancer patients were disappointing. The stroma in this disease is predominantly immunosuppressive leading to exclusion of CD8+ effector T lymphocytes. Overall this leads to a tumour phenotype characterised by immune system ignorance. Work in preclinical models shows that, even when only premalignant lesions (PanIN) are identified, the immune response is impaired. Treatment strategies that increase T-cell infiltration of tumour sites have shown promising results in preclinical models and are currently undergoing clinical testing in early-phase clinical trials. In addition, recent preclinical work demonstrates that loss of PTF1A, a regulator of acinar differentiation, is needed to facilitate oncogenic acinar to ductal reprogramming by KRAS. One could envision that the use of preclinical models such as Ptf1a cKO; KRASG12D may facilitate the identification of neoepitopes as new targets to develop immunotherapies in this disease.
Lastly, use of next-generation sequencing and liquid biopsies need to be further investigated in this disease.