This article was first published in Nature Reviews Clinical Oncology vol.11 no.9, and is published with permission. © 2014 Nature Publishing Group. doi:10.1038/nrclinonc.2014.135

Cytotoxic chemotherapy has been the mainstay of anticancer treatment for decades. However, in the past 20 years, we have witnessed the successful development of many noncytotoxic drugs, often referred to as molecularly targeted agents (MTAs), a targeting approach used in multiple therapeutic areas. Whereas the dogma of chemotherapy has always been to administer all drugs at the maximum tolerated dose (MTD), it has been recognised that such dogma would not be expected to apply to MTAs. The oncology field has been unique in its focus on MTD; other therapeutic areas do not use such an approach. In this context, the European Organisation for Research and Treatment of Cancer (EORTC) contacted 16 academic institutions and pharmaceutical companies for the purpose of reviewing adverse events from 2,084 patients enrolled in 54 phase I trials.[1] On the basis of this review, the authors concluded that there is a need to redefine the criteria used for defining the recommended phase II dose, to consider not only traditional acute grade 3–4 toxic effects, but also chronic grade 1–2 adverse events.

Although the EORTC analysis is sound and its conclusions logical, the authors have not acknowledged the challenge of distinguishing drug-related adverse events from disease-related adverse events in patients with advanced-stage cancer. In particular, fatigue and liver function test abnormalities are common clinical events in this population with or without treatment. Surprisingly, the EORTC report does not acknowledge that dose-dependent chronic toxic effects are not unique to MTAs, but are common to many widely used chemotherapeutic agents (for example, neuropathy due to vinca alkaloids, taxanes and platinum compounds; cardiac toxicity due to anthracyclines and anthracenediones; and nephropathy due to cisplatin).

With the advent of the FDA Breakthrough designation, there have been recent attempts to use focused phase I trials as a basis for accelerated drug approval. A recent example is the development of ceritinib for patients with ALK-rearranged lung cancer, which received accelerated approval by the US FDA on 29 April 2014 on the basis of such a trial.[5] Although there is indisputable activity of ceritinib at the approved dose of 750 mg, there is also significant uncertainty regarding the optimal dose and prandial conditions for administration.[6] Despite the poor solubility of ceritinib under physiological conditions, it was administered under fasting conditions in the phase I trial, and was subsequently demonstrated to have a clinically significant positive food effect, with its area under the concentration time curve (AUC) increased by 58% when given with a low-fat meal and 73% when given with a high-fat meal.[7] Furthermore, as dose reduction for severe or persistent gastrointestinal toxicity occurred in 38% of patients, the FDA hypothesised that this toxicity might be alleviated by administering ceritinib at a lower dose (450–600 mg) when given with food, thereby maintaining therapeutic concentrations while reducing gastrointestinal drug concentrations.[8] In this context, a randomised study testing this hypothesis has been mandated by the FDA as a post-marketing requirement, and if the FDA hypothesis is confirmed, would presumably result in re-labelling of the drug at the lower dose. However, such a label change could be problematic to Novartis, as it would require an increase in the price per mg of the drug to avoid a 25–40% reduction in sales. Given the desire to rapidly advance promising drugs, what should we expect to conclude about dosing as a result of a phase I study? We certainly should understand the qualitative toxic effects of a drug, and aim to gain some understanding of the relationship of dose and AUC in relation to acute toxic effects. Depending on the population studied, there may be little understanding of the chronic toxic effects of the drug (and even less understanding of those that are dose-dependent). Thus, the EORTC recommendations regarding defining optimal dosing are not really assessable in a phase I trial, and are best addressed in a subsequent randomised dose-ranging phase II trial.

Of great concern is the relatively modest attention paid to pharmacokinetic issues in some phase I studies of MTAs. Using the ceritinib study as an example,[5] the published article reporting the phase I trial includes only one paragraph on pharmacokinetics, with additional data included in the supplementary appendix. The issues raised by the FDA in its review regarding prandial conditions were not addressed in this article, which does not even mention that this oral kinase inhibitor was administered under fasting conditions, a circumstance often resulting in decreased bioavailability.[9]

One cannot make any decisions regarding phase II dosing without a full understanding of the pharmacokinetics of a drug, on the basis of one or more carefully conducted phase I studies. These include the relationship of dose to AUC, the magnitude of both inter-individual and intra- individual pharmacokinetic variability, and the impact of prandial conditions on exposure. More attention needs to be paid to these fundamental pharmacokinetic issues, and less attention to tumour biopsies, expensive imaging studies, and detailed measurements of tumour lesions.

Furthermore, phase II trials should include two or more doses, as routinely done with MTAs in other therapeutic areas (such as rheumatoid arthritis).[10] Consequently, phase I oncology trials should focus on defining a range of phase II doses rather than a single phase II dose, determining both an upper limit (maximally tolerated dose) and lower limit (minimally effective dose), which may be hypothetical and based on plasma concentrations and/or serum biomarkers. Randomised phase II trials should evaluate dose-response and dose-toxicity, as recommended by the ICH. Only then can the optimal dose be determined.

10. JM Kremer et al. (2009) The safety and efficacy of a JAK inhibitor in patients with active rheumatoid arthritis: results of a double-blind, placebo-controlled phase IIa trial of three dosage levels of CP 690, 550 versus placebo. Arthritis Rheum. 60:1895–1905 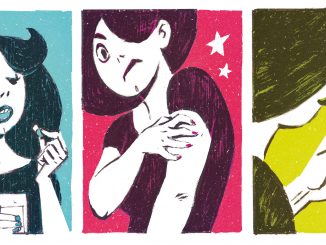 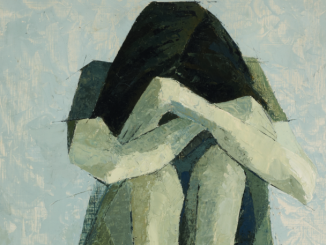 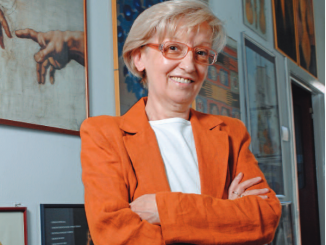 The secret behind a successful clinical trial