Swiss drugmaker Roche confirmed on Monday October 30th the withdrawal from the «positive list» of drugs reimbursed in Greece of cobimetinib, used to treat melanoma in adults in combination with vemurafenib, after the government imposed a mandatory 25% discount on the reimbursement price of innovative drugs. Greece imposed the 25% rebate on branded drugs as part of its bailout plan with lenders, and applied it to all innovative drugs retroactively from January 2017. The drug will continue to be available, at a cost of about € 5.000 per month of treatment. 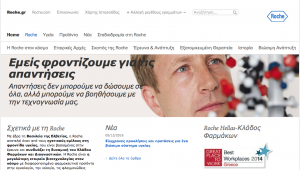 Health Minister Andreas Xanthos described Roche’s decision as «unacceptable and blackmailing». He stressed that «Roche’s provocative tactics must be addressed with determination by all the political and social forces of the country and by all European institutions» and announced that the Ministry of Health and the authorities will pledge to take steps against this blackmail.

The austerity measure voted last September triggered a strong reaction from the Hellenic Association of Pharmaceutical Companies (SFEE), which calculated that it would cut the price of innovative formulations by 40% to 50% (ìn case of clawback): such a price would be unsustainable for the company, under the existing institutional framework of compensation through the positive list. The Association also pointed out that the initial price of new treatments in Greece is defined as the average of the three lowest equivalent prices in Europe, so that the cost of new treatments is already very low, and warned that this measure will lead to more withdrawals of innovative pharmaceutical products from the Greek market.

According to Roche, the 25% discount creates barriers to patient’s access to innovative treatments and makes the arrival of new, innovative medicines in the Greek market difficult or prohibitive. It also raises competition issues, because competing products already on the market are not subject to the mandatory 25% discount, although they are proven to be less effective: «We need to protect our company from the extremely unfavorable environment created by the rebate-based pricing policy for pharmaceutical companies in Greece» said the drug company.

It’s not the first time the Greek Health system has to face problems with drug companies, and Roche isn’t the first pharmaceutical company to stop supplying the Greek market. In 2010 Novo Nordisk decided to stop shipping some brands of insulin after the Government’s decision to cutoff the prices by more than a quarter. After a few weeks the parties found an agreement on less onerous price reductions, and Novo Nordisk resumed providing low-cost generic insulin. In 2013 Greece faced a serious scarcity of medicines: the pharmaceutical companies (about 50 according to a list drawn up by the authorities including some of the world’s leading pharmaceutical companies, such as Pfizer, Roche, Sanofi, GlaxoSmithKline and AstraZeneca) were accused of cutting supplies because of low profits and unpaid bills. The companies also expressed their concern about the risk that drugs could be exported by middlemen because prices are higher in other European countries.

On November 1st 2017 Roche informed the media and the Greek associations of cancer patients that it will continue providing Cotellic free of charge to all patients who were receiving the drug at the time of its delisting in Greece (in October) and until the treatment is completed, but will not provide it to new patients. The patients’ associations say that finding a solution for about 50 patients will not solve the problem, and fear that Roche’s move might be followed by other drug companies.

The Hellenic Federation of Cancer asked the Minister of health to act responsibly. “Patients are not just numbers and human life has not price» say the patients who are standing in the middle of this clash struggling for their medicines and their lives.