The history of medicine has often been reduced to hagiography – a celebration of past events lacking critical scrutiny. The contemporary history of oncology, with its ‘breakthroughs’ and ‘disruptive’ innovations, has likewise been exposed to such ‘Whiggish’ approaches, which assume that history follows a path of inevitable progression and improvement. Historians have long rejected this cheerleader role, but we are nonetheless reliant on the goodwill of busy clinical researchers to grant us lengthy and often repeated interviews and to provide us with other relevant material. So it’s fair enough that prospective informants occasionally ask us the question: “what’s in it for me?”

A number of experts have expressed concerns about the ‘cycle of hype’ and ‘promotional enthusiasm’ surrounding precision medicine, and the premature adoption of genomic techniques. A thorough social and historical analysis of the dynamics of clinical research provides a much-needed, realistic basis for exploring these issues. It is not enough to enact a few rules designed to prevent unwarranted claims, as bioethicists tend to do. We need to understand the forces and undercurrents that create such potential problems, and this is precisely the kind of analytical work we pursue.

The same can be said, more broadly, of the major transformations that have affected clinical cancer research in the last two decades. Clinical trials can no longer be reduced to mere testing machines, but qualify as clinical experimental systems, i.e. devices for learning about the pathogenesis of cancer – a fact that undermines the traditional distinction between research and care. As a precondition for a meaningful discussion of the social and political aspects of these transformations, we need to develop a clear understanding of the situation, and this cannot be done without empirical, conceptually informed clarifications of the evolving nature of clinical research practices.

Having studied the development of clinical oncology from World War II to the present, we noticed that our work was becoming increasingly complex as we approached the new century. Drug companies, which used to play a relatively minor role vis-à-vis academic research in oncology, are now major players, and their involvement has become more closely entwined with their commercial strategies, and thus more opaque.

The speed of change has accelerated. While in the past we could interview members of an institution or research team and be fairly confident that we had a relatively durable overview of their research programme, these days a single lab can regularly undergo major conceptual and technological changes within a three- to five-year period.

The research landscape is fragmenting. In the past, a few major organisations (such as the EORTC in Europe and the US National Cancer Institute) covered a great deal of the clinical cancer research terrain. Nowadays, a growing number of hybrid, public–private consortia, initiatives, and networks occupy the field, complicating the task of providing a coherent, comprehensive overview of the domain.

In our different ways, oncologists, historians, and social scientists share these problems, which is another reason for engaging in productive dialogue. 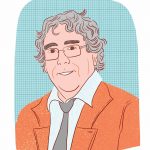 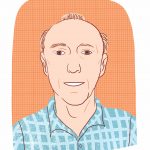 1 Comment on We’re researching the history of oncology: What’s in it for you?