Smartphones give patients the technology not only to record a consultation but also to share it privately, post it on a social network or even upload it to a public website. What does this mean for doctors and their relationship with patients?

Smartphones are everywhere – the subway, coffee shop, and even my clinic. As smartphones have gained popularity, I have seen their potential to improve my patients’ lives and experiences with illness. I have also witnessed how these devices can simultaneously complicate and even damage the patient–doctor relationship.

Like my patients in the clinic, the benefits of smartphone technology are diverse. Mr Monte, a 61-year-old gentleman with metastatic pancreatic cancer, liked to show his infusion nurses pictures of his family during chemotherapy; he explained that the photographs were reminders of why he continued to fight so vigorously. Ms Gold, confined to one room for her month-long hospital stay following a stem cell transplant, passed the time playing various board game apps with family members all over the country. Mr Stephens, a soft-spoken, recent college graduate with Hodgkin’s lymphoma, found a haven during his chemotherapy infusions by closing his eyes and listening to music on his phone. Ms Jacks, a patient with warfarin skin necrosis, arrived in haematology clinic without hospital records, but used her smartphone to show me pictures of her evolving skin lesions. And then there was Mr Kaple, who began each clinic visit with an update on his high score in the smartphone game Angry Birds. He joked that my propensity for running late gave him extra time to practice.

Just as smartphones provide opportunities for amusement, information, and access for patients and providers alike, the same devices can introduce new problems into the practice of medicine. In a majority of cases, these problems are relatively minor, such as the interruption of a patient visit by the ringing of a loud cellular phone or the brief delay during a counselling session to allow a family member with bad reception to dial back into the encounter. Still, at other points, smartphones can prove powerful distractions. Whether it is in the middle of departmental conferences or during inpatient rounds, students, house staff, and attendings are not impervious to the temptation of checking their smartphones for email, news, or other updates. The distractions invited by smartphones are not isolated to these settings. Indeed, the patient–doctor encounter itself can be disrupted by a physician responding to text messages, e-mail notifications, or personal calls.

Recently, I became acquainted with another potential ‘side-effect’ of smartphone technology that I found much more disturbing, because it served to paradoxically disrupt the lines of communication and trust between patient and doctor. My initial consultation with Mr Brown, a 63-year-old gentleman with newly diagnosed metastatic oesophageal cancer, began and proceeded like most patient encounters. However, as we concluded the visit, I recognised that Mr Brown’s seemingly idle smartphone had just recorded our entire conversation without my knowledge.

The realisation that one of my patients had secretly recorded our visit using his smartphone was simultaneously surprising, confusing, and deeply unsettling. Frankly, I was so caught off-guard at this realisation that I hesitated and said nothing. In the days that followed, I replayed the visit with Mr Brown in my mind. Why did he feel the need to record our conversation? And why did I not vocalise my concerns?

Prior to meeting Mr Brown, I have had requests to record appointments, usually with a smartphone. Although it sometimes made me feel slightly more self-conscious, especially as a first-year oncology fellow, I have always consented. In these instances, patients often cite a desire to ‘hear’ the whole visit or capture details or instructions for family members. Indeed, meeting an oncologist for the first time can be a surreal and overwhelming experience. Often, patients need to process the details of a visit at their own pace, distilling fragments of information as they are emotionally able.

Over the past year, I’ve quickly learned the importance of repetition and the need to encourage patients to bring family members to each visit to assist with filtering information. Perhaps then, there may be situations in which patients derive a great deal of benefit from having a recorded copy of a clinical encounter? Care must be taken, however, to do so with openness, mindful of the trust necessary for a successful patient–doctor relationship. Indeed, many states, including my own, have specific laws precluding the recording of individuals without explicit permission.

In the case of Mr Brown, I don’t know his reasons for recording our conversation or why he didn’t mention the smartphone. I hope that it was a simple oversight on his part. Regardless, the incident was upsetting, not because of the recording itself but because of the act of concealment. It felt like a violation of trust between patient and doctor. I began thinking: If he didn’t tell me about the smartphone recording, were there other aspects of his medical history that he was leaving out? The intimacy of our clinic visit was now overshadowed by the handheld elephant in the room.

My experience with Mr Brown has also made me think of other ways that smartphone technology might impact the patient–doctor relationship. In addition to simple audio recording, smartphones have the capacity to videotape. Indeed, one of my colleagues recently learned that his last patient encounter had been filmed – without his knowledge – with a smartphone. Where might this video end up: on a blog? social media website? YouTube? physician rating website?

I do not know for sure if my visit with Mr Brown was unique, but I suspect it was not. He has since returned to my clinic many times, and I have yet to see his smartphone back on my desk. I am, however, cognisant that I look for it. For me, this is a subtle reminder that, just as smartphone technology can broaden my access and ability to play a role in the lives of my patients, these same devices can introduce new complexities into our relationships.

All patient names have been changed to protect patient confidentiality. The author, Justin Gainor, is an oncologist at Massachusetts General Hospital Cancer Center, Boston, Massachusetts. This article was first published in the Oncologist Express on 7 September 2012, and is republished with permission. ©AlphaMed Press. 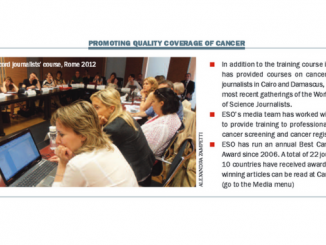 How bad news can be good news for cancer services 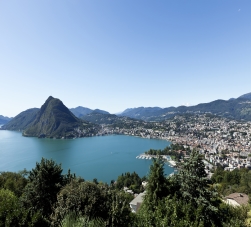 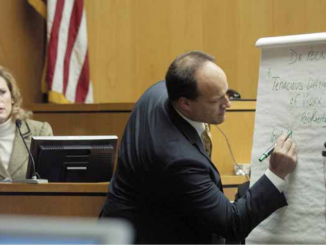