Stella Kyriakides, a medical psychologist with many years of experience in the field of social affairs, health and cancer prevention, will lead the health portfolio in the new European Commission, according to an announcement by President-elect of the European Commission, German Ursula von der Leyen, a former physician who taught at the Department of Epidemiology, Social Medicine and Health System Research at the Hanover Medical School.

Her nomination as the next European Commissioner for health may be a good sign for patient organizations, who have often felt snubbed in Brussels despite the increasing use of buzzwords like “patient-centered care.”

“Of course, she was also a patient so she knows exactly what it’s like to be a patient for chronic disease. So she’s very supportive, she’s very open-minded.” Marios Kouloumas, president of the Pancyprian Federation of Patients Associations and Friends, told Politico.eu. 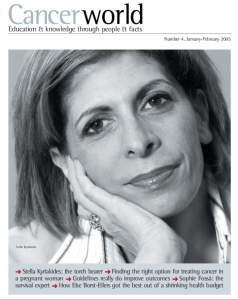