Around 40% of cancer patients develop spinal metastases during the course of their disease, inadequate treatment of which results in pain and neurological complications that increase symptom burden and diminish health-related quality of life. SBRT is an emerging technique that uses image guidance to deliver high-dose radiation precisely, creating steep dose gradients at the interface between the spinal cord and tumours. Although SBRT has become an established technique for the management of spinal metastases in recent years, its effectiveness in controlling the symptom burden has not been well described. In 2002, when the current study was initiated, the literature for SBRT was still in its infancy.

In a preliminary report of a prospective phase I/II trial of SBRT, Xin Shelley Wang and colleagues, from the MD Anderson Cancer Center, Texas, detailed the safety, efficacy and patterns of failure for a subset of 63 patients who were followed for up to 50 months. In the current publication, the same team investigate the symptom reduction benefit of spinal SBRT for the whole cohort of patients during the first six months following treatment, and the clinical benefit for up to two years.

Altogether 149 patients with 166 spinal metastases at the cervical, thoracic or lumbar vertebral levels, receiving a total dose of 27–30 Gy, typically in three fractions, were included in the analysis.

Results show that the number of patients reporting no pain from bone metastases (as measured by the Brief Pain Inventory) increased from 26% before SBRT to 54% six months after SBRT (P<0.0001). These improvements were accompanied by significant reductions in opioid use – 28.9% of patients used opioids at baseline versus 20% at six months (P=0.011).

Furthermore, patients reported significant pain reduction according to the MD Anderson Symptom Inventory (MDASI) during the first six months after SBRT (P=0.00003), and significant reductions in a composite score of the six MDASI symptom interference with daily life items (P=0.0066).

“This trial provides prospective data that support the careful use of spinal SBRT in selected patients, since SBRT safely and reliably halts the progression of disease while reducing patient symptoms and improving functioning in daily life, as measured by validated methods,” write the authors. The study, they add, also highlights the importance of integrating patient-reported symptom assessments with clinical outcome evaluations to fully demonstrate the benefit of SBRT in patients with metastatic spinal disease.

One limitation of this study, they say, is the absence of a control group against which to measure the effect of SBRT on symptom development.

Survivors of breast cancer treated with adjuvant cyclophosphamide, methotrexate and fluorouracil (CMF) chemotherapy scored lower on neuropsychological tests 20 years after treatment than women who had never had cancer, a Dutch case-cohort study has found, in what is believed to be the longest follow-up ever done of the effects of adjuvant CMF on cognitive function.

Many studies have shown that chemotherapy can induce cognitive changes up to five years following treatment, with differences observed in the domains of memory, processing speed and executive function. But whether chemotherapy has any long-term effects on cognition has been largely unknown.

In the current study Sanne Schagen and colleagues, from the Netherlands Cancer Institute/Antoni van Leeuwenhoek Hospital in Amsterdam, compared the cognitive performance of 196 patients with breast cancer who had a history of adjuvant CMF chemotherapy (six cycles, average time since treatment 21 years) to that of a reference group of 1509 controls selected from an ongoing population study in the Netherlands who had never been diagnosed with cancer. Women in the study were aged between 50 and 80 years.

“In conclusion, the cognitive functioning of survivors of breast cancer on average 21 years after adjuvant CMF chemotherapy is worse than that of women from the general population who have never been diagnosed with cancer. These data suggest that cognitive deficits following breast cancer diagnosis and subsequent CMF chemotherapy are at least partially long lasting,” write the authors.

The results, they add, are highly relevant since the number of long-term survivors of breast cancer is increasing due to improvements in recognition of early-stage breast cancer, ageing of the population, and improved survival after breast cancer diagnosis.

Although information on hormone replacement therapy was not available, the authors did not believe this influenced their findings, since use of such treatments in the Netherlands was low in the years studied.

In CRC the hepatic tumour load is an important prognostic indicator for survival, since liver involvement is life limiting. The only curative therapy at the moment is surgical resection, which is not possible for around 75% of patients due to advanced disease or secondary disorders. Regional treatments offer a promising alternative to terminate growth of metastases and extend patient survival.

By embolising the hepatic artery, the authors explain, blood flow is reduced, leading to ischaemia, which increases the contact time between the tumour cells and chemotherapeutic agents. Furthermore the thermal anti-cancer effect increases with the removal of the cooling effect of the blood flow, which can result in a conservation of viable cells around larger vessels due to a local under-heating. “Hence, TACE combined with MR-guided LITT ablation increases the effectiveness of each of the treatments alone,” write the authors.

After LITT the rate of clinically relevant complications requiring further interventions was 0.8% (n=4); with the most common minor complications being reactive pleural effusions (27.4%, n=135), which were self-limiting.

“The large cohort presented in this study confirms that the combination of TACE and MR-guided LITT is a safe and effective treatment for liver metastases of CRC origin,” conclude the authors. The combination of TACE and LITT, they add, is a good therapy option for patients not responding to systemic chemotherapy, and also as an alternative to surgery when liver resection is contraindicated. The promising results of the current study should be further evaluated and confirmed in a randomised study, they suggest.

A quantitative-PCR-based assay for patients with early-stage, non-squamous, non-small-cell lung cancer (NSCLC) reliably identifies patients at high risk of dying after resection. The assay was independently validated in both a large community-based American cohort and a separate Chinese population.

Outcomes after NSCLC resection are poor, with 35–50% of patients suffering recurrence. A more precise staging test would enable clinicians to identify patients with adverse outcomes who would most benefit from adjuvant treatment.

Several groups have developed gene expression analyses that successfully predicted higher than expected mortality after resection of NSCLC, but many of these gene signatures have been based on microarray platforms that need “snap-frozen tissue samples”, which are difficult to use in practical clinical settings.

In the current study, Johannes Kratz and colleagues, from the University of California San Francisco (UCSF), developed a 14-gene mRNA expression assay (including 11 target genes linked to the cancer biology and three reference genes used to standardise measurement of the cancer genes) for prognosis in early-stage NSCLC. The assay uses quantitative PCR and runs on widely available formalin-fixed paraffin-embedded tissue samples, whose collection and processing techniques are common in clinical practice.

The investigators first measured levels of the genes in tissue samples taken from 361 patients at UCSF who had surgery for NSCLC. An algorithm then correlated the levels of the 14 genes with the clinical outcomes of the patients, identifying the molecular profiles that were associated with low, intermediate or high risk of death.

Next, the UCSF team blindly examined lung samples taken from 433 other patients with early-stage NSCLC from Northern California, and then used a similar blinded approach to test the algorithm using tissue samples from 1005 lung cancer patients from China.

“Our practical, quantitative-PCR-based assay reliably identified patients with early-stage non-squamous NSCLC at high risk for mortality after surgical resection, discriminating such patients with greater accuracy than use of NCCN criteria alone,” write the authors.

The study, they add, represents the first of its kind involving the extraction of interpretable RNA from formalin-fixed paraffin-embedded tissue. Additional strengths include the performance of the assay in an independent laboratory and the use of a second cohort with a different genetic background.

In an accompanying commentary, Yang Xie and John Minna, from the University of Texas, Southwestern Medical Center, say that it will be important to determine whether the assay works in squamous-cell lung cancer and all NSCLCs, irrespective of their histological subtype. “If not, other signatures will need to be developed,” they write.

Patients with diabetes and pancreatic cancer who are prescribed the anti-diabetic agent metformin showed improved survival in comparison to those who did not receive the drug, a retrospective US study has found.

The aim of the current study, by Li Donghui and colleagues from MD Anderson Cancer Center in Houston, Texas, was to determine whether metformin use conferred survival benefits. The investigators observed 302 patients with diabetes and pancreatic cancer, 117 of whom had been prescribed metformin.

“These data provide strong supporting evidence that metformin has the potential to be used as a supplemental therapeutic agent for non metastatic pancreatic cancer,” write the authors. Considering the high prevalence of diabetes among patients with pancreatic cancer, and the lack of effective treatment strategies for this malignancy, they add, prospective studies should be conducted quickly.

The beneficial effect on cancer, suggest the authors, may be due to lower circulating levels of insulin as a consequence of reduced resistance, since it is known that insulin can play a key role in promoting cancer development.

In an accompanying commentary, Michael Pollak, from McGill University in Montreal, Quebec, writes, “We cannot exclude the possibility that patient characteristics that lead to a decision to treat diabetes with metformin rather than another agent are associated with a relatively favorable pancreatic cancer prognosis. In such a situation, metformin use would be associated with favorable outcome but not be responsible for it.

” A rational combinations approach to trial design is needed, he adds, since it is possible that metformin might require pharmacologic optimisation for oncologic indications by improving accumulation in neoplastic tissue.

In the current study, Madeleine King and colleagues, from the University of Sydney, Australia, set out to examine the survival gains that patients felt would justify different complications. Patients for the study were recruited from the Prostate Cancer Care and Outcomes Study (PCOS), a population-based cohort of men aged less than 70 years when diagnosed with prostate cancer, recruited from the NSW Central Cancer Registry, who were age- and postcode-matched to controls without prostate cancer.

A random sample of 357 men from a population-based sample of 1381 patients who had been recurrence-free for three years after being diagnosed with localised prostate cancer, and 65 age-matched controls without prostate cancer completed the preference survey. The survey considered the “hypothetical health states” of erectile dysfunction, loss of libido, urinary leakage, urinary blockage, bowel symptoms, fatigue and hormonal effects, each of which was rated as base, mild or severe. The questionnaire then included life expectancy, with levels 4, 8 or 12 years and ±25%, 50% or 75% respectively. Then according to patient answers, the survival gains needed to justify persistent problems were estimated from “an equation for compensating variation”. The retrospective design of the study, write the authors, allowed men to bring “personal experience” to bear on their hypothetical choices.

“Thus we found that relatively modest survival benefits were sufficient to offset the most common side effects of treatments for prostate cancer for about two-thirds of the most common health states 3-years post-diagnosis,” write the authors.

However, even substantial survival benefits were insufficient to offset severe urinary dysfunction, they add, which at three years was reported by 14% of their sample.

“Emerging evidence about survival benefits can be assessed against these patient-based benchmarks,” write the authors. They point out that considerable variation in trade-offs among individuals underlines the need to inform patients of long-term consequences and incorporate patient preferences into treatment decisions. 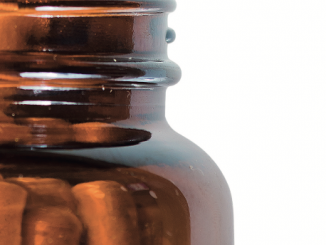