The prospect is too exciting to dismiss: a single, inexpensive pill that, taken regularly, can reduce the risk of developing or dying from several types of cancer. 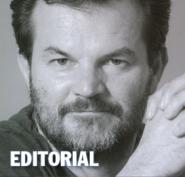 The prospect is too exciting to dismiss: a single pill – a cheap one too – that, taken regularly, can reduce the risk of not only heart attack, but also developing or dying from several types of cancer.

Evidence that regular use of aspirin can reduce the risk of dying from cancer has been steadily growing. It was boosted last year with publication in the Lancet[1] of a meta-analysis of eight trials by Peter Rothwell and colleagues, which showed a substantial reduction in mortality for a number of different cancers.

The study showed that a low dose of aspirin (75 mg per day, or a quarter of the nor- mal dose taken for pain relief), taken for longer than five years, reduces death rates from all cancers by 34%, and for gastrointestinal cancers by as much as 54%.

The risk of death remained 20% lower for all solid cancers over a period of 20 years, with the risk from gastrointestinal cancers dropping by 35% – even though the participants would probably have stopped taking aspirin after the trials ended. The 20-year risk of death was cut by about 30% for lung, 40% for colorectal and 60% for oesophageal cancer.

With data like these, why has no medical organisation issued guidelines or recommendations on the use of aspirin as an anticancer therapy? The problem is that we still lack strong evidence from adequately powered randomised trials. None of the trials included in the meta-analysis was designed specifically to assess whether aspirin reduces cancer incidence or mortality. And although many studies, including a few clinical trials, indicated that aspirin does play a preventive role, other studies have reached a different conclusion. It would take a very long time and a very large study to demonstrate an effect in any trial that took cancer mortality as an end- point – indeed it may not be possible, particularly as many people are already taking aspirin for cardiac prevention and pain relief.

Potential side-effects have also to be taken into consideration, since aspirin can substantially increase the risk of serious gastrointestinal bleeding, even at low doses.

One issue that needs urgent investigation is the effective dose. Rothwell argues that a daily low dose (such as 75 mg) may be the right choice, while others suggest up to 325 mg at least twice a week. Contributing to the debate is a recent study[2] using aspirin at 300 mg twice a day for two years, in a high-risk population, which cut the rate of colorectal cancer by 63%.

It would be great to be able to say that this century-old pill represents the next great clinical advance in cancer. Yet for the moment, at least, the emergence of aspirin into a cancer prevention role seems to be on hold. The experts are recommending neither for nor against, advising only that any decision about daily aspirin use should be “made only in consultation with your healthcare professional”. Posterity will judge whether they are right.

2: Burn J, Gerdes AM, Macrae F, et al on behalf of the CAPP2 Investigators. Long-term effect of aspirin on cancer risk in carriers of hereditary colorectal cancer: an analysis from the CAPP2 randomised controlled trial. Lancet. 2011 Oct 27. [Epub ahead of print] 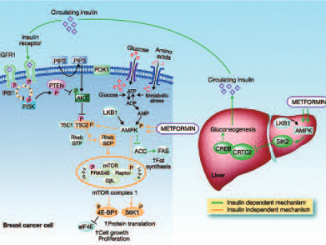 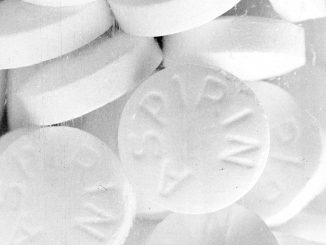 Linking DNA methylation to Aspirin use and breast cancer survival