A great short piece by medical student Armaan Rowther flagging up the role of anatomy labs in shaping medics attitudes towards their future patients. “Is the language of medicine that is learned in anatomy lab limited to anatomical vocabulary or does it extend to our less technical conversations about patients, and even the extent to which our words respect and humanise the people in our care?” he asks

“Your First Patient: The opportunity to dissect a human body is a once in a lifetime opportunity. The cadaver that you will use for dissection was donated by a person who wished to make a contribution to your education as a physician. It is not possible to put into words the emotions experienced by that individual as he or she made the decision to become a body donor. It goes without saying that the value of the gift that the donor has made to you cannot be measured, and can only be repaid by the proper care and use of the cadaver. The cadaver must be treated with the same respect and dignity that are usually reserved for the living patient.” Grant’s Dissector, 15th edition

Your first patient. These were the first words I would be assigned to read when I began my first year of medical school. They are the opening words of the introduction to Grant’s Dissector, a dissection manual used by medical students around the world, and are intended to frame students’ understanding of the cadaver from which they will derive their first lessons in human anatomy and medicine overall.

I found the notion – that we would perceive the deceased body as our first patient – to be comforting and disconcerting at the same time: comforting because I was hopeful that the standards of our treatment of the cadaver would be raised to the level of respect and compassion that would be owed to a live patient, but disconcerting because I dreaded that the standards of our treatment of patients would instead be lowered to the level of dispassionate objectification and dehumanisation that the anonymous, embalmed body might evoke.

The first day was unforgettable. One of my lab partners broke into tears upon unzipping the body bag lying on the stainless steel table before us. Such raw emotions were apparent across the lab, which was otherwise dead silent in those first moments. For some, it was the first time seeing a dead body, while for many others it was the nearest they had ever been to one. While our first patient may have not been alive for months, the unique features of her face and contours of her hands made the living person she once was feel palpably near; even speaking seemed to violate the solemnity of the scene.

For several hours a day, five days a week for eight weeks, we would dissect, transect, and strip our first patient down to the bones, literally. Progressing from region to region of the body, we would be responsible for identifying various anatomical features. Beyond mere naming, this involved perceiving each structure with multiple senses: seeing the blood vessels branching through the limbs, touching the hard stones discovered in the gall bladder, smelling the partially digested material seeping out of the intestines. Needless to say, the task at hand required that our raw emotions from the first day be tempered, our visceral reactions subdued. In a word, we had to become desensitised.

The meaning of this word, desensitised, changed through the course of anatomy lab. At the start, it denoted a process of growth out of fear and disgust and into curiosity and awe, from hesitating to even speak to confidently removing layers of fascia as a team, relying on one another’s skills and knowledge for collective success in a novel and challenging task of learning. The value of such a transition in one’s medical training is enormous.

Yet, by the end of the eight weeks, desensitised had taken on an entirely different meaning for some students. These were the students who would begin handling their cadavers with the delicacy of a rag doll, who would make inappropriate jokes during the genitourinary section, and who ultimately would treat their ‘first patient’ like one would an object that had never been alive.

The language of medicine

Todd Olson, PhD, an anatomist at Albert Einstein College of Medicine, said that “anatomy is the foundation for the language of medicine: the language health-care professionals use for communicating about patients.” Dr Olson was most likely referring to the basic anatomical vocabulary of medicine, the terminologia anatomica that one first learns in the anatomy lab and that subsequently forms the foundation of concise and accurate discourse between physicians about the health and disease of patients. Yet, in the wake of recent attention on how doctors speak of patients, generated by a conversation secretly recorded by a sedated patient undergoing a colonoscopy, one cannot help but wonder about the other possible meanings of the statement.

Is the language of medicine that is learned in anatomy lab limited to anatomical vocabulary, or does it extend to our less technical conversations about patients, and even the extent to which our words respect and humanise the people in our care?

This question is often left out of debates about the need for cadaver dissection in medical training, yet it represents some of the most important lessons and formative experiences of anatomy lab. In interactions with their ‘first patient’, some students discover a profound appreciation for humanity and a humbling reminder of the unique privileges and responsibilities we shoulder as physicians. Others merely learn mechanisms of coping during this encounter with death, how to suspend their emotional reaction and physical repugnance while distancing themselves from any sense of the human life that the cadaver once had.

Regardless of what we take with us from anatomy lab, apart from the smell of formaldehyde, the experience imparts much more on our language and training than the names of anatomical structures, and this contribution to our medical education deserves both caution and attention.

This piece was originally published on the Medical Madrasa blog (http://medicalmadrasa.blogspot.co.uk/) on 28 June 2015, and is republished with permission from the author © Armaan Rowther (2015)

We’re reaching out to Medical students

ESO has teamed up with ESMO to help convince more of the brightest and best young medical students to go into medical oncology. A newly launched summer course, held in the Spanish town of Valencia, offers students in their fourth or fifth year of medical school the chance to spend an intensive five days interacting with international experts; learning a practical approach to cancer diagnosis, staging, prognosis and therapy; getting to grips with the basic principles of medical oncology; and discussing how to plan their careers.

The first course, held this July, had such a high standard of applicants that 50 of the nearly 300 who applied were given a place, rather than the 40 that had initially been envisaged.

Encouraging more medical students to consider a career in medical oncology will be essential to ensure that the patients of tomorrow will have enough top-quality doctors to care for them and to keep pushing up standards of clinical practice. 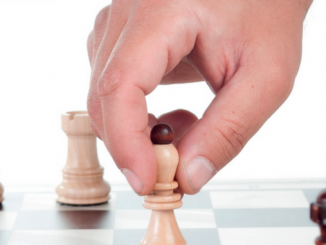 Keeping one step ahead: Could trials do more for patients with incurable cancer? 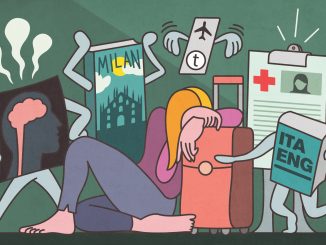 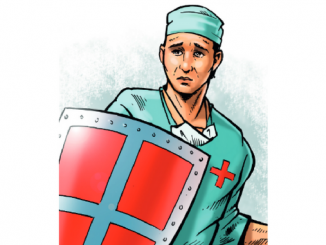 Once upon a loss