Repurposing established drugs for oncology patients offers the potential to deliver cheaper and faster drug development. This could help close the widening gap between patient expectations and healthcare budgets, as the cost of medical anticancer therapy escalates. In this review, Francesco Bertolini and colleagues consider barriers to drug repurposing and suggest ways to overcome them, in the interests of patients and society globally.

There is growing recognition that the budgets of most national healthcare services will be unable to support the current explosion in costs of new oncology drugs for much longer. The worldwide spend on oncology drugs in 2013, for example, was US$ 91 billion, with global sales of the 10 biggest selling oncology drugs reaching $ 43 billion (Global Oncology Trend Report, 2014, IMS Institute for Healthcare Informatics).

Increasing evidence suggests combination therapies are more likely to be effective against advanced neoplastic lesions than single agents or sequential drug combinations. This is because the number of cancer-inducing DNA mutations is larger than originally anticipated, and evidence suggests complex variations between and even within tumours in each patient. Tumour microenvironments also play a major role in tumour growth, and immunotherapies such as checkpoint inhibitors, which target the tumour stroma, look promising. In the majority of cancer patients, testing combinations of therapies offers the opportunity to target multiple derailed cellular machineries.

Repurposing the arsenal of drugs approved for non-cancer indications, for which preclinical and clinical safety data are available, might offer effective treatment options for cancer patients. In theory, drug repurposing allows faster development, reduces costs, and leads to safer preclinical and clinical validation protocols. However, reports of successful repurposing of drugs as anticancer agents have been limited.

A variety of technologies can be used to identify drugs preclinically for repurposing from the existing armamentarium of approved drugs.

The vast majority of drugs possess off-target effects that might contribute to therapeutic benefits (Nature 2009, 462:175–81). By interrogating existing scientific databases, researchers can identify drugs that recognise specific targets. The identification of tricyclic antidepressants (imipramine and clomipramine) for treatment of small-cell lung cancer offers an example of this approach. An alternative strategy is to select agents assuming that drugs with similar side-effect profiles share targets (Science 2008, 321:263–66).

This strategy combines knowledge mining and molecular modelling, using algorithms to screen a wide range of molecules to see how they interact. Once a shortlist has been identified, validation steps can be performed in vitro and in vivo. Although successful examples of in silico screening exist, the approach has yet to be validated in drug repurposing (Drug Discov Today 2013, 18:110–15). Virtual screening, for example, showed that simvastatin interacts with oestrogen receptors (PLoS Comput Biol 8:e1002503 2012).

While extensive in vivo screening of agents in animal models is currently not possible, it is recognised that testing drugs in animals could provide important scientific validation for drug repurposing. Investigators who screened 182 drugs in a glioblastoma xenograft model, for example, identified anticancer activity for candesartan, risedronate and terbinafine (PLoS ONE 2014 9:e101708).

Well-conducted clinical trials in pets diagnosed with cancer can offer insights and provide information on the potential of drugs to treat human cancers. The combination of piroxicam with metronomic cyclophosphamide in dogs with soft tissue sarcomas provides an example deserving possible consideration in humans (J Vet Intern Med 2008, 22:1373–79).

Patient reports of unexpected side effects or clinician observations of unexpected outcomes provide opportunities for repurposing. Observations from ‘off-label’ use of drugs can give preliminary signals of activity, especially in paediatric oncology (Drug Discov Today 2013, 18:4–10).

Epidemiology studies can be used to determine associations between use of drugs and specific outcomes. A case-control study, for example, first suggested a possibly reduced cancer risk in diabetic patients treated with metformin (BMJ 2005, 330:1304–05). Additionally, epidemiological evidence suggests the beneficial effects of aspirin on overall mortality are mainly through reductions in cancer deaths (Lancet 2011, 377:31–41). Later studies suggest the PIK3CA mutation serves as a predictive biomarker for response to adjuvant aspirin therapy in colorectal cancer (Br J Haematol 2002, 121:768–71).

In-depth sequencing of tumour DNA can identify mutations, deletions and gene amplifications as well as new targets with the potential to be druggable. One example was the in-depth-characterisation of the genetic landscape of patients with Philadelphia chromosome-like (Ph-like) acute lymphoblastic leukaemia, revealing that the majority had genetic alterations responsive to tyrosine kinase inhibitors (NEJM 2014, 371:1005–15). The repurposing of drugs already approved for patients with neoplasms has advantages, including the availability of dose-finding data, and information on side effects and interactions with drugs already used in cancer patients.

This approach explores how drugs already used in other medical fields can be repurposed for oncology. One of the best examples here is thalidomide, withdrawn in the early 1960s after evidence of severe teratogenicity, which was later found to have possible anti-angiogenic effects. The finding prompted a trial in which thalidomide was found to have response rates ranging from 25% to 35% in relapsed/refractory myeloma (NEJM 1999, 341:1565–71). Subsequent trials exploring thalidomide in combination with other agents active against myeloma cells showed response rates of 50% when used with steroids (Br J Haematol 2003, 121:768–71) and 70% with steroids and alkylating agents (Hematol J 2002, 3:43–48). More recent initiatives include development of thalidomide analogues, such as lenalidomide and pomalidomide, to overcome toxicity, and biomarker studies to predict which subpopulations benefit.

Drug repurposing programmes in oncology have so far achieved limited success. While examples of drug repurposing can be found in neuro-psychiatry (Nat Rev Drug Discov 2004, 3:673–83), in oncology, if new cancer indications for known anticancer drugs (such as the repositioning of imatinib for GIST tumours) are excluded, success stories have been limited.

The reasons are multifactorial. Firstly, no data exist suggesting failure rates of repurposing projects would be any different from other new drugs (Drug Discov Today 2013, 18:523–32).  Establishing the recommended dose required to achieve anticancer activity is another issue. Some drugs demonstrate benefits for doses recommended for other indications, while others require higher doses to exert anticancer effects. Some preclinical experiments with fluvastatin, propranolol, omeprazole or candesartan in oncology required higher doses than those recommended for different indications.

Intellectual property and patent protection are important considerations, with problems and solutions depending on whether drugs are proprietary or already available as generics. Lack of commercial interest can impede efficient clinical research on use of drugs (JCO 2014, 32:720–21). For proprietary drugs, extending life cycle is in the company’s interest, since any new indication will bring additional years of market exclusivity – three years in the USA, one year in Europe, and four years in Japan. However, cancer trials have long follow-ups and high failure rates, making them less attractive. For generic drugs, the ability to patent new uses is theoretically feasible, but investors often prefer drug development projects with stronger legal protection, avoiding possible future commercial competition. Paediatric indications and orphan diseases are two notable exceptions, where financial incentives exist in the form of market protection (Access Health Policy 2014, 2:22813). Justifying a dramatic price increase for a cheap generic drug to recoup investment can be problematic.

While at first glance, promotion of comparative effectiveness research offers a great opportunity for generic drugs, the cost of non-inferiority trials comparing traditional with new agents can come in at around US$ 68 million. As a consequence, repurposed drugs may not demonstrate the expected favourable cost-effectiveness ratios compared to new entities. Several drugs show clinical benefits in randomised clinical trials that are supported by additional preclinical evidence, but lack strong patent protection, making them unattractive for company-driven drug development (see table).

Concrete action to implement effective solutions is necessary to ensure that the scientific community does not repeat mistakes or miss opportunities from the past. One of the most promising solutions is offered by public–private initiatives that encourage research into shelved compounds to identify potential new targets for diseases (Nat Rev Drug Discov 2011, 10:397). As intellectual property exists in this case, commercial drug development may be possible.

Not-for-profit foundations (especially those focusing on rare cancers, orphan or neglected diseases), health insurance companies and governments all have crucial roles to play in drug repurposing. Yet governments seem unaware of the potential for drug repurposing to lower cancer treatment costs, and to offer additional therapeutic options to cancer patients. One therapeutic strategy for patients in low- and middle-income countries, where the price of new drugs makes them unaffordable, is to perform trials of repurposed drugs in patients with cancer for whom no other options are available.

There are a number of ways to promote drug repurposing:

Financial incentives encouraging companies to take the risk of repurposing non-cancer drugs could include rewarding them with options for longer market exclusivity and/ or re-negotiating prices for new indications.

Agents abandoned after being found ineffective for non-safety reasons in non-oncology indications should be systematically discussed by teams from different therapeutic domains.

To make phase III trials of repurposed drugs affordable, central funding bodies could dedicate budgets to co-fund necessary trials when contacted by smaller funding bodies. Governments could provide incentives to not-for-profit foundations by providing matched funding for trials. Governments or health insurers could then commit to reimburse costs of trials to funding foundations where results are positive.

To facilitate the process of getting regulatory approval for new indications, governments, investigators and not-for-profit organisations could be allowed to submit dossiers, rather than just the drug manufacturers as at present. The EMA/FDA could provide scientific advice.

“Considering the large arsenal of potentially effective drugs that are available for repurposing studies, we believe scientists, clinicians, regulatory agencies and patients should evaluate together how to promote a fast-track and adequately budgeted roadmap for drug repurposing in oncology, both at the bench and the bedside.

More preclinical studies and clinical trials might be designed to include repurposed drugs. The EMA and FDA will need to modify current regulations to enable official licensing of combinatorial therapies using repurposed drugs.

Considering the possible and unexpected synergies between repurposed drugs, in vitro approaches for single- drug evaluation in multiple cancer types might be re ned to investigate multiple combinatorial therapies. And, of course, we would like to see more high-quality clinical trials conducted on mechanisms”.

Academic and independent-driven preclinical and clinical research programmes, we believe, should be promoted both nationally and internationally. For such programmes to prove successful and ultimately bring benefits to cancer patients, the design and quality of repurposing trials will need to be optimised. Broad communication of the results of well-performed repurposing trials will be necessary to ensure they become practice-changing.  Where no interest can be raised from the private drug development sector, non-commercial drug development strategies will be required. Not-for-profit drug companies have emerged to address problems of the developing world, and we, like others, believe such companies could positively affect the outcomes of patients in economically developed countries as well. 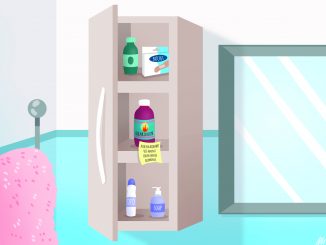 Too affordable: how can we overcome the drug repurposing paradox?