A blood test that can predict how men with advanced prostate cancer will respond to specific treatments has been validated in a multi-institution cohort study, recently published on Jama Oncology by an International group coordinated by Howard Scher, of the Memorial Sloan Kettering Cancer Center in New York, accompanied by a commentary that invites to wait for further evidence. The biochemical assay can identify the patients with metastatic castration-resistant prostate cancer (mCRPC) that for second- or later-line therapy will benefit most from either androgen receptor signaling (ARS) inhibition or taxane-based chemotherapy.

“ARS inhibitors are the preferred first line of treatment because they target the hormones that provide the fuel for prostate cancer cells to grow. However, at some point, cancer cells can figure out a way to survive without this fuel and become resistant to ARS inhibitors, in many cases through production of the AR-V7 protein. That’s why chemotherapy is sometimes used a second line therapy” explains Alison Allan, from the Western University of London in Ontario (Canada) among the authors of the paper.

Scher and  colleagues selected 142 participants (mean age 69.5 years), who were observed from December 2012 to September 2016, and who were treated with either taxanes (n = 72) or androgen receptor signaling (ARS) inhibitor (n = 70), the two most widely used drug classes to treat advanced prostate cancer.

They examined circulating tumour cells (CTCs) with a liquid biopsy test, evaluating whether or not the patient’s CTCs contained a protein called AR-V7 in the nucleus. Eventually, AR-V7 (androgen receptor splice variant 7) has been demonstrated to be a good biomarker: indeed, the study found that patients positive for the protein responded best to taxane-based chemotherapy while those who tested negative for the protein responded best to hormone-targeting therapy.

“The validated nuclear-localized AR-V7 assay can be used to select a taxane or ARS inhibitor and provide individual patient benefit” conclude the authors.

A cautious approach to these results is recommended by the authors of the accompanying comment, entitled “The Devil Is in the Detail”: “Overall, if confirmed by prospective randomized studies generating level 1 evidence, data on AR-V7 could affect survival and quality of life and substantially decrease the high costs of therapy. A test that truly demonstrates futility of a specific treatment could be important, since treatment efficacy currently requires following prostate-specific antigen response for at least 4 weeks of abiraterone after enzalutamide, or enzalutamide after abiraterone” write Stephen Plymate, of the University of Washington in Seattle, and colleagues. “Neither of these treatment switches have, however, been proven to impart survival benefit with modest antitumor activity, and are not widely reimbursed. Nonetheless, such validation of predictive bio-markers and clinical qualification would have major implications, especially in earlier treatment settings, although many challenges need to be met”. And they conclude: “The treatment landscape of prostate cancer is rapidly evolving, with recent approvals for abiraterone for treatment-naïve metastatic disease and apalutamide for M0 CRPC, making the development of predictive biomarkers a high priority. Earlier use of these agents will result in increased earlier expression of AR splice variants, providing increased impetus for developing therapeutic strategies blocking AR splice variant signaling to improve outcomes. Predictive biomarker assays for these are needed. We question whether the data reported herein support the use of this assay to select patients for treatment with enzalutamide after abiraterone or abiraterone after enzalutamide, especially since multiple groups have reported that that AR-V7–positive patients can still respond to these agents.”

Male breast cancer is not congruent with the female disease 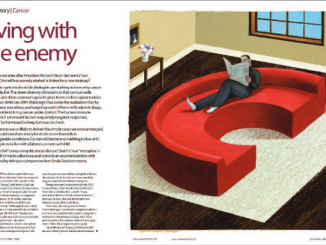 The no miracle cure’ story 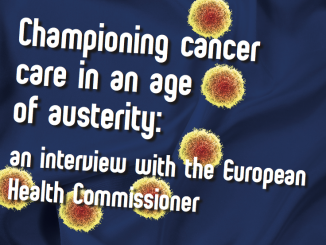