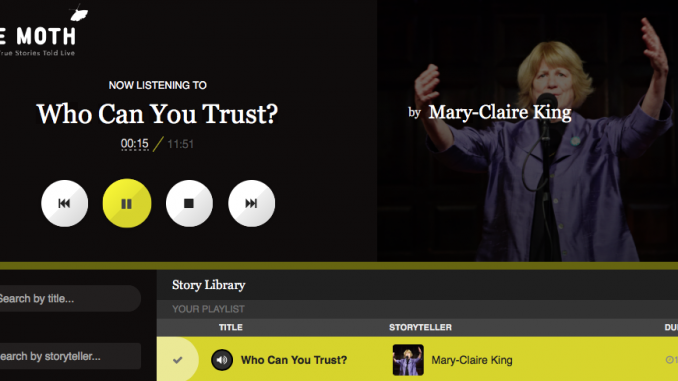 What happens to a strong and motivated scientist when she is left by her husband? When it happened to Mary-Claire King, many unusual things happened: she learned that she had just been awarded tenure at the Berkeley University, and immediately after that she found her house robbed (all in one day). Still, she managed to fly to the NIH and get funded for the proposal that would later allow her to discover the role of the BRCA1 gene in cancer.

King told the story of “The Week My Husband Left And My House Was Burgled I Secured A Grant To Begin The Project That Became BRCA1” in a fascinating radio monologue fot “The Moth”, later published on The Huffington Post UK. She was almost giving up…

I called my mentor, who had been my postdoc adviser at UC San Francisco until just a couple of years before. He was already in Washington, D.C., by happenstance at an oncology meeting, and I said, “I’m not going to be able to come,” and I explained briefly what had happened. Of course, he knew me well. And he just listened to all this. He had grown daughters and said, “Look, come.”

He said, “Bring Emily. Emily and I know each other. I’ll sit with her while you’re giving your presentation.” He had grandchildren of his own.

Luckily for her, and for cancer research, she managed in the end, after several more hurdles to overcome and one historical encounter: the whole story is worth listening from her voice, or reading. 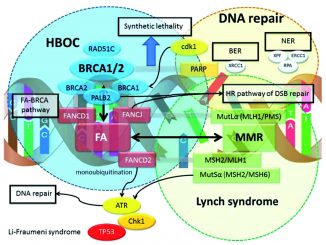 Hereditary mutations in cancer: the use of panels and genetic counselling