The protest that brought many Romanians in the streets, ignited by a law proposal on corruption, soon touched other sensitive topics, including the dramatic state of public hospitals.

A highly contested law proposed by the government – led by the socialist party that recently won the election – was seen as a helping hand for corrupt politicians and hospital managers currently on trial in different cases in court. In recent years, the managers of some of the biggest oncology clinics in the country were accused of corruption, along with many other public servants: they allegedly kept for themselves between 10% and 20% of the value of public tenders assigned to private companies. According to the proposed law, expenses ­approved without respecting the rules – also by public hospital managers – would be excused for amounts under 44.000 euro. Faced with the intense unrest, the Romanian government withdrew the first version of the law, and is currently working on a similar bill.

Protesters vehemently object also the decision to halve the money devoted to investments in hospitals, compared to last year, while the budget for cancer therapies is in a chaotic situation. In theory, cancer patients are supposed to receive their therapies faster, but in practice the procedure must go through a special commission that must approve the prescriptions for patients with rare diseases – which include cancer – and that commission disappeared overnight.

“The decision looks good at first, but the government did not perform an analysis of the impact when they took the decision, to anticipate the effects of the law” says Vasile Barbu, the president of a patient organisation. “We risk to have no more drugs for these patients in fact shortly”.

In recent days, many cancer drugs have disappeared from the market, and many cancer patients had to interrupt their treatments. Health Minister Florian Bodog, promised, however, that he will find solutions to this crisis and will bring in emergency cytostatics missing from hospitals to treat cancer patients.

In this climate, also another law intended to release from prisons authors of non-violent crimes and to improve the conditions for those living in jail caused an angry reaction, and prompted many protesters to compare the situation in prisons with that in public hospitals: “The life is too good for you in prisons, I would close you in hospitals”, read one of the signs shown in Victory Square from Bucharest, the main meeting point for protests. “Romanian cancer patients die in overcrowded hospitals, often treated with indifference. Radiotherapy for them is available only in a few cities. Chemotherapy, from time to time. Conditions in the hospital are worse than in jail” read one of many similar comments posted on social media. 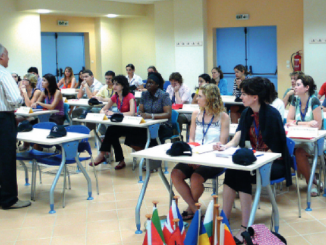 Let us convince you! Enticing medical students into oncology 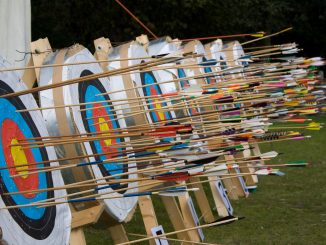 New cancer drugs may not work the way scientists thought

1 Comment on Romanians protest against corruption that plagues hospitals