Higher rates of detection of precancerous adenoma were associated with lower lifetime risks of colorectal cancer and colorectal cancer mortality and did not result in greater overall healthcare costs, a Dutch microsimulation model study has found.

Colonoscopy reduces colorectal cancer mortality through detection and treatment of precursor adenomatous or early cancerous lesions. However, quality, as measured by adenoma detection rates, varies widely among physicians. While studies suggest that higher adenoma detection rates are associated with better disease detection and better management, little is known about consequences for costs and other benefits of screening programmes.

Reinier Meester and colleagues, from Erasmus University Medical Centre, Rotterdam, carried out microsimulation modelling to estimate the lifetime benefits, complications and costs of an initial colonoscopy screening programme at different levels of adenoma detection. The team used data from the Kaiser Permanente Northern California healthcare system on variations in adenoma detection rates and cancer for 57,588 patients examined by 136 gastroenterologists between January 1998 and December 2010.

MBD refers to the appearance of breast tissue on mammograms, reflecting variations in breast tissue composition and x-ray attenuation characteristics. Unlike other breast cancer risk factors, MBD – which is influenced by genetic factors – can change over time. It decreases with age and is further reduced by multiparity and menopause. While it is well recognised that MBD in the upper quartile is associated with a four- to six-fold higher risk for developing breast cancer than MBD in the lower quartile, less is known about its possible prognostic importance.

Since high MBD is such a strong risk factor, it could be hypothesised that, in patients with breast cancer, higher densities would yield a worse prognosis. In the current study Amro Masarwah and colleagues, from Kuopio University Hospital, Finland, set out to examine the prognostic value of MBD and other mammographic features in 270 patients, who had a median age of 58 years, with previously diagnosed invasive breast cancer. MBD was classified by consensus among five trained radiologists according to density, with very low density (VLD) <10%; low density (LOD) <25% and mixed density (MID) >25%.

“Breast density is a readily available, cheap and easy-to-interpret form of information and, according to our analysis, proved to be an independent and clinically important prognostic feature. The ability to predict the course and outcome of the disease beforehand by analysing certain features on a mammogram is a desirable and useful tool for clinicians,” write the authors.

In future breast cancer studies, they add, proper categorisation of breast tissue density is important. “Performing a more detailed radiological subdivision amongst the low density group should be advocated, as only the patients with very low densities showed significant associations with poor survival,” write the authors. Studies are needed to clarify hormonal, biological and genetic interconnections between breast density and breast cancer aggressiveness.

Despite progress in understanding pancreatic ductal adenocarcinoma (PDAC) at the molecular level, no significant improvements in diagnosis and therapy have been made in the last 30 years. Currently 80% of patients with PDAC present with locally invasive and/or metastatic disease, leaving only 20% eligible for potentially curative surgery. Timely detection of PDAC has been hampered by lack of specific clinical symptoms in the early stage of disease, insufficient sensitivity of current imaging modalities, and lack of accurate body fluid-based biomarkers for early stage disease.

In the current study Tatjana Crnogorac-Jurcevic and colleagues, from Queen Mary University, London, looked to develop a diagnostic test in urine specimens. Urine, the investigators reasoned, offers advantages over blood since it provides an ‘inert’ and stable matrix for analysis and can be repeatedly and noninvasively sampled in sufficient volumes.

In the discovery phase the team explored levels of 1,500 proteins in urine specimens from six patients with PDAC, six patients with chronic pancreatitis (CP) and six healthy controls. Using GELC/MS/MS assays they found that only 481 of the proteins were common to males and females, and that three of these proteins – LYVE-1, REG1A and TFF1 – were higher in PDAC patients.

For the validation phase, 192 urine samples from PDAC patients, 92 from chronic pancreatitis patients and 87 from healthy subjects were assayed.

“Being completely non-invasive and inexpensive, this urine screening test could, upon further validation, and when coupled with timely surgical intervention, lead to a much improved outcome in patients with high risk of developing PDAC,” write the authors.

The healthy cancer controls, they add, were on average younger than cancer patients, making it important for further validation studies to use older controls.

The improved accuracy with CA19.9, say the authors, may be important in light of recent findings that serum CA19.9 is upregulated for up to two years before PDAC diagnosis.

The priority cohort for screening strategies, they suggest, should include families with a high incidence of pancreatic cancer (at least two affected first-degree relatives) and individuals with hereditary conditions, such as intestinal polyposis syndrome Peutz-Jeghers.

Assisted reproductive technology has no influence on breast cancer outcomes

Pregnancy using assisted reproductive technology (ART) in women with a history of breast cancer is feasible and does not appear detrimental to cancer outcomes, a European multicentre retrospective study has found.

With around 65–70% of young breast cancer patients alive and free of distant relapse 10 years after diagnosis, there is a need to explore the feasibility and safety of ART in breast cancer survivors whose fertility may have been impaired by treatment.

In the current study Oranite Goldrat, from Erasme Hospital in Brussels, Belgium, and colleagues from Brussels, Milan, Macerata, Barcelona and Denmark, for the first time set out to evaluate the effect of using assisted reproductive technology on rates of recurrence and death in patients who were previously treated for breast cancer and subsequently became pregnant.

Women aged 18 to 45 years, who were diagnosed with primary non-metastatic breast cancer between 2000 and 2009 and who subsequently became pregnant, were eligible for the study. The cohort was divided into two groups according to whether pregnancies occurred spontaneously (Spontaneous Group) or after using assisted reproductive technology (ART Group). Data were collected on clinico-pathological characteristics, breast cancer treatment (date of diagnosis, histological type, histological grade, tumour size, nodal status, endocrine receptor status, HER2 status, type of breast surgery, chemo- and endocrine therapies), fertility treatments (ovulation induction, ovarian stimulation for IVF and oocyte donation) and pregnancy-related information (age at conception, number of pregnancies, and pregnancy outcome).

Results showed that altogether 173 women were followed up in the Spontaneous Group (247 pregnancies) and 25 women in the ART group (34 pregnancies). No significant differences in breast cancer outcomes were observed between the two groups for local recurrence, distant recurrence and contralateral breast cancer (P=0.54 for all). Patients in the spontaneous pregnancy group were younger (mean age: 31.2 vs 33.7 years, P=0.009) and had a higher frequency of histological grade 3 tumours (59.6% vs 36%, P=0.033). On the other hand, women in the ART group had more node-negative, oestrogen receptor- (ER)-positive tumours and shorter durations of endocrine therapy, although these differences did not reach statistical significance.

“Our results indicate lack of a detrimental effect of attaining pregnancy via ART on the risk of recurrence in women with history of breast cancer. While the number of patients included in the study is relatively small, warranting further confirmation, we believe this study would provide physicians with important guidance when counselling their patients in the daily practice,” write the authors.

Interestingly, they add, women undergoing ART had more favourable prognostic parameters, suggesting physicians were selective in offering ART to patients with a relatively good prognosis. “This underscores the uncertainty and fear of the safety of ART in women with history of breast cancer,” write the authors.

The trend for earlier discontinuation of endocrine therapy among ART patients, they suggest, is due to higher age, leaving women with no choice but to discontinue treatment early.

Among men with asymptomatic prostate-specific antigen (PSA) recurrence after radiotherapy for prostate cancer, use of salvage androgen deprivation therapy was nearly twice as high among men with high levels of anxiety about their PSA or poor health literacy, a US multicentre prospective registry has found.

Between February 2004 and March 2007, the COMPARE registry enrolled 1,120 men across 150 geographically diverse sites with biochemical (PSA) recurrence after primary therapy for localised prostate cancer. A total of 375 participants met the inclusion criteria of having received radiotherapy (external beam radiotherapy or brachytherapy) but not radical prostatectomy as initial treatment, and having complete information on PSA anxiety (assessed using three questions from the Memorial Anxiety Scale for Prostate Cancer) and health literacy (based on the Rapid Estimation of Literacy of Medicine [REALM-SF]). For REALM-SF, patients were asked to pronounce seven medical words out loud (meno-pause, exercise, rectal, behaviour, antibiotics, jaundice, and anaemia), to give literacy levels higher than ninth grade (all words pronounced correctly) and lower than ninth grade (fewer than seven words pronounced correctly).

“These findings suggest that patient-level concern or understanding are significant drivers… of receipt of salvage ADT [androgen deprivation therapy] at biochemical recurrence after radiotherapy and men with high PSA anxiety or low health literacy may be more likely to push for or accept treatment,” write the authors.

Given that early salvage androgen deprivation therapy is costly, worsens quality of life, and has not been shown to improve survival, write the authors, quality improvement strategies are needed to help these individuals. “Oncologists should ensure that anxious and less health literate patients are adequately counselled about the benefits and risks of salvage ADT before they decide to pursue therapy. A concerted effort to ensure that patients’ worries, anxieties, and uncertainties are addressed could prevent many patients from undergoing early initiation of salvage ADT.”

Levels of cancer suspicion following ‘warning symptoms’ were low overall, and even lower among less educated respondents, a community sample questionnaire has found.

Studies where cancer patients report retrospectively on the process of symptom appraisal have suggested that failing to recognise symptoms that are due to cancer is an important factor determining delays in presentation. Prolonged intervals from symptom onset to seeking help may increase the risk of being diagnosed at a late stage. It has also been found that people with lower socioeconomic status are more likely to be diagnosed with later-stage disease for several cancer sites.

For the current study, Katriina Whitaker and colleagues, from the University of Surrey, in Guildford, UK, emailed two separate primary-care-based symptom surveys (using the same questions) to 9,771 adults aged over 50 years, with no cancer diagnosis, to test the hypothesis that people with less education are less likely to suspect cancer when they experience a cancer ‘warning sign’.

Lower education level was associated with lower likelihood of cancer suspicion: 2.6% of respondents with school-only education versus 7.3% with university education suspected cancer as a possible cause. In multivariable analysis, low educational level was the only demographic variable independently associated with lower cancer suspicion (OR=0.34). There were no significant associations with sex, age, marital status, employment or ethnicity.

“Our finding that people in general have low cancer suspicion when they experience ‘warning signs’, and that this is even lower in those more likely to be diagnosed at a later stage is important. People may need to be encouraged to lower their cancer suspicion ‘threshold’ through earlier diagnosis interventions, both at the public health and GP level,” write the authors.

One issue for consideration, they add, is the tension between encouraging people to think seriously about symptoms that could give an early warning of cancer and creating fear or hypochondria. A possible solution, they suggest, is to develop educational information that associates symptoms with potential illness rather than cancer. 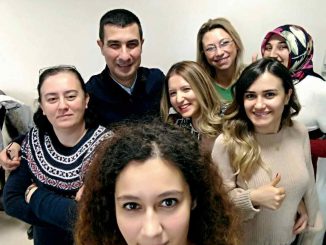 Bahadir Güllüoğlu: driving up standards in Turkey towards the best in breast 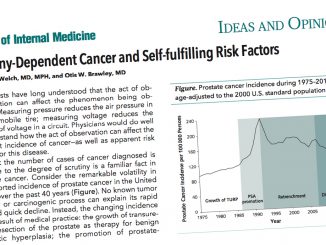