The World Oncology Forum is challenging global policy makers to face the reality that current approaches to controlling cancer are not fit for purpose. An invitation to Davos shows they may be listening, but do they yet understand the need for change? 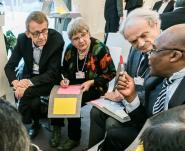 When the World Oncology Forum first convened in Lugano three years ago to debate the question “Are we winning the war against cancer?”, it was intended to be more than an academic exercise.

The date was October 2012. New statistics from the Global Burden of Disease, set to appear in The Lancet, would shortly confirm that cancer and cardiovascular disease had become the top two global causes of death. Researchers at the WHO’s International Agency for Cancer Research had recently published a study showing that, by 2030, annual death rates from cancer would rise by almost 60%, to 13.2 million people, with the lion’s share of the burden falling on the developing world. Optimism about the new targeted therapies was giving way to a more sober assessment about the size of the challenge of overcoming resistance. It all pointed to the need to evaluate whether current efforts to control cancer were on track and, if not, to formulate new strategies.

The clue was in the name: the World Oncology Forum (WOF). Convened by the European School of Oncology in conjunction with The Lancet, this was envisaged as a disease-specific version of that other Forum which gathers each January 160 km down the road from Lugano, at Davos. Like the World Economic Forum, WOF brought specialists (clinicians, researchers, epidemiologists) together with policy makers, advocates and industry for informed but informal discussions about how to respond to a serious global problem.

The exercise was also carried out with one eye on Davos, because developing a consensus within the cancer community would be a first step towards the bigger challenge of convincing the people with the power to deliver the changes that are needed. The World Economic Forum, with its mission of “improving the state of the world through public–private cooperation”, was after all the setting where Peter Piot had convinced a group of pharmaceutical company CEOs to sign up to the principle of giving poor countries access to anti-retrovirals at an affordable price. The Global Fund to fight AIDS malaria and tuberculosis, and the GAVI alliance are also closely connected with Davos.

The Stop Cancer Now! appeal, launched from the first World Oncology Forum, echoed many of the points raised by earlier international initiatives – the Paris Charter Against Cancer in 2000 and the UICC World Cancer Declaration of 2008 – about national and international priorities, and about the importance of an integrated and planned approach, of data and monitoring, and of evidence-based and locally appropriate solutions.

But it went further, in challenging prevailing assumptions and vested interests that continue to undermine efforts to mobilise a global response to cancer.

Stop Cancer Now! rejected the notion that unravelling the human genome and developing new knowledge about the molecular biology of cancer means that breakthrough treatments are only a matter of time. It characterised the business model for developing new therapies as “broken”, and called for “more efficient forms of public–private collaboration, geared to accelerating delivery of affordable therapies that are of real benefit to patients across the world.”

The appeal also rejected the notion that international efforts to address cancer in developing countries should be limited to promoting prevention measures as part of a wider strategy to control ‘non-communicable diseases’. It called for all cancer patients to have access to “a package of indispensable diagnostics and curative and palliative care shown to get the best possible results within the local setting,” and linked this to “the promotion and strengthening of universally accessible health systems… driven by cost-effective ways to deliver the best results and not by vested economic interests.”

In an appeal to Speed up Progress Towards a Cure, participants at this second Forum united behind a call for academic, not-for-profit bodies to be funded to take on much more of the work of drug discovery and early development, on the grounds that the research required to develop innovative treatments that can tackle the problem of resistance is expensive and risky. Continuing to rely so heavily on the commercial sector, which is inherently risk averse, would only prolong the succession of new drugs that only marginally delay the onset of resistance at increasingly unsustainable prices.

This appeal also called for a package of negotiated changes to the evaluation/approvals process, pricing mechanisms, and academic incentives and rewards structures, to develop an ecosystem that encourages innovative and collaborative research, and aims high.

In a globalised world, all of these changes – pricing in particular – need to be discussed and agreed at an international level.

WOF also heard from Rengaswamy Sankaranarayanan, Special Advisor on Cancer Control at the International Agency for Cancer Research (IARC), about the impressive progress that has been made in a number of low- to middle-income countries. Participants concluded that meeting the needs of the 90% of the world’s population who lack access to even the basics of early detection, treatment and care is above all a national responsibility.

It’s up to governments to prioritise investment in cancer control, and to develop sustainable cancer services as an integral part of universally accessible health services. It is possible to protect quality and sustainability by ensuring that investment decisions are based on what can achieve the greatest benefit for the most people, services are delivered according to locally adapted evidence-based guidelines, and the whole system is effectively monitored.

A great deal can be achieved, even in the most resource-constrained countries, by prioritising early detection, basic diagnostics (X-ray imaging and ultrasound), high-quality cancer surgery, basic radiotherapy, generic drugs from the WHO Essential Medicines list, basic supportive and palliative care, and data collection.

Well-trained primary care/community health professionals have a key role in prevention, early detection and delivering many types of supportive and palliative care. This is where combining cancer strategies with wider efforts to combat non-communicable diseases can pay off.

However, participants recognised that even with the best political will in the world, lower-income countries and those at an early stage of building a basic health service need help. So in addition to calling for action from national governments, a third appeal, Treat the Treatable, also called for some form of ‘global cancer fund’ or ‘global cancer initiative’ to provide advice and implementation support, including soft loans, and function as a platform for negotiating affordable access to expensive equipment and therapies.

Like the changes to research, evaluation and pricing systems, this initiative would also need to be discussed and agreed at an international level.

The content of these fairly detailed appeals was not simply nodded through by the Forum; it emerged from lively and inclusive discussions, and represented a strong consensus among the participants, who are leading cancer efforts in a variety of fields, countries and settings. The question was, would it find a ready audience beyond their ranks, among those who need to be convinced?

There was only one way to find out.

Beyond the world of cancer

By the time of that second meeting in October 2014, the chair of the World Oncology Forum, Franco Cavalli, had already put steps in motion to get cancer onto the agenda of Davos the following January.

The organisers had agreed to “try out” this new topic as a candidate for inclusion on the Davos 2015 agenda, and had duly tabled “Cancer: the next global epidemic” as a panel session at a pre-Davos meeting held in September in Tianjin, China. Cavalli was invited to participate.

Back in Switzerland, the feedback from the Davos secretariat initially sounded very optimistic. But what finally emerged following consultation with the major partners was essentially two sessions, both of them focused on “breakthroughs” in therapy: A New Era in the Fight Against Cancer, and Pathways to a Cure. Cavalli was also invited to attend a third session, on the Crisis of Chronic Diseases.

The agenda was, in effect, predicated on exactly the assumptions WOF participants were seeking to challenge – that we are on track for finding a cure, and that the global epidemic of cancer can be adequately dealt with through addressing prevention and lifestyle issues common to all non-communicable diseases.

So while Cavalli welcomed the invitation to participate, the discussions were framed in a way that made it hard to speak to the WOF agenda. “I did what was possible promoting the ideas when I was able to,” said Cavalli, “but it was a very difficult environment to present what we want to achieve.”

The contrast between the approach taken to cancer and that taken to infectious diseases was quite stark. The titles of the latter sessions used words like “catastrophic”, and they focused on questions such as how to improve on the world’s “abysmal” initial response to the Ebola outbreak. A high-profile forum session was addressed by former UN General Secretary, Kofi Annan, as well as Margaret Chan, Director General of the World Health Organization, and the presidents of Guinea and Mali. A UN appeal for a $1 billion fund was launched to support the efforts of the national governments of Guinea, Liberia and Sierra Leone.

Yet for all the pain, trauma and economic disruption caused by the Ebola outbreak, from the time it started in March 2014 to the week of the Davos meeting in January 2015, the death toll was around 8,800, the epidemic had plateaued, and numbers were falling in every affected country.

During the same period more than 6 million people lost their lives to cancer, and the numbers will keep rising in the absence of a serious global response.

So what next? “We need to go back and gather more political support,” says Cavalli, pointing out that many leading figures have already attended UICC World Cancer Leaders Summits, including the Chinese health minister Chen Zu, who has a background in cancer research.

The current President of Uruguay, Tabaré Vázquez, who has a background in radiotherapy, may be particularly well placed to build momentum behind calls for international action on cancer, says Cavalli, as Uruguay will chair the Community of Latin American and Caribbean States for the next two years. Vázquez spoke at a World Cancer Leaders Summit in 2008, and Cavalli hopes he will agree to proposals to give a high profile to the need for action on cancer in the developing world.

Building political support for efforts to change the ecosystem for researching and developing new cancer therapies, Cavalli believes, will be less of a challenge. “The high cost of cancer drugs is already such a problem that it will inevitably be discussed at a political level,” he says. However, he believes that it will be important to promote discussion in both the scientific and the lay media.

The UK Financial Times has already run a piece on this issue, to coincide with the Davos meeting. It included a lengthy quote from Paul Workman, head of the UK Institute of Cancer Research, which drew on ideas discussed at last October’s World Oncology Forum, where Workman presented a keynote speech. Given the importance of the pharmaceutical industry and the strength of the not-for-profit cancer research sector, the UK is one of the countries where this debate will be crucial in the coming years.

And as for Davos? We’ll be back says Cavalli. 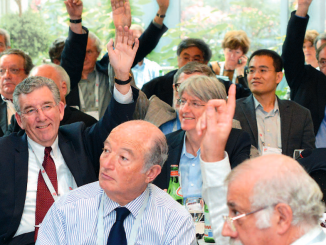 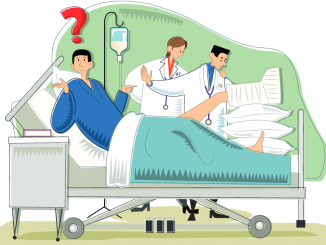 Nurturing empathy: an oncologist looks at medicine and himself 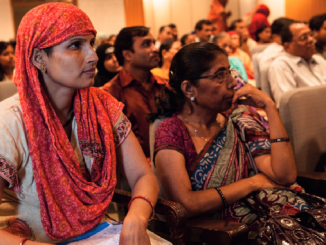