A shared sense of the value of helping people with incurable cancers achieve lives worth living has driven doctors to collaborate across borders for decades. An oncologist shares his experiences from the Cold War to the present day.

This article was first published in The Oncologist vol. 20, no.1, and is reproduced with permission. 2014 ©AlphaMed Press

For a new generation of oncologists, oncology is the pursuit of individualised medicine and targeted therapies; however, the concept of individualised cancer chemotherapy is one that I have followed since 1964. Even then, I was part of a group of oncologists who were convinced that each tumour had an individual biology requiring patient-tailored treatment.[1,2] It remains important to understand that sometimes the things that can help patients the most are not found in modern technology or expensive new agents. Sometimes it takes imagination and collaboration, beyond international borders, to open up one’s perspective on how important individualisation can be.

The 1970s were a time of international conflicts and the height of the Cold War. This was also a time of two Germanys. Despite this, international collaborations blossomed. More than other professionals, even then, oncologists understood the meaning of human suffering, and we understood that striving for peace also afforded the best chance to make progress against cancer. It is epitomised by an event in Moscow. It was close to midnight, and sitting together on a staircase were Nikolai Blokhin, then the director of the All-Union Cancer Centre of Moscow, and John Higginson, an American who was then the director of the International Agency for Research on Cancer in Lyon, France. Between them was a bottle of vodka.

“Why can’t we go together, Nikolai?” asked Dr Higginson.

“I do not understand,” said Professor Blokhin.

Then, with a glass in their hands, they toasted: “Na sdorowje” – “To health,” in Russian.

It was the 1970s, and I was flying from Berlin to Bologna, Italy, to give a lecture at an Italian cancer conference. As I entered the conference building, I ran into my colleague Franco Pannuti, who had come up the staircase.

“Do you know what the term ‘eubiosia’ means?” he asked. No greeting at first, just this question.

When I did not answer, he followed quickly with a warm greeting, “Abraccio!” and proceeded to explain himself. “‘Eubiosia’ means ‘no more pain.’ It means dignity in life until the last moment of life.” After a few seconds, he continued, “Right now, we cannot prevent all of our patients from dying of cancer, but we can offer incurable patients eubiosia as a good alternative to euthanasia [or ‘good death’].”

It was the notion of respect for life, well known to me from the great German Albert Schweitzer, and now with a new interpretation in Italy. Following the meeting, I found myself again immersed in my usual German life; however, the concept of eubiosia remained with me. I found myself aligned with my friend Franco and his newly founded organisation, the Associazione Nazionale Tumori (ANT), unified by his moral call to oncology, despite our separation by the Cold War.

As the 1990s set in, the notion of eubiosia resurfaced in my life. It was the end of the Cold War, after the fall of the Berlin Wall. Despite this, the German authorities showed little interest in unifying the cancer efforts of Heidelberg and Berlin, which might have helped raise the prominence of oncology not only in Germany but worldwide. Ultimately, there was no chance to work for eubiosia in Berlin. Fortunately, I had other options, including an invitation to come to Bologna, which I accepted as a chance to work for eubiosia in Italy and in the rest of the world.

With my move to Bologna, I switched my focus in oncology. I closed my laboratory and stopped doing clinical trials. Instead, I became a clinician, and I started seeing cancer patients in their homes. We aimed to embrace eubiosia in clinical practice by treating patients in the ‘hospital at home.’ With this new focus, I was responsible for quality control of what became a rapidly growing service. I realised then that eubiosia should not be confined to Italy: eubiosia is a human right for all the world.[3] With this belief, we started projects in other countries, including India, Bangladesh, and Albania. I have done this now for more than 20 years, and I cannot begin to describe the privilege of caring for thousands of patients in their homes, across countries and cultures.

Two experiences come to mind in describing eubiosia as practised. The first experience occurred while visiting a 70-year-old woman with advanced breast cancer who was living in Bologna. She was receiving chemotherapy and suffered treatment-related toxicities including alopecia and neuropathic problems that made walking difficult. In the initial consult, I was informed, “She has painful bone metastases and lives alone. Indeed, she prefers to stay at home.” At our initial encounter, she looked relaxed, spoke with a little bit of optimism, and moved energetically, although requiring some help.

I asked her, “How do you feel? It must not be easy living alone and having pain.”

“You are right, but I am doing well,” she said. “Fortunately, I have my friend.”

“Your friend?” I asked. I assumed she meant a family member or somebody who lived close to her.

After a short moment, she answered, “Yes, my friend. Do you want to see him?”

I was astonished. There was no one else here, and the apartment was so small that it was impossible that someone could be hiding. Then I saw a cardboard box on the table.

She reached for the box and opened it. “Look!” she said. Inside the box sat a small sparrow. She continued, “He flew to my balcony one day, this small bird. He was sick, perhaps a cat tried to kill him, but with care and all of my love, he got better. Now we are together.”

I was awestruck. “How long has he been with you?” I asked.

“About a year now,” she informed me. It was clear that she loved him and that he brought her comfort – eubiosia through bird companionship. With that, a wonderful idea was born. Pets for our patients. Perhaps they may derive as much comfort from a pet as with any drug we can administer. This hypothesis would not be easy to test, but why not try? I have learned that this is not an isolated event, and many more positive experiences have been witnessed.[4]

The second experience took place in India, where I have worked with CanSupport.[5] The day was very hot (46°C, or 115°F), but we were too busy to relax. My colleague Harmala Gupta and I were seeing patients in a poor part of Delhi. Our patient was lying in bed, but to our surprise, the bed was on the street, surrounded by more than 10 people – members of the family, friends, and some children playing. Close to the bed were placed two armchairs, reserved for honoured guests. We approached and, with a short clap by the patient’s wife, all guests dispersed.

I was shocked to see how the patient was living, but he was at peace: he had achieved eubiosia. He was surrounded by his family; literally, all seven were around him. Despite not having any formal education, the family was skilled at caring for the patient. Family members attended to his hygiene and followed the local doctor’s recommendations, including administration of intramuscular injections. It demonstrated to me how important the family is for comfort and what a resource it can be, particularly in resource-poor regions. Certainly, calling on a family that is ready and willing to aid a patient is less costly than building new hospitals. Is it possible to achieve eubiosia in a cost-efficient and ethical manner? My experience shows that perhaps the role of the family is a concept that should be better evaluated.

Although we are living in the 21st century, only about 25% of those with cancer can access the global resources that are available. No doubt, globalisation of the war against cancer will cost money. Health budgets have to be increased. Although pessimists will say that this is not possible, such comments have not stopped oncologists from fighting for their patients anywhere in the world, and should not stop them now. Although we live in a world of military and financial globalisation, it is just as important that we strive for a world composed of peace and health that is globally realised.[6]

“The call of the oncologist is to improve quality of life, and to do so, we can look beyond technology”

The call of the oncologist is to improve quality of life, and to do so, we can look beyond technology and expensive medications; these may not be necessary for our patients to achieve eubiosia. What can make as much of a difference are simple gestures of companionship, family, and knowing that we – our community of oncologists – are there for our patients and that we care. Perhaps the concept of ‘hospital at home’ is not one that will be readily embraced, but the point – guaranteeing access – is one that should not be controversial. Maybe oncologists should learn of the wonderful collaborations that took place during the Cold War as we face our future: Na sdorowje!

5. H Gupta, S Tanneberger. (2007) Results of a study to assess quality of life and cost of home based palliative care in New Delhi, India, from January to December 2004. Poster presented at: 10th Congress of the European Association for Palliative Care; June 7–9, 2007, Budapest, Hungary 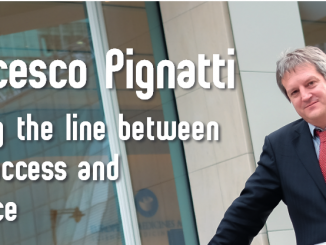 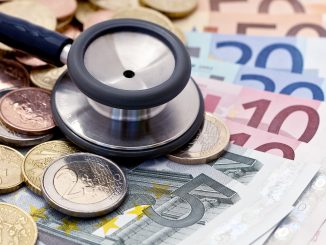 The toxic effects of hidden costs 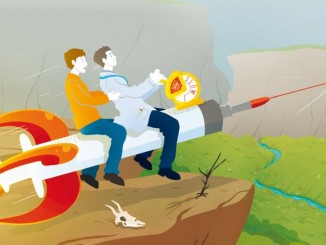