Most oncology patient requests are appropriate

When surveyed, physicians often place responsibility for high medical costs on ‘demanding patients’, contending that the threat of malpractice suits forces them to practise defensive medicine. Little data, however, exists about the frequency of demanding patients, the clinical appropriateness of their demands, and clinician compliance.

In this study, Ezekiel Emanuel and colleagues, from the University of Pennsylvania, set out to assess how frequently patients demand or request medical tests or treatments, the types of treatment, the clinical appropriateness of demands, and how frequently clinicians comply.

Between October 2013 and June 2014, 60 clinicians (34 oncologists, 11 oncology fellows, and 15 nurse practitioners and physician assistants) from three oncology centres in Philadelphia were interviewed by trained research assistants. The interviews took place either immediately after, or at the end of, half-day clinic sessions. In interviews clinicians were asked, “During today’s visit, did the patient request or demand a specific test or treatment?” A ‘no’ response terminated the interview, while a ‘yes’ response prompted a series of questions such as “on a scale from 1 to 10, how would you rate the appropriateness of the test or treatment?” Ten was extremely appropriate; while 1 was not appropriate.

“At least in oncology, ‘demanding patients’ seem infrequent and may not account for a significant proportion of costs,” conclude the authors.

Considering why patient requests ‘loom large’ in physicians’ minds, the authors write, “Even requests for clinically appropriate interventions can suggest lack of trust in the clinician and threaten the therapeutic relationship.”

In an accompanying commentary, Anthon Back, from the University of Washington, Seattle, suggests the real point is that clinicians need to stop blaming patients for being demanding. “The demanding patient myth reflects an old paradigm of patient–clinician interactions: the paternalistic physician told the patient what to do, and the patient who did not like it had to resort to a demand to cut through the physician’s cloak of authority.”

In the age of the worldwide web, the new dynamic is for patients to use consultations to verify what they have read, and gain from the physician’s clinical experience. “It is possible that what the study … documents is a point in the evolution of the patient–physician relationship where both sides recognize that the complexity of cancer care belies a quick fix,” he writes.

Prior cancer diagnosis no reason for exclusion from lung cancer trials

Among patients with stage IV lung cancer,  a prior history of cancer does not cause adverse effects on clinical outcomes regardless of prior cancer stage, type or timing. The US registry analysis found that a prior cancer diagnosis did not adversely impact all-cause mortality or lung-cancer-specific mortality, with findings holding for each subgroup analysed.

In the current study David Gerber and colleagues, from the University of Texas Southwestern Medical Center, Dallas, set out to determine the prevalence and prognostic impact of prior cancers among patients with advanced lung cancer, using the Surveillance, Epidemiology, and End Results (SEER) Medicare patient registry, linked to 1991–2010 Medicare claims files.

“Together, these findings suggest that broader inclusion in clinical trials of advanced lung cancer patients with prior cancer could be considered without impacting study outcomes,” write the authors. “Such policy modifications could lead to faster accrual, higher trial completion rates, and more generalizable results, ultimately providing better treatments to more patients sooner.”

There are many potential explanations, add the authors, including a healthy survivor effect, the fact that patients who have experienced cancer already are likely to engage more frequently with healthcare systems and the lead time bias. Although all cases were stage IV, those occurring after prior cancers may have been diagnosed earlier.

Concerns that exposure to prior cancer treatment renders patients less likely to tolerate experimental therapies, add the authors, can be addressed by using trial entry criteria (such as organ function, blood counts, and functional status) to screen for treatment intolerance.

Patients with colorectal cancer who met physical activity guidelines report statistically higher levels of health-related quality of life (HRQoL) compared to patients who never or sometimes met guidelines. This Dutch study, which is the first longitudinal population-based study among survivors of colorectal cancer taking place more than two years since diagnosis, demonstrated the positive association to be consistent over time.

The number of survivors of colorectal cancer is rapidly increasing, with estimates suggesting 53% of patients diagnosed with colorectal cancer now survive more than ten years after diagnosis. Many, however, face continuing physical and psychosocial problems due to cancer and its treatment, which can have a negative impact on HRQoL. Studies have suggested that survivors meeting the public health exercise guidelines of 150 minutes or more of moderate to vigorous activity per week had better HRQoL scores than those who did not.

In the current study Olga Husson and colleagues, from the Comprehensive Cancer Centre, Eindhoven, set out to examine long-itudinal relations between physical activity and HRQoL among survivors of colorectal cancer more than two years after diagnosis.

For the study, individuals diagnosed with CRC between January 2000 and June 2009, registered with the Eindhoven Cancer Registry, received a first questionnaire in December 2010 (T1), a second questionnaire in 2011 (T2) and third in 2012 (T3). HRQoL was measured by a 30-item questionnaire consisting of five functional scales, a global health status item, three symptom scales and five single symptom items. In addition, the survey included questions on the average number of hours per week participants spent walking, bicycling, gardening, housekeeping, and undertaking sports. Metabolic equivalent scores were assigned to each activity as estimates of intensity.

“Our results underline the importance to focus upon training in survivorship care and strategies to get inactive cancer survivors physically active,” write the authors, adding that inclusion of training programmes is still not standard in current Dutch oncology rehabilitation programmes.

“An additional barrier for supporting long-term physical activity is that most PA [physical activity] interventions are focused on short-term outcomes, while most patients will relapse into their ‘old’ less active behavior in the long run,” write the authors.

Future physical activity interventions, they suggest, should include successful behavioural components, to increase the likelihood of long-lasting behavioural changes.

Limited data have been available on surgical outcomes in gynaecological oncology, due to data collection not being standardised or structured across hospitals. To address this lack of high-quality data, Usha Menon and colleagues, from University College, London, undertook the United Kingdom Gynaecological Oncology Surgical Outcomes and Complications (UKGOSOC) study, to ‘contemporaneously’ capture relevant data from 10 participating UK gynaecological oncology centres.

In the study, all major surgical procedures performed in a gynaecological oncology theatre list were included, with a web-based custom-built database developed to capture data at various stages of the surgical pathway.

A surgical complication was defined as ‘an undesirable and unintended result of an operation’ affecting the patient that occurs as a direct result of the operation. Complications were graded I–V using the Clavien and Dindo system, based on the severity and intervention required. In addition, patients were sent follow-up letters to ensure completeness of capturing postoperative complications.

Between April 2010 and February 2012, prospective data were recorded on 2,948 major operations involving 2,910 women. In addition, patient-reported complications were available for 1,462 surgeries (68%).

On a univariable analysis for intra-operative complications, risk was increased by previous abdominal surgery (OR 1.74), diabetes (OR 2.01) and surgical complexity (OR 8.27 for level V).

“Gynaecological oncology surgery is associated with considerable morbidity and our study provides much needed estimates of complication risk associated with procedures for specific cancers to counsel patients and benchmark surgical performance,” write the authors. There are significant patient and surgical factors influencing risk, they add, raising the need for risk-adjusted rates for outcome comparisons.

“This analysis showed that a frailty score… is useful to determine the feasibility of a treatment regimen,” write the authors.

Multiple myeloma predominantly affects elderly patients. More than 60% of multiple myeloma diagnoses and more than 70% of deaths occur in those aged over 65 years. Although it is well recognised that, among adults of the same age, physical and cognitive functions are highly variable, the choice of multiple myeloma treatment is currently primarily based on chronological age and performance status. In haematology, comprehensive geriatric assessments are not routinely performed for older patients, as they are considered complex and time consuming.

In the current study, Antonio Palumbo, from Azienda Ospedaliera, in Torino, Italy, and international colleagues, set out to assess the predictive role of a baseline geriatric assessment in 869 newly diagnosed elderly patients with multiple myeloma. The patients were taken from three prospective international trials involving a variety of different drug regimens that recruited patients from 72 European institutions. The trials were selected for their less strict inclusion/exclusion criteria, which allowed 30% of frail patients to be treated. Patients in the EMN01 trial were randomised to lenalidomide with either dexamethasone or cyclophosphamide-prednisone or melphalan-prednisone. Patients in the 26866138MMY2069 trial received bortezomib with either prednisone or cyclophosphamide-prednisone or with melphalan-prednisone. Patients in the IST-CAR-506 trial received carfilzomib with cyclophosphamide-dexamethasone.

At diagnosis, a geriatric assessment had been performed to assess comorbidities, and cognitive and physical status. For the current study, an additional retrospective scoring system was undertaken, based on age, co-morbidities, and cognitive and physical conditions, to identify three groups: fit (score=0); intermediate fitness (score=1) and frail (score >2). Median age for those included in the study was 74 years, with 46% older than 75.

“Unexpectedly, the performance status did not affect OS [overall survival], whereas the frailty status increased the risk of death by approximately 3 fold, thus confirming the need for more sophisticated evaluation of elderly patients before starting therapy,” write the authors. A cut-off age of 80 years instead of 75 years, they add, should be used for the definition of frail conditions.

The use of a multidisciplinary approach to clinical decision making for patients with oesophageal cancer (OC) and oesophagogastric junction cancers (OGJC) resulted in significant improvements in one- and three-year survival in patients treated with curative intent, and reductions in 30-day postoperative mortality.

Modern management of OC and OGJC requires a multidisciplinary approach involving surgeons, medical and radiation oncologists, gastroenterologists, nutritionists, radiologists, nuclear medicine specialists, pathologists and specialist nurses. It has been suggested that there may be three to four different cancer entities arising from the oesophagus, including squamous cell carcinomas (which occur in the upper- and middle-third of the oesophagus), adenocarcinoma (which occurs in the lower third), non-cardia gastric cancer (related to Helicobacter pylori infection), and OGJCs. In an effort to prolong survival and reduce recurrence rates in patients with OC, preoperative treatment has become the focus of interest.

In the retrospective cohort study, Maica Galán and colleagues undertook to assess the impact on outcome of different organisational approaches to clinical decision making through a review of 586 patients treated for OC and OGJC cancers at the Bellvitge University Teaching Hospital and the Catalonian Institute of Oncology, both in Barcelona. The multidisciplinary approach to clinical decision-making was implemented at the end of 2004, with all specialists holding weekly meetings to discuss and formally agree upon the therapeutic course to be followed. Patients were therefore considered over two time periods: those diagnosed in 2000–2004 (when clinical decision-making was sequentially organised by each clinical specialist); and those diagnosed in 2005–2008 (when a multidisciplinary tumour board had been set up). In total 327 patients were treated for the period of diagnosis 2000–2004; and 259 for the period 2005–2008.

“All things considered, these changes support an MD [multidisciplinary] approach in clinical decision-making for OC and OGJC, since it allows for better co-ordination and planning of the treatment of such patients, thanks to the fact that all relevant professionals take part in discussions focused on the specific clinical situation of the patient concerned, at a centre having the necessary facilities to offer the most appropriate treatment, whether with radical or palliative intent, in these complex cases,” write the authors. 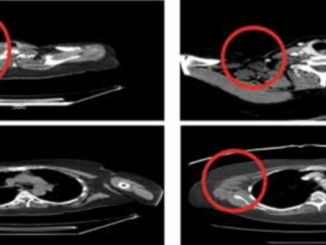 Diet and exercise: it’s time to act on the evidence 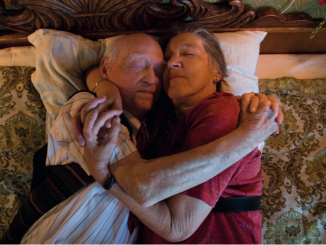 International collaboration and the importance of eubiosia