Although radiotherapy is a key component of cancer treatment, provision of this modality is not immune to limits placed on health-care expenditure. Recent studies suggest European radiation oncology resources will generally be insufficient to meet future, and in some cases current, needs. This challenge and how it might be addressed is discussed here.

The silver tsunami is coming: the post-World-War-II baby boomers are reaching the prime age for cancer onset and the number of new cancer cases is expected to rise for many years to come. [1] Furthermore, the characteristics of the typical European patient with cancer are shifting from a reasonably fit person of around 60 years of age to a >70-year-old individual with one or two life-threatening comorbidities. The clinical management of all these diseases – particularly the cancers in question – demands huge resources with regard to the therapeutic armamentarium as well as the related healthcare infrastructure and personnel. However, whereas the age group at greatest risk of cancer is expanding rapidly, health funding is becoming increasingly limited and the numbers of healthcare professionals are mostly stagnating, thus resulting in a relative decrease in resources. In cancer care, this situation is probably most exaggerated in the discipline of radiation oncology: typically, 5% of all health expenditure is related to cancer treatment, and radiotherapy generally accounts for only about 5% of this expense. Although new systemic therapies can be extremely expensive, such treatments can be implemented easily and costs are limited to the treatment of individual patients. Radiotherapy, however, demands substantial infrastructure and, therefore, upfront investments; unfortunately the level of investment often lags behind the true need. This issue has been addressed in a number of recent studies, either considering the global situation and pinpointing the need for such infrastructure in developing countries with emerging economies,[2] or focus ing more specifically on the European scenario. [3-6]

The European situation has been clearly outlined by Datta and co-workers, [3] who estimated considerable deficits in the current capacity of radiotherapy centres throughout the continent: the current numbers of teletherapy units, radiation oncologists, medical physicists, and radiotherapy technologists were 25.6%, 18.3%, 22.7%, and 10.6%, respectively, below guideline recommendations.[3]

Secondly, a report published in 2013 by the International Atomic Energy Agency (IAEA) on the European radiotherapeutic infrastructure [8] —although the validity of the data in this report has been questioned, [9] the IAEA’s overall conclusions probably are valid. When considering the requirements for 2020, the data presented by Datta et al. [3] provide a dismal picture of the future availability of radiotherapy, and it becomes obvious that resource provision in most European countries, which is already far below the capacity needed today, will certainly become inadequate. This problem will be compounded over time, as an approximate 30% increase in new cancer cases is expected over the next 20 years. [1] Optimised cancer therapy is multidisciplinary, and evidenced-based treatment decisions should be based on the availability of all relevant treatment modalities. Neverthe less, approximately 50% of cancers are treated using radiotherapy, either alone or combined with other modalities. [10] Moreover, the indications for radiotherapy are likely to expand further as this approach offers the ability to conserve organs and tissues, and because tumours are increasingly detected at an earlier stage or in patients in whom other therapies are contraindicated due to comorbidity.

The future of radiotherapy services is faced with three partly counteracting problems. Firstly, radiotherapy depends on advanced and expensive technologies, and in particular the development of computing power has enabled provision of more sophisticated and exact treatment. These technologies include the accompanying diagnostic facilities; precise imaging in real-time has become an important issue, and to some extent a bottleneck, in the development of precision radiotherapy. We must take advantage of these technical improvements and convert them into simple (semi)automatic procedures to facilitate treatment planning and delivery in the future. Presently, we might have a window of opportunity in which sufficient resources are available to make such developments,[4,5] before the tsunami catches up with us and necessitates the use of quick and ‘one-size-fits-all’ treatment setups. Urgent efforts to promote simplification and automation of dose planning and treatment delivery are needed in order to meet the future challenges.

Secondly, acute and late adverse effects are a major limitation of radiotherapy, and increasing awareness and greater insight into such complications are required. Exact knowledge of these toxic effects is lacking, especially regarding variation between individuals, which might enable modification of treatment based on genetic profiles related to radiosensitivity. In elderly patients, in particular, many adverse effects might also interact with different comorbidities (such as diabetes and cardiac problems).

This issue leads to the third challenge: the role of radiotherapy in the ever-changing treatment strategies for patient populations with varying epidemiological, demographic and clinical characteristics. The only way to establish the importance of such parameters is through large clinical trials that evaluate potential therapeutic benefit in different patient cohorts, particularly patients who would currently be considered elderly, but will probably soon be considered as standard patients. Such trials should be performed in elderly patients with features characteristic of the age group in the general population, including relevant comorbidities. Our current guidelines are predominantly based on clinical trials with major exclusion parameters, which provide data from ideal patients and, therefore, might not be generalisable to the future average standard demographic. Without representative clinical trials, which also should include studies evaluating the possibilities of avoiding or de-escalating treatment, we will be unable to adapt our technology rationally when resources become limited.

Analysing the data from the European overview, [3] widespread geographical variation in radiotherapy resources is evident, and the more-detailed exploration in the ESTRO Health Economics in Radiation Oncology (HERO) studies [4–6] more-precisely define the future needs and expenses linked with radiotherapy; however, that the current availability is far from sufficient is well known. Currently, resources seem most sufficient in Denmark, where tax-payer-funded healthcare is provided free at the point of delivery, and radiation oncology is limited to five large regional and three smaller (satellite) departments at public hospitals.

This country has a long tradition of adopting evidence-based national treatment strategies. At the end of the last century it became apparent that the resources for radiotherapy were limited and a detailed evaluation of the national needs was provided by the professional societies in collaboration with the Danish national healthcare authorities. Denmark has the highest cancer incidence in Europe, [1] and therefore the Danish National Board of Health sought to address this challenge in the First National Cancer Plan in 2000, by recommending investment in upgrading the capacity for radiotherapy and imaging. In addition, national multidisciplinary cancer groups were formed to streamline cancer treatment and develop evidence-based national treatment guidelines, an approach that was implemented in response to the second National Cancer Plan of 2005. Subsequently, focus was placed on reducing waiting times, necessitating efforts to meet the recommended capacity of radiotherapy resources.

All this has led to the current situation, in which the resources are in balance with the needs, and hopefully will remain so in the future. The lesson that can be taken from the Danish approach is that careful planning based on the realistic estimated data for the national population, together with national evidence-based guidelines, and recording of patients and their outcomes in national clinical cancer databases, can result in improved cancer care. In Denmark, the overall resources linked with this approach have been reasonable, and the radiotherapy investment, in particular, is probably no higher than the expenditure on this modality in other countries.

There is no doubt that radiotherapy will continue to have a major role in the future multidisciplinary treatment of cancer in Europe, and that the required resources should be made available. Together with securing the necessary investment, we must focus our effort on identifying the indications for and streamlining of radiotherapy procedures, using a population-based platform and factoring in the changing age demographics. If we do the work now, with the ESTRO–HERO project as an example, [4–6] we can overcome the deficiencies of the past and meet the demands of the future.

Waiting too long will probably cause severe failures in the provision of cancer treatment that is likely to be required by a huge number of elderly patients in Europe by 2020. The problems we are facing in health and cancer care are enormous, and will not disappear if they are not challenged. 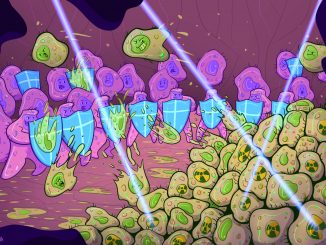 How does treating the primary affect risk of a secondary? 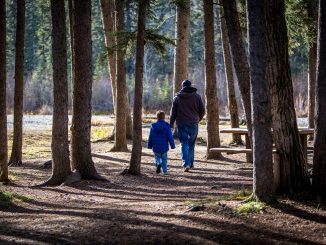 One cycle of chemotherapy or radiotherapy does not affect sperm count