Bradford Hesse and colleagues explore insights gained from over a decade of data gathered by the US National Cancer Institute to monitor changes in the communication environment regarding cancer-related information.

This is an abridged version of Bradford Hesse, Alexandra Greenberg and Lila Finney-Rutten (2016) The role of Internet resources in clinical oncology: promises and challenges. Nat Rev Clin Oncol 13:767–776, doi:10.1038/nrclinonc.2016.78. It was edited by Janet Fricker and is published with permission © Macmillan Publishers Ltd

Around the turn of the 21st century, anecdotal evidence suggested cancer patients were walking into doctors’ offices armed with printouts downloaded from the World Wide Web. For clinicians, questions remained around whether patients benefited from accessing online resources or whether the unregulated nature of the Internet left them exposed to information of dubious origins.

In 1998, these questions were posed at the US National Cancer Institute (NCI) Conference on Risk Communication, and subsequently discussed in the 1999 Journal of the National Cancer Institute monograph (pp 124–133). The NCI set aside resources to stay ‘ahead of the curve’ by understanding how changes in the communication environment might be leveraged to improve oncology outcomes.

When the first survey was developed in 2001, Internet communications were accessed through World Wide Web sites or email systems. Since then, subsequent versions of HINTS have expanded to include smartphones, social media applications, gaming systems, tablet computers, and a host of other mobile devices. Throughout the different surveys, HINTS has preserved the wording: “Have you ever gone online to access the Internet or World Wide Web, or to send and receive email?”

Between 2003 and 2014, HINTS surveys show the percentage of adults with Internet access rose from 63% to 83% (see figure). Analysis by sociodemographic characteristics reveals that education levels and age have a strong influence on Internet use, with sex, race and ethnicity playing lesser roles. Such trends reveal digital divides between individuals most likely to use Internet-based health communication and those most likely to forgo it.

Efficiencies can be gained from offering younger populations the ability to make appointments online, download medical records, receive electronic reminders when screening tests are due, and communicate electronically with healthcare teams.

Internet-averse populations have to be engaged proactively by telephone, text message, or through an assigned oncology nurse navigator.

The role of family members in supporting patients needs recognition. According to HINTS, in 2013 two-thirds of the online population reported looking for cancer or other medical information on behalf of someone else. Given the importance of social support, policy makers should consider ways of providing ‘safe proxy access’ to online oncology resources for designated family members or care givers.

Sources of cancer information used by the public

In 2003, HINTS showed that 49% of all respondents preferred to first consult their doctors for cancer information, while 34% preferred to use the Internet as their initial source of information. By 2013, the percentage of all respondents preferring to approach their doctor first increased to 56%, while the number indicating they would probably go online first fell to 26%.

In spite of more people going online for cancer information before consulting healthcare providers, patients’ indications of trust in their providers improved with time. Patients increasingly need help to interpret what they find online. Technical information posted on academic sites generally requires a college education, and can be filled with jargon, leaving many people with more questions than answers.

Use of health information repositories among cancer survivors

Cancer survivors are of particular concern to oncologists since they must choose between multitudes of care options after treatment has been completed. HINTS reveals that over the period 2003–2013, 69% of people with a personal cancer history reported proactively seeking information on cancer from any source, compared with 51% with a family history but no personal history, and 30% with no personal or family history.

The proportion of cancer survivors actively seeking information increased over time, rising from 66.8% in 2003 to 80.8% in 2013. Individuals seeking information were significantly more likely to be middle-aged (35–49 or 50–64 years old), better educated (college level), and earning more than US $75,000 per year. Survivors reporting going first to the Internet for information tended to be younger (aged 18–34).

In the 2011 HINTS survey, 4.7% of the sample (around 7.5 million people in the US) used the Internet to access online support groups for people with similar medical issues.

An electronic survey of new subscribers to the Association of Cancer Online Resources (ACOR) electronic mailing lists in 2005 showed that 62% of respondents used mailing lists to learn how to deal with their disease, 42% used online communities for social support, and 37% used mailing lists to help others. Over the past decade, online support options have increased, with cancer patients contributing to online video channels, blogs, discussion groups and other online social platforms.

While the transition to digital services in healthcare has been slower than in other industries, a public evolution has nevertheless occurred. In 2009, Congress passed the Health Information Technology for Economic and Clinical Health (HITECH) Act, outlining incentives for ‘meaningful use’ of health information technologies to improve healthcare. The act required institutions to demonstrate that 5% of patients had downloaded or viewed personal medical information and used emails to communicate with care teams. HINTS data showed that, between 2003 and 2013, email communications with doctors rose from 7% to 30%.

The proportion of patients accessing personal health information (PHI) through provider-sponsored patient portals increased from less than 15% of online adults in 2008 to almost 28% by 2013. The proportion of patients ordering medications online grew more slowly, with only around 20% of respondents with Internet access in 2013 indicating that they had purchased medications electronically.

On the negative side, many doctors have not re-adjusted workflows to compensate for new channels of com-munication, and they find responding to emails occupies a considerable amount of their limited office hours.

A new generation of wearable devices and sensors is being introduced to extend remote monitoring capabilities of Internet technologies to the home and workplace, and even allow use during travel.

ASCO’s 2015 review of mobile apps relevant to oncology documented 389 apps spanning the oncology continuum from primary prevention (smoking cessation, nutrition, and sun protection), screening (with breast and cervical cancer screening most used), diagnosis (36 apps for patients, 35 for physicians, 1 for both) to treatment (33 apps for patients, 28 for providers). The researchers concluded that efficacy data is currently lacking.

We predict the following trends:

Lessons from observations of the unfettered Internet are that simple exposure to health information is insufficient to support improved oncology care. Well intentioned websites presenting information in a way that is too technical for the average patient can result in confusion. But if successful, Internet efforts can lead to a new era in clinical oncology, where evidence-based information is presented to every member of the care team as well as patients and their families, precisely when needed, in order to allow full multidisciplinary participation.

“Data collection has revealed a nuanced profile of how the public utilises online information about cancer. Although patients’ ratings of trust in their own physicians have remained high, the majority of patients and their families admit going to the Internet first for cancer information. The implication is that Internet-based resources are gradually becoming part of the fabric in which patients and their providers live and communicate. But these changes are not entirely predictable. When the NCI launched HINTS in 2001, social media and smart phones did not exist. Now we are tracking a rapid diffusion of mobile devices accelerating our ability to deliver care at a ‘point of need’ rather than a ‘point of care’. Such changes allow oncologists to innovate the ways in which they conduct their practice, with further changes expected as patients’ access to personal medical information improves.

Clinicians need to embrace the fact that many patients make sense of their conditions by reaching out to other patients through social media, using online news sources and engaging in patient portals. Such activities can enhance shared decision making. Many clinicians have been experimenting with providing patients with ‘information prescriptions’, directing them towards credible, trustworthy sites online. It should be recognised that not all patients can utilise these resources equally, and that older and less educated populations still require traditional communication. Due to the rapid evolution of computational processing power and spread of interconnectivity, medicine is becoming more predictive, pre-emptive, personalised and participative than ever before. To take full advantage of these opportunities, the oncology community needs to be innovative.

We echo the US President’s Cancer Panel which, on 15 November 2016, declared ‘The time is now’ to take advantage of the growing role of technology in society to connect cancer patients to the knowledge, information, and people to ensure more effective delivery of care. The Panel prioritised three research areas:

Identification of strategies to enhance individual patient engagement. Healthcare–engaged patients are less expensive to treat and have better outcomes than their disengaged counterparts.

The creation of environments where data can be collected from patients passively or through patient reported outcomes to contribute to scientific studies. 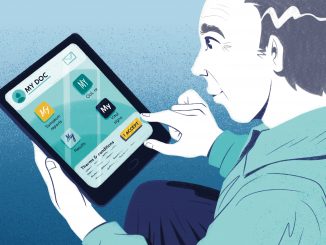 The future is digital – but is it safe? 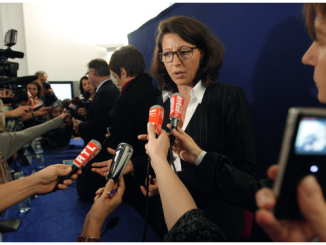