One talk dominated the opening day of the fourth Advanced Breast Cancer conference in Lisbon (ABC-Lisbon) – a powerful, personal testimony from Bella Kaufman, an Israeli breast cancer oncologist and ABC-Lisbon faculty member who in 2013 was diagnosed with metastatic breast cancer. Her talk crossed and joined the lines between being a doctor and patient, and in doing so addressed most of the major themes that are covered at ABC conferences.

She is in a position to gain the most detailed knowledge of her cancer from her own research and tests, and obtain optimal treatment – but like any patient was thrown into conveying distressing news to her family and coping with practical affairs such as financial planning, and changes in appearance and other effects of treatment.

She spoke of the inspiration that her own metastatic patients have given her, but also the impact of changed relationships with colleagues, and simply the burden of having so much knowledge. Giving advice to oncologists, she said: “Be gentle with your patients – they analyse your tone of voice, your facial expression – please choose your words carefully. When you have bad news, find a good word or two because otherwise we cannot function. And remember their disease is not their life – they have life beyond the disease.”

Fatima Cardoso, co-chair and host for the conference, gave a succinct summary of the status of MBC. What’s happened in the past two years since ABC3, she asked? Well, initially she was somewhat pessimistic – “There has been some biological research, but not so much for patients,” she said, but added that the consensus guidelines have been presented widely around the world (and as she also mentions often at the sessions, there would be about 30% less mortality at a global level if the current guidelines were applied consistently).

Guidelines are not applied mostly for financial reasons, and not necessarily to save money, she pointed out – quite the opposite in some cases, where more expensive regimens are preferred over less costly alternatives as hospitals rely on the reimbursement. She also noted that many costly drugs now being approved have poor clinical benefit – only 10-20% pass the threshold established by ESMO for example – in a real free market, people would only pay for real benefit, she said.

Nevertheless, there have been advances, particularly in the luminal breast cancer subtype, and Cardoso referenced a paper by George Sledge on curing MBC that looks at exceptional responders, from which important directions for more patients may be established.

There are also several initiatives in train that will help implement high quality care, including work on developing a quality of life tool for MBC and quality indicators for ABC/MBC care, and a global curriculum for medical oncologists from ESMO/ASCO. She also noted that another 20 projects around the world have received a grant from the SPARC MBC Challenge, the initiative of the Union for International Cancer Control (UICC) supported by Pfizer.

Cardoso describes herself also as patient advocate, and has been instrumental in building the advocacy movement at ABC-Lisbon and indeed the new ABC Global Alliance, which has its inaugural meeting on 4-5 November after the conference, and has now launched its Global Charter.

Larry Norton, ABC co-chair, stressed that the community must develop guidelines that practitioners and advocates can have confidence in, and are consistently developed now we are in the fast moving era of ‘big data’ and artificial intelligence – a clear message for the consensus panel in Saturday’s closing session at ABC-Lisbon. Further, he spoke of an attitude shift needed in research that focuses on overall survival and not relying on surrogate goals such as progression free survival. “We are never gong to cure metastatic disease unless we have that in mind,” he said, adding that in other diseases that have been tackled, such as polio, just such an attitude shift came about. This was also a point made by Cardoso in her introduction.

Even before the main event started, advocacy sessions on research and survivorship took place, attended by probably the most diverse and numerous global advocacy participants yet at ABC-Lisbon. First, delegates heard from a mixed panel of oncologists and advocates on how they can contribute to advancing clinical research and care, such as by pushing to implement liquid biopsies to end the demanding cycle of “scan, treat, repeat”, as advocate Shirley Mertz put it; engaging scientists and doctors to ask about their contribution to MBC research, and not always deferring to them but collaborating; and breaking down barriers to data sharing and establishing more and better patient registries.

Two initiatives on the data sharing side described by US clinicians were news to most. First, Nikhil Wagle from the Dana-Farber Cancer Institute, noted that the majority of patients in the US are cared for outside of major cancer centres, in community hospitals, and his institute has launched the Metastatic Breast Cancer Project, a “crowd-sourced”, social media-driven effort to engage women and men with MBC directly as partners in research. The project is collecting a variety of data from participants, starting with a survey that captures basic demographic and medical information. Participants can provide consent for the project team to obtain and analyse medical records, saliva samples, blood samples, and tumor tissue collected in the course of their care.

Then Matthew Ellis, based at Baylor College of Medicine, mentioned a forthcoming project to be launched next year that is wider but less detailed (it won’t be collecting samples). MBC Connect will be a “real time registry” of patent information, potentially from anywhere in the world. Both this and the Dana Farber project are just the sort of initiative that the ABC Global Alliance can help publicise as an umbrella organisation.

There are though considerable obstacles to participating in such projects in some countries – one delegate, from Malaysia, said that there is no right to have hospitals release samples or information, and little money is in any case being invested in MBC. That said, hospitals in the US can also put up obstacles too, said Ellis,

Then in the advocacy session on survivorship, delegates heard a detailed case study on Uganda from Gertrude Nakagudde, from the Uganda Women’s Cancer Support Organisation, looking at resources and the differing priorities of patients and clinicians for care. Lesley Fallowfield presented her latest quality of research, including PROACT – Patient Reported Outcomes in cancer, impact of Age and Carer/role demands associated with Treatment.

Finally Evi Papadopolus highlighted work issues for MBC patients, which generated some debate, as one delegate stressed instead the freedom and opportunity to spend time with loved ones. “My gravestone won’t say I wish I’d spent more time at work,” she said. But the key is to have the choice to work or not, and not suffer from discrimination, as Papadopolus stressed.

Work and welfare issues also surfaced later in a main session on long term remissions, which also covered clinical aspects of how long drugs such as trastuzumab (Herceptin) should be given, and whether women with MBC can (and should) receive fertility treatment and family planning resources.

The heavyweight science part of the conference was then underway, with a session on anti-HER2 therapies, including optimal sequencing and overcoming resistance, and the possible role of immunotherapies (as breast cancer is not usually thought of as amenable, but HER2 tumours may be). That session ended with a presentation from Indian oncologist Smruti Koppikar on biosimilars – a vital new avenue for lowering drug prices on complex molecules such as trastuzumab, which indeed has at least nine potential alternatives lining up for the market (and which may in any case force the originator drug price down). As Koppikar said, this is not just an issue for developing countries but for some more advanced countries too.

Two “best abstracts” presented to the main conference are also available as press releases. One shows that taking part in regular exercise can reduce fatigue and pain, and improve cardiovascular health and quality of life in women being treated for MBC. The study is led by Eduardo Oliveira, professor of exercise physiology at the University of Porto, Portugal. The other study demonstrates that patients with MBC have a better quality of life for longer if the progression of their disease can be delayed – it’s an analysis of results from the phase III clinical trial, PALOMA-2.

A final session for advocates was on registries and counting people with MBC, given that almost no country has an accurate figure for the prevalence of advanced disease. Danielle Spence, of Breast Cancer Network Australia, described her country’s initiative to improve cancer registries with the STaR project – which stands for Stage, Treatment and Recurrence, which when implemented at national level would make Australia one of the first to capture this level of detail. Without collecting recurrence data, it is impossible to know how many people are living with MBC (and other metastatic tumours).

Musa Mayer, the leading US advocate and researcher, presented results from two papers, one just out. The first is a model that estimates the number of those living with MBC in the US, and the most recent generated some comment as it is an analysis of a high-quality breast cancer registry maintained by the Swedish Cancer Institute in Seattle, which suggests there could be dramatic drop in metastatic recurrences, but not in de novo (patients diagnosed first with MBC). However, those who do recur appear to have disease highly resistant to treatment, so this is a “good news, bad news” story, as Mayer put it.

Another high-quality breast cancer registry, in Germany, was described by Norbert Marschner – it is a recent project but he said results could well also show a similar drop in the recurrence rate. Finally, Gunes Kalkan from UK charity, Brest Cancer Care, told the frustrating story of England’s attempt to get breast cancer recurrence data universally logged in registries – but despite being made mandatory a few years ago, there has not been a support plan to help hospitals implement the change and most are either not or only partially conforming, and data that has been collected is not available.

The lesson from England is that it can take endorsement from the highest level to make changes – and Cardoso and her fellow co-chairs were pleased that Portugal’s president, Marcelo Rebelo de Sousa, formally opened the conference with words that included how proud he is that Portugal is hosting ABC-Lisbon. 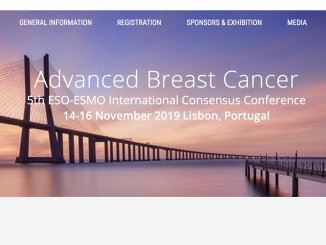 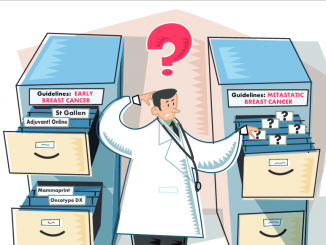 Where are the consensus guidelines for women with metastatic disease?