One of the great myths peddled about cancer control is that it is intrinsically affordable. Nothing could be further from the truth. Preventing and treating cancer is the pinnacle of the health system’s mountain. It is the most demanding disease domain to address in health systems planning, as well as being highly sensitive to all the socio-cultural determinants of health. Those of us ‘inside’ the cancer tent take for granted these interdependencies, but to the ‘outside’, including most policy makers, cancer is a ‘black box’. This is a huge challenge to rational economic and fiscal policy-making. As the Institute of Medicine noted in its Delivering Affordable Cancer Care in the 21st Century report, “cancer is such a prevalent set of conditions and so costly, it magnifies what we know to be true about the totality of health care systems. It exposes all of its strengths and weakness.”
There are some eye-watering numbers around economic productivity losses due to cancer, particularly premature mortality and morbidity. Lung cancer costs Europe more than €10 billion every year in premature mortality, far outstripping the costs of direct cancer care of around €4.5 billion. And we know from the Lancet Oncology Commission on Global Cancer Surgery that a failure to deliver more surgical workforce, the backbone of cancer care, will cost low-income and emerging powers $7 trillion of cumulative GDP losses by 2030. The Global Taskforce on Radiotherapy also estimates similar losses. The point is not the huge figures, it’s that failure to invest in systems for cancer care is going to seriously impact development. Yet we are faced with a range of serious paradoxes.

The first is the cold hard fact that many countries are failing miserably to invest in basic healthcare. Affordable and equitable cancer care cannot be built on sand, and this is just the situation facing many countries now. It’s all very well to sign up to Universal Health Coverage, the Sustainable Development Goals and National Cancer Control Plans, but in low-income and emerging powers only a handful of countries have a total health expenditure above the threshold needed to build a cancer system (about 6% of GDP, and more than $100 per capita). The economies of Asia typify the problems affecting many countries: low domestic healthcare spending that is increasingly being backstopped by private health expenditure (Lancet 2011:377:863–872). In some Asian countries, such as Laos, Philippines and Cambodia, the private sector now makes up more than two-thirds of total health expenditure.

Should this matter though? The short answer is yes it does. Only countries with dominant public sector financing, such as Thailand, can deliver equitable and sustainable economic policies to build cancer care. The sad fact is that the mantra from the World Bank and most of the overseas aid donors is that public fiscal policy in cancer is not that important, and gaps can be filled by business, contrary to the evidence from studies such as Global Health 2035 (Lancet 2013, 382:1898–1955). Economic sustainability in cancer control is also in serious doubt in many places. For example, take a stable African country like Uganda. As it stands, around half of the Sustainable Development Goal indicators are currently underperforming (World Bank Group. Country Diagnostics Jan. 2015).

The other equally pressing issue is how to protect individuals and families from catastrophic health expenditure. Here too the picture is none too rosy. The Asean costs in oncology study (ACTION) looked at the economic impact of cancer on 9513 patients diagnosed with cancer between March 2012 and Sept 2013, who were recruited from private and public hospitals and cancer centres across eight Asean countries. It found that, one year after diagnosis, 29% had died and nearly half (48%) had suffered financial catastrophe, defined as having to pay more than 30% of their annual income in healthcare costs (BMC Medicine 2015, 13:190). The fact is that out-of-pocket expenditures are ruining families. In many countries social health insurance, such as AUGE in Chile and RSBY in India, are also not keeping up with what it actually costs to deliver good basic cancer care in the public sector. A radical overhaul is urgently needed, but with so many competing needs, cancer’s place in universal health coverage is not assured.

The last paradox reflects a deep-seated failure to square trade and investment liberalisation with the needs of public health. The evidence is overwhelming that these are serious drivers of the burden of non-communicable diseases, yet the proliferation of bilateral and regional preferential trade agreements, without any in-built public health protection, will simply drive up cancer risk factor exposure (Globalisation & Health 2014, 10:66). Development money today is being traded off against economic losses in health tomorrow.

If this all sounds depressingly familiar, it is. Talking about the cost of cancer is really a debate about how we are going to manage to pay for our healthcare. High-income countries like France are now having to spend more than €11 billion every year to achieve the outcomes their populations enjoy. Yet the needs of the elderly and chronically ill are not being met (Value in Health 2010, 13:552–556).

What we do know is that there is no straightforward investment–impact model. Increasing expenditure does not lead automatically to better outcomes without serious structural, organisational and cultural engineering (Nat Rev Clin Oncol 2016, 13:137). Irrespective of base funding, too much cancer care is poor value or the focus of corruption. However, just adopting high-income mechanisms for priority setting does not work. Context matters too much, and different ideological and normative values will need very different economic and fiscal strategies, as Thai colleagues have pointed out (Value in Health 2009, S26–S30). But this is not an excuse for ignoring the basic building blocks. Fund your health system properly. Invest in a strong public sector system for caring for cancer patients, and protecting them financially. And ruthlessly ensure the quality and fiscal probity of services from both public and private sector. 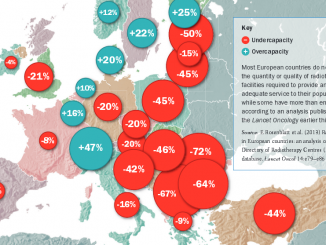 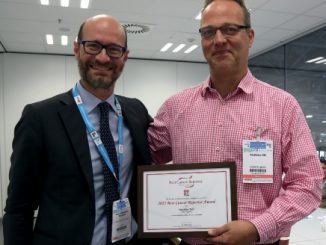 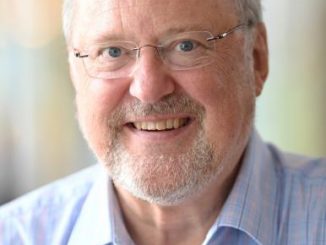 Why patients are central to reversing the decline in value: a response to Richard Sullivan