Oesophageal cancer, which is the eighth most common cancer worldwide, is responsible for more than 400,000 deaths a year, with five-year survival rates rarely exceeding 40%.

For several decades the role of neoadjuvant chemoradiotherapy has been debated. “In most randomized trials, no survival benefit could be shown, and the trials were criticized for inadequate trial design, samples that were too small, and poor outcomes in the surgery-alone group,” write the authors of the current study. While meta-analyses have suggested survival benefits from neoadjuvant chemoradiotherapy, this has been at the cost of increased postoperative morbidity and mortality.

In the current study, between March 2004 and December 2008 Ate van der Gaast and colleagues, from Erasmus University Medical Centre, Rotterdam, randomly assigned 368 patients with resectable tumours (75% had adenocarcinoma, 23% squamous-cell carcinoma, and 2% large-cell undifferentiated carcinomas) to receive chemoradiotherapy followed by surgery (n=178) or surgery alone (n=188). The chemoradiotherapy regimen consisted of weekly administration of carboplatin (doses titrated to achieve an area under the curve of 2 mg/ml per minute) and paclitaxel (50 mg/m² of body-surface area) for five weeks and concurrent radiotherapy (41.4 Gy in 23 fractions, five days per week).

Results show that the median overall survival was 49.4 months in the chemo-radiotherapy plus surgery group versus 24 months in the surgery-alone group (HR 0.66; P=0.003). At one year, overall survival was 82% for the chemoradiotherapy plus surgery group, versus 70% in the surgery-alone group; at two years it was 67% versus 50%; at three years 58% versus 44%; and at five years 47% versus 34%.

“This large, randomized trial of neoadjuvant chemoradiotherapy in patients with esophageal or esophagogastric-junction cancer showed significantly better overall and disease-free survival among patients who received a chemoradiotherapy regimen based on carboplatin and paclitaxel, followed by surgery, as compared with those treated with surgery alone,” write the authors. Chemo-radiotherapy, they add, was associated with a low frequency of high-grade toxic effects and could be given as an outpatient treatment.

One question that remains, note the authors, is whether oesophageal and oesophagogastric-junction tumours should be treated with preoperative chemoradiotherapy or perioperative chemotherapy.

Two trials – the MAGIC trial and the ACCORD 07 trial – found that perioperative chemotherapy provided better outcomes, the authors report. However, both included gastric tumours in addition to oesophagogastric-junction tumours.

The introduction of multidisciplinary teams (MDTs) for the treatment of breast cancer contributed to significant improvements in patient survival, a Scottish study has found.

Cancer treatment has increasingly been provided within centralised, specialist MDTs in Europe, the US and Australia, after observational evidence identified better outcomes for such organisation. It has been unclear , however, whether MDTs improve cancer survival and the clinical benefits justify the costs.

In the current retrospective study, Eileen Kesson and colleagues, from Gartnavel Royal Hospital, Glasgow, evaluated the effects of multidisciplinary care interventions for breast cancer implemented at National Health Service hospitals in the Greater Glasgow Health Board area in 1995, several years ahead of the rest of the UK.

The MDTs consisted of a specialist surgeon (performing in excess of 50 operations for invasive breast cancer each year), pathologists, oncologists, radiologists and specialist nurses. All worked to evidence-based guidelines, held weekly meetings to agree on treatments for individual patients and audited clinical activity. In other west of Scotland areas, no substantial reorganisation of breast cancer care took place until 2000, when national guidance was introduced.

“Our results support the universal provision of cancer care by specialist, multidisciplinary teams,” write the authors. “Further analysis of clinical audit data for multidisciplinary care could identify which aspects of care are most associated with survival benefits.”

Commenting on the finding that benefits of multidisciplinary working were greatest in older patients, the authors write, “Since the intervention guidelines were not age specific, they could have given surgeons and other team members more confidence to actively treat older patients rather than managing them conservatively.”

A telephone-based lifestyle intervention programme targeting diet and exercise in cancer survivors proved durable, continuing to be effective one year after discontinuation, a US study has found.

Cancer survivors are known to be at increased risk for second malignancies, cardiovascular disease, diabetes, osteoporosis and functional decline. While diet and exercise interventions have been tested in cancer survivors as a way to reduce late effects and comorbidities, few studies have assessed adherence and long-term health outcomes.

In the Reach Out to Enhance Wellness (RENEW) trial, Wendy Denmark Wahnefried and colleagues, from the University of Alabama, Birmingham, delivered a home-based diet and exercise intervention to 641 overweight or obese (BMI >40 kg/m²) survivors of breast, prostate and colorectal cancer. Participants also had to be sedentary (taking less than150 minutes of physical activity a week), over 65 years and mentally and physically able to participate. Interventions consisted of a personally tailored workbook, telephone counselling, 15 minutes of strength training exercise every other day and 30 minutes of endurance exercise each day, daily consumption of seven servings of fruit and vegetables for women, or nine for men, restriction of saturated fat to less than 10% of energy intake and modest weight losses of less than 0.5 kg/week. A previous report by the authors showed that the intervention-group experienced significantly less decline in functional status, improvements in dietary quality, increased physical activity, and modest weight loss, compared with control participants.

The latest results show that for the immediate intervention arm there was little change in the results at the end of one year (when the intervention ceased) and the end of two years, with the exception of functional decline.

“Data from long-term follow-up suggest that the intervention was not only reproducible but also durable. In contrast to a majority of lifestyle interventions, significant improvements in diet and exercise behaviors were observed and maintained over the 2-year study period; moreover, the modest weight loss that was promoted in this overweight sample of high-risk elders was sustained over the same period,” write the authors.

In an accompanying editorial, Jennifer Ligibel from Dana-Farber Cancer Institute, and Pamela Goodwin from Mount Sinai Hospital, write, “The RENEW study adds to earlier reports by demonstrating the feasibility and durability of weight loss interventions administered at a distance to cancer survivors.”

There are, however, “important caveats”, they add, including the small proportion of eligible individuals who opted to participate in the study (approximately 6%), the 25% attrition rate at two years, and the fact that all study measures, including weight, were self-reported.

The use of adjuvant radiotherapy after lymphadenectomy to reduce the risk of further relapse has been controversial in melanoma. Early reports produced conflicting results, with the data clouded by variability in target field sizes, radiation doses and fractionation schemes. Although many major melanoma treatment centres now offer adjuvant radiotherapy to selected patients, others have remained cautious due to the absence of clear survival benefits, and concerns about the possibility of long-term radiotherapy-associated morbidity, such as lymphoedema.

In the current trial, between March 2002 and September 2007, Bryan Burmeister and colleagues, from Princess Alexandra Hospital, Woolloongabba, Brisbane, randomised 250 melanoma patients who had undergone lymphadenectomy, in a 1:1 ratio, to receive adjuvant radiotherapy of 48 Gy in 20 fractions over four weeks (n=123) or observation (n=127). The patients came from 16 hospitals in Australia, New Zealand, the Netherlands and Brazil.

“This report confirms that adjuvant radiotherapy reduces the risk of further lymph-node field relapse after lymphadenectomy in patients at high risk of relapse, although it had no significant effect on overall survival,” write the authors.

Early toxic effects related to radiotherapy, they add, were infrequent and minor. “If the intention of treatment is to reduce the risk of regional recurrence, adjuvant radiotherapy is a treatment option that should be discussed with patients at high risk of lymph-node field relapse after lymphadenectomy.”

Future studies, write the authors, should centre on exploring the role of radiotherapy in the preoperative setting, where modern imaging modalities could be used to identify high-risk patients before surgery.

In an accompanying commentary, Roger Macklis, from Cleveland Clinic, Ohio, writes that it will be important to explore the addition of targeted melanoma agents such as ipilimumab and vemurafenib to local-field radiotherapy. One hypothesis, he adds, suggests that radiation effects result in heightened presentation or processing of immune system targets.

Two separate studies published in the same issue found that low-dose radioiodine protocols used in patients with low-risk thyroid cancer had similar rates of successful tissue ablation as conventional protocols. Taken together, the results of the French and UK investigations suggest radiation doses could now be cut, write the authors of an accompanying editorial.

Radioiodine is administered to patients with thyroid cancer after total thyroidectomy for three reasons. First to eradicate normal-thyroid remnants in order to achieve undetectable serum thyroglobulin levels, second to irradiate any neoplastic focus in order to decrease the risk of recurrence; and third to perform total-body scanning for persistent carcinoma. Adverse effects of using high doses of radioiodine include patients staying in hospital isolation units for at least two days, lacrimal and salivary-gland disturbances and an increased risk of developing secondary cancers.

In the first study, funded by the French National Cancer Institute and the French Ministry of Health, Martin Schlumberger and colleagues, from the Institut Gustave Roussy, Villejuif, randomly assigned 752 patients with low-risk differentiated thyroid carcinoma to undergo one of four strategies, each combining one of two methods of thyrotropin stimulation – administration of recombinant human thyrotropin or thyroid-hormone withdrawal – and one of two 131I activities (1.1 GBq or 3.7 GBq). Patients were recruited from 24 centres between 2007 and 2010, with thyroid ablation assessed eight months after radioiodine administration by neck ultrasonography and measurement of recombinant human thyrotropin-stimulated thyroglobulin.

“Thus, the use of recombinant human thyrotropin and a low dose of 131I for postoperative radioiodine ablation represents an effective and attractive option for the management of low-risk thyroid cancer that reduces the amount of whole-body irradiation and maintains the quality of life,” write the authors.

In the second study, done by Cancer Research UK, Ujjal Mallick and colleagues, from Freeman Hospital, Newcastle upon Tyne, compared low- and high-dose radioiodine (1.1 GBq and 3.7 GBq, respectively) in combination with thyrotropin alpha or thyroid hormone withdrawal before ablation. The study was undertaken in 438 patients with T1 to T3 thyroid tumours with possible spread to nearby lymph nodes, but no metastasis.

But significantly more patients randomised to high-dose radioiodine had hospital stays of three days or longer (36.3% vs 13.0%, P<0.001). The higher dose of 131I was associated with a higher rate of adverse events (33% vs 21%, P=0.007). Adverse event rates did not differ by method of thyrotropin stimulation.

In an accompanying editorial Erik K Alexander and P Reed Larsen, from Harvard Medical School, Boston, write, “These results should change standard practice, although they also raise the question of whether any radioiodine therapy is required for low-risk patients, since 21 to 59% of the patients in these two studies had already met the goal of a low thyroglobulin level after thyroidectomy alone.”

The future hope, they add, is that identification of a pattern of gene expression or patient characteristics associated with a higher risk of recurrence might allow more-aggressive treatments to be focused appropriately. 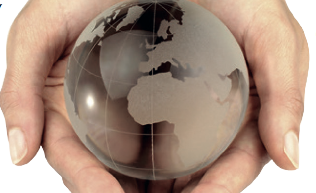 Gazing at the crystal ball of European radiotherapy 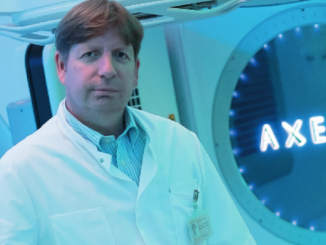 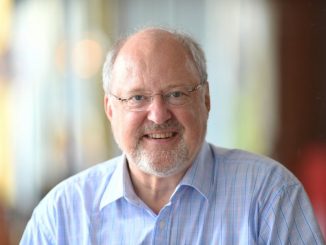 Scanners, zappers and nanobots: are patient groups missing a trick?