Using statins after a diagnosis of colorectal cancer was found to be associated with improved survival, finds a large population-based cohort study. The study, funded by the Northern Ireland Public Health Agency, also showed a dose-response association, with more marked reductions for cancer patients using statins longer than one year.

In the current study, Chris Cardwell and colleagues, from Queen’s University in Belfast, Northern Ireland, investigated the effect of statin use among a cohort of 7,657 people who, between 1998 and 2009, had been diagnosed with stage I to II colorectal cancer. The cohort was identified from the National Cancer Data Repository (comprising English cancer registry data), and the records were linked to prescription records from the United Kingdom Clinical Practice Research Datalink, and to mortality data from the Office of National Statistics. The time-dependent Cox regression models took into consideration potential confounders, including year of diagnosis, age at diagnosis, sex, cancer stage, surgery within six months, radiotherapy within six months, chemotherapy within six months, site (colon or rectum), comorbidities prior to diagnosis, and use of other medications (including low-dose aspirin, ACE inhibitors, and metformin).

Before randomised controlled trials of statins as an adjuvant cancer therapy can be recommended, add the authors, the association requires confirmation in large, well-conducted observational studies. A trial randomly allocating patients with stage II and III colon cancer, to receive statins to investigate the effect on polyp prevention, is currently ongoing, and “may provide further evidence on the potential of statins as cancer therapy.”

For patients with cancer, venous thromboembolism (VTE) represents a frequent complication, but management of DVT and pulmonary embolism is considered challenging due to the high risk of recurrent events and haemorrhages. LMWH, it has been reported, is more effective than Vitamin K antagonist therapy, with the result LMWH is recommended as the first option for cancer patients experiencing acute VTE.

While recommendations suggest patients with cancer-related DVT should be treated for six months or longer, this is not based on randomised trials. Among non-cancer patients, easily determinable markers, such as RVT and the D-dimer test, have been proposed to support safe withdrawal of Vitamin K antagonist three to six months after DVT.

In the DACUS study, Sergio Siragusa and colleagues, from the Università degli Studi di Palermo, Italy, evaluated use of RVT to assess optimal duration of anticoagulant treatment in cancer patients with lower-limb DVT. The presence of RVT, measured by compression ultrasound, reflects venous stasis and vessel-wall damage, both important in pathogenesis of venous thrombosis.

For the study, between October 2005 and April 2010, 347 patients with active cancer, with a first episode of DVT treated with LMWH for six months, were assessed for RVT.

Next, the 242 subjects found to have RVT were randomly assigned to continue LMWH for an additional six months (group A1, n=119) or to discontinue treatment (group A2, n=123); while patients without RVT stopped LMWH (group B, n=105).

“Our results indicate that, after 6 months of standard treatment with LMWH for DVT, the absence of RVT identifies patients with cancer at a low risk for recurrent thrombotic events,” write the authors, adding RVT testing could help select patients who might benefit from shortened periods of anticoagulation.

Screening programmes are driven by the hypothesis that lung cancer may be cured if disease is detected at an early stage, and that benefits include not only reduced mortality but also averting potentially expensive treatment courses in the advanced setting, associated with low success rates. Given that approximately 8.6 million people in the US meet the criteria for enrolment in the National Lung Screening Trial based on their age and smoking history, the cost of national screening programmes could be significant.

For this study, between September 2008 and December 2011, a publicity campaign was run across seven major cities in Canada, with advertisements in newspapers, on the radio and physician offices, directed at people at risk of developing lung cancer due to age and smoking history. Using a web-based lung cancer prediction tool, volunteers found to have 2% or greater lung cancer risk over three years were invited to join the study.

Altogether 2537 eligible participants were enrolled and scheduled for screening with at least two low-dose CT screening tests: CT-S-1 at baseline and CT-S-2 after 12 months. Lung nodules deemed suspicious for lung cancer were referred for further investigation, which may have included diagnostic imaging, bronchoscopy, percutaneous biopsy, or a surgical procedure.

Altogether 83 cases of lung cancer were detected and confirmed within 30 months of CT-S-1, with 67% being stage IA non-small-cell lung cancer (NSCLC), and 75% early-stage (I or II) NSCLC.

“This is the first prospective resource utilization and cost analysis of a lung cancer screening study that may be used to inform program evaluation and cost-effectiveness analyses (CEAs),” write the authors. “Lung cancer screening is going to be a major policy issue and accurate information on the costs and benefits of screening are urgently needed to inform future cost effectiveness models and the overarching policy debate.”

Performing 40–60 oesophagectomies per centre per year is the minimum number of cases for achieving the highest two-year survival rate, after which a plateau is reached, finds a study funded by the Dutch Cancer Society.

Surgical resection is the cornerstone of curative treatment for oesophageal cancer, with compelling evidence suggesting that patients achieve better short- and long-term outcomes when treated in hospitals with high annual surgical caseloads. Recent literature, however, has proposed varying definitions of ‘high-volume’, ranging from more than five to more than 86 annual oesophageal cancer resections. In consequence there is no consensus about what should be considered a high-volume hospital.

“The current study showed a continuous, nonlinear decrease in HRs for 6 month and 2 year mortality, until hospital volumes of up to 40–60 esophagectomies per year, implicating that centralization of esophageal cancer resections to hospitals performing 40–60 resections per year may lead to an improved 6 month mortality and 2 year survival,” write the authors.

The findings, they add, may be used to guide national and regional centralisation efforts worldwide.

Positron emission tomography/computed tomography (PET-CT) is more accurate at predicting survival in patients with follicular lymphoma than conventional CT scanning and should be considered the standard approach for response assessment, finds a pooled analysis of three clinical trials.

While PET-CT has been incorporated into response criteria for diffuse large B-cell lymphoma and Hodgkin lymphoma (both curable disorders requiring urgent management), follicular lymphoma was not included due to the paucity of data. Although initially sensitive to rituximab chemotherapy, follicular lymphoma is characterised by recurrent relapses and risk of histological transformation. Current practice uses CT imaging to evaluate treatment response, but CT cannot easily distinguish patients who are likely to remain in remission for several years from those at high risk of early relapse. PET-CT utilises the tracer 18F-fluorodeoxyglucose (FDG), which is highly concentrated in lymphoma cells.

In the current study, Judith Trotman, from the University of Sydney in Australia, and colleagues, evaluated the scans of 246 patients from three studies who underwent PET-CT within three months of their last dose of therapy. For the PET-CT scans patients were analysed by independent reviewers according to the five-point Deauville scale (5PS) evaluating FDG uptake on PET images on a scale of 1 to 5, with 1=no uptake, and 5 showing that uptake in lesions is higher than in the liver. Altogether 41 patients (17%) were considered to have a ‘positive’ post-induction PET scan according to the ‘cut-off’ of 4 or higher on 5PS.

“Our analysis has shown that PET-CT provides better assessment of therapeutic response and prediction of progression-free and overall survival than does contrast-enhanced CT and bone marrow-based response assessment,” conclude the authors, adding that achievement of a negative PET status after first-line therapy for high-tumour-burden follicular lymphoma provides considerable reassurance for patients.

Future clinical trials, they suggest, could study a change to salvage chemotherapy and autologous stem-cell transplantation in patients with a positive PET scan, or a change to a non-chemotherapeutic approach with the immune modulatory agent lenalidomide, BCL2 inhibitors, or drugs targeting B-cell receptor signalling pathways.

In an accompanying commentary, Bruce Cheson, from Georgetown University in Washington DC, writes, “That patient outcome can be predicted with molecular imaging is good news; the question is, what should be done with this information?” In clinical practice, he adds, patients with positive scans should be followed up more closely, but there are no data yet demonstrating that more intensive treatment leads to better outcomes.

While centralisation of pancreatic surgery has been shown to reduce postoperative mortality, it is unknown whether this has led to improvements in long-term survival. In The Netherlands around 500 pancreatic resections for neoplasms are performed annually. In 2006 agreement was reached in two of eight Dutch health regions for performance of pancreatic surgery to be restricted to two or three hospitals in that region.

In the current study, Marc Wouters, from Leiden University Medical Centre, and colleagues, set out to analyse the impact of nationwide centralisation of pancreatic surgery on resection rates and long-term survival.

The study, write the authors, has several strengths including the reliability and completeness of the clinical population-based data available from the National Cancer Registry, with information on all patients with cancer, both those who had a resection and those who did not.

“The increase in the proportion of patients having a resection with no increase in mortality is important, because pancreatic resection remains the only curative option for pancreatic cancer,” write the authors. Hospital volume, they add, was a significant prognostic factor for utilisation of pancreatoduodenectomy, as has been shown elsewhere with oesophageal and lung cancer surgery.

“Continuing centralization based on minimum volume standards as well as process and outcome criteria, is likely to improve patient outcomes and should be encouraged,” conclude the authors, adding that the extent to which further concentration will lead to additional improvements is unclear. 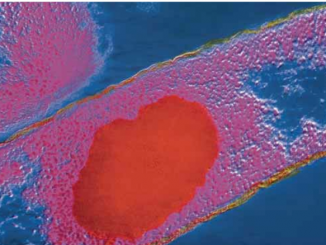