Cancerworld witnessed the final consensus meeting that produced the new guidelines on advanced breast cancer. The consensus panel gathered in Lisbon during ABC5 to discuss, and sometimes to disagree. At the end, the experts voted more than 50 statements, some of them totally new for the topic

Health professionals, patients and advocates have come to an agreement: drugs that target CDK4 and CDK6 enzymes should be the standard of care for hormone dependent cancers (oestrogen receptor positive, ER+, and HER2 negative) in advanced breast cancer patients, both for pre-menopausal and menopausal women and for men. If CDK4/6 inhibitors can prolong life for up to a year, patients should be using them, concluded the experts at the Advanced Breast Cancer 5th International Consensus Conference (ABC5), in Lisbon (Portugal), in November 2019.

“It’s part of the ABC Global Alliance task now to take the guidelines and, according to the resources in each region or country, see what’s possible to achieve” said Fátima Cardoso, Coordinating Chair of the ABC5 Conference, after the consensus session.

More than 50 statements,
some of them new to the guidelines, were voted.

It was not difficult to reach an agreement on CDK4/6 inhibitors, since the evidence was there. For other treatments, especially when the scientific conclusions were not as robust, more discussion was needed. In the end, Fátima Cardoso gives a positive note to the meeting that voted more than 50 statements, some of them new to the guidelines, such as stating that cancer patients should not have restrictions in the access to adequate pain control and that the role of cannabis to assist in pain and symptom control should be studied.

“Guidelines are also meant to point the needs and the fields of research that should be developed” said Cardoso, who is also the Director of the Breast Unit of the Champalimaud Cancer Centre, in Lisbon. One of the topics she would like to see addressed in the near future is triple-negative breast cancer treatment. “Unfortunately, we still don’t have drugs with a real impact on survival in these patients”.

A large amount of work

The four-hours consensus meeting, open to the near 1.500 people attending the ABC5 conference in Lisbon, was just the end of a discussion that started almost two months earlier. “The last big oncology congress usually happens in September or October and, when we know that nothing else will be released before the ABC Conference, I prepare the first draft of the guidelines and send it to every panel member” said Cardoso.

In her role of Coordinator, she exchanged something like 250 emails, incorporating changes suggested by the members of the panel until they reached a version that would be as close as possible to the final one. The point is to have a “tuned version to avoid greater discussions during the session, because time is short” Cardoso added.

With so many statements to vote, and with such a short time to discuss them, Fátima Cardoso was frequently remembering the panel members that if they wanted to discuss each statement further they should have done it before the conference. That morning was the time to change a few words but not a full statement.

In order to have a consensus, more than 70% of the panelists had to agree. But if a consensus was not reached – or if the majority voted ‘no’ on the proposed statement – the guidelines would mark the statement as refused, disagreement would be explained in the manuscript and maybe the statement qould be rephrased and voted again after two years.

Finding consensus for the best treatment

The combination of non-steroidal aromatase inhibitors (AI) and fulvestrant as first-line therapy for post-menopausal patients is an example of the lack of consensus. In 2017, 33% voted ‘yes’ and 53% voted ‘no’. In 2019, the panel members considered that the trial that supported this statement was already obsolete and that CDK4/6 inhibitors might be a better option: 37,5% voted ‘yes’ and 60% voted ‘no’. Some panelists rejected the idea that fulvestrant could be used as an option because countries should fight to have CDK4/6 inhibitors available, as they are proved to prolong life.

Even after months of discussions and hours of voting, the work is not done yet. The statements cannot be changed, but the manuscript with the detailed interpretation will be edited and reviewed by all the panel members. “It may take four or five months until it is finally published” said Cardoso who also highlighted that the ABC guidelines are part of the official guidelines endorsed by the European Society for Medical Oncology (ESMO). They can be e-updated if something really important is published in the literature before the next ABC Consensus Conference that will take place in Lisbon in 2021.

The creation of a consensus guideline can be as interesting as a performance. “I have to keep the audience happy and entertained, and be sure that all the members of the panel are feeling heard and happy” said Eric P. Winer, Co-chair of the Consensus Conference. “I also have to encourage people to participate in the lively discussion” added Winer, who is the Director of the Breast Cancer Program at Dana-Farber and the Dana-Farber/Harvard Cancer Center, in Boston (USA).

Recording was not allowed, but as soon as the first voting started, all the smartphones were up in the air like in a music concert.

First statements voted were on advanced breast cancer definitions and general guidelines that are based on experts’ opinion, like having breast imaging in ABC patients with long-standing stable disease or those in complete remission. The panel decided to avoid terms like “screening”, “annual” or “regular” because people that read the guidelines may take it as compulsory. In 2017, 53% of the panelists said ‘yes’ to this approach, now there was 83%. “We did better this time,” Eric P. Winer commented.

The statement on the use of bevacizumab combined with chemotherapy, on the other side, did worse this time. Changing from “recommendations on its use [is] difficult and considered as an option” to “the use of bevacizumab is generally discouraged” made it harder to get a consensus: 74% voted ‘yes’ in 2017, 52,6% voted ‘no’ in 2019.

“When we have a lower level of evidence, it gives room for more opinions and opinions can differ, but I find it important to have these disagreements and to discuss” Cardoso commented referring to the topics where a consensus was not reached.

It is certainly better when everyone agrees with a statement, especially when it took one of the longest discussions on the session. After arguing and rephrasing for 15 minutes, the panelists agreed 100% on ‘yes’ on the use of CDK 4/6 inhibitors, though that ‘yes’ meant uncertainty, because it remains uncertain if they should be given in the first or the second line. Most panelists are giving this treatment in the first line, but that won’t be compulsory and the doctors are free to decide to save it as a second line.

“When we have a lower level of evidence,
it gives room for more opinions and opinions can differ,
but I find it important to have these disagreements and to discuss”.

An agreement was reached also on the maintenance therapy after chemotherapy: endocrine therapy (ET) alone should be prescribed instead of a combination CDK4/6 inhibitor and ET, with 76,3% voting ‘yes’. Panelists engaged in a long discussion on this topic, because “the effort is not to have the highest consensus in voting” one of the panelists said. “We need to express our disagreement.” The arguing continued in such a way that unexpectedly the statement was voted again. In the second run it only got 65,7% of approval.

“We shouldn’t vote twice. We should have discussed previously and then make little adjustments” said Cardoso after the meeting. “Clearly there wasn’t a consensus there”.

CDK4 and CDK6 inhibitors were also at the core of another statement. “Two years ago they have been proposed as one of the preferred options to treat hormone dependent cancer [around 70% of advanced breast cancers]. But since then, more studies went out and we had results on survival” explained the Coordinating Chair after the meeting. “It is really rare for a drug to have a measurable impact on overall survival, so when it happens it must be the standard of care.”

And when it becomes the standard of care, policy makers have to find a way to provide it to patients and patients can pressure their doctors and governments using an evidence-based guideline.

Time was running out and there were some statements still to vote. The panel started discussing bone metastases, particularly the use of zoledronic acid. Matti Aapro, President-Elect of the European CanCer Organisation (ECCO), said that the statement would go against the European Society of Medical Oncology (ESMO) guidelines, so the best way to solve the problem was to consider a consensus and adopt the ESMO guidelines, because consistency among different official documents should be valued.

Two brand new statements were voted at the end of the session, one “insisting that cancer patients should not have restrictions placed that will limit their access to adequate pain control”; the other one encouraging the research on cannabis to understand if it can be used to treat pain and other symptoms, and perhaps substitute morphine for pain control.

“Patients with advanced breast cancer can suffer pain and other symptoms, particularly towards the end of their lives. We need to ensure that appropriate pain medications and other symptom interventions are available to them” said Eric P. Winer.

Fátima Cardoso expects that these guidelines will help improving palliative care and pain management. “They can be used to exert political pressure.” 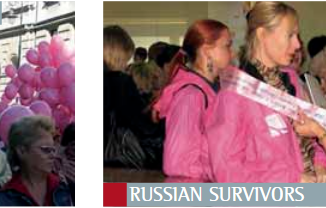 Coming out for breast cancer country by country