This is an abridged version of K Seystahl et al (2016) Therapeutic options in recurrent glioblastoma –an update. Critical Reviews in Oncology/Hematology 99: 389-408. It was edited by Janet Fricker and is published with permission ©2016 Elsevier Ireland Ltd. doi:10.1016/j.critrevonc.2016.01.018

Glioblastoma is a devastating disease with a median overall survival (OS) of 8.1 months for the period 2000–2003 and 9.7 months for 2005–2008 in population-based studies in the US (J Neurooncol 2012, 107:359–64).
The current standard of care in newly diagnosed glioblastoma was established based on the trial of the European Organisation for Research and Treatment of Cancer (EORTC)/National Cancer Institute of Canada Clinical Trials Group (NCIC-CTG), showing prolonged median OS of 14.6 months by addition of temozolomide (TMZ) during and after radiotherapy compared to radiotherapy alone (12.1 months) (N Engl J Med 2005, 352:987–96). Promoter methylation of the O6-methylguanine-DNA methyltransferase (MGMT) gene is a predictive biomarker for benefit of TMZ in newly diagnosed glioblastoma (N Engl J Med 2005, 352:997–1003). Currently, no standard of care is established for recurrent or progressive glioblastoma (Lancet Oncol 2014, 15:e395–403). Identification of effective therapies has been complicated by lack of appropriate control arms, selection bias, small sample sizes and disease heterogeneity.

Diagnosis of progression and response

The RANO (Response Assessment in Neuro-Oncology) criteria are considered to be the most accepted approach for diagnosis of progression and response in recurrent glioblastoma (J Clin Oncol 2010, 28:1963–72). In suspected pseudoprogression, repeat MRI imaging in shortened time intervals is recommended, while usually maintaining treatment.

Approach for individualised treatment decisions in patients with glioblastoma

The role of repeat surgery in progressive or recurrent glioblastoma remains controversial, underlining the need for prospective randomised trials. While some, mainly retrospective, studies suggest survival benefits for repeat surgery (J Neurooncol 2014, 117:147–52; World Neurosurg 2015, 84:301–7), others do not (Neuro Oncol 2014, 16:719–27; Eur J Cancer 2012, 48:1176–84). A post-hoc analysis of the prospective DIRECTOR trial in a subgroup of 59 evaluable patients stratifying for extent of resection showed superior survival only in those patients having received complete resection of gadolinium-enhancing tumours (Neuro Oncol 2016, 18:549–56).
Beyond an expected therapeutic efficacy, acquiring tumour tissue at repeat surgery could distinguish between recurrent disease and radiation necrosis, and help biomarker-based decision making.

Evidence for re-irradiation is limited, highlighting the need for more randomised controlled trials. Concerns around repeat radiotherapy include radiation necrosis and neurocognitive impairment as well as limited efficacy.

Nitrosoureas, such as carmustine (BCNU), lomustine (CCNU), nimustine (ACNU), and fotemustine, are DNA alkylating agents and have been extensively used in glioma treatment. The use of nitrosoureas increased for recurrent disease when TMZ became standard of care in newly diagnosed glioblastoma.
Five single-arm phase II trials and six randomised phase II or III trials comprising one arm with nitrosourea monotherapy were reviewed. Comparison of the data is complicated by inclusion of TMZ-naïve or TMZ-pretreated patients in some trials. Progression-free survival at 6 months (PFS-6) ranged between 17.5% and 61.5%, and median OS between 6.0 and 11.1 months for monotherapy of nitrosourea agents. Notably, in the randomised studies, lomustine as monotherapy, commonly intended to be a ‘control’ agent, showed comparable results with the investigational agents enzastaurin (J Clin Oncol 2010, 28:1168–74), cediranib (J Clin Oncol 2013, 31:3212–8), galunisertib (J Clin Oncol 2015, 33:suppl, abstr 2014) or bevacizumab (Lancet Oncol 2014, 15:943–53), pointing towards relevant single-agent activity of the ‘control’ agent or lack of efficacy of the experimental agents.
The combination of lomustine plus bevacizumab showed prolonged median PFS and OS and higher PFS-6 than the single agents in the BELOB phase II trial (Lancet Oncol 2014, 15:943–53). The promising efficacy signal of this combination was not confirmed in the EORTC 26101 phase III trial comparing lomustine plus bevacizumab with lomustine alone in patients with recurrent glioblastoma, which did not report a difference in OS (8.6 vs 9.1 months), although prolonged PFS (1.5 vs 4.2 months) was confirmed (Neuro Oncol 2015, 17:suppl 5, abstr LB05).
In summary, nitrosoureas remain one standard of care at least for current clinical trials. It is likely to expect that clinical efficacy will be more prominent in patients with tumours with MGMT promoter methylation (Lancet Oncol 2014, 15:943–53; N Engl J Med 2000, 343:1350–4).

TMZ was approved for recurrent glioblastoma in 1999 based on two phase II trials, which both used a schedule of TMZ 150–200mg/m2 for five out of 28 days. In one of these trials, TMZ was superior to procarbazine in patients, 60% of whom were pretreated with nitrosoureas, with a PFS-6 rate of 21% versus 8% and median OS prolonged by 1.5 months (Br J Cancer 2000, 83:588–93). The second trial, conducted as a single-arm study, showed a PFS-6 rate of 18% (Ann Oncol 2001, 12:259–66). PFS-6 rates of other prospective studies, mainly without previous TMZ treatment, using this schedule ranged from 21% to 24% (Jpn J Clin Oncol 2007, 37:897–906; Ann Oncol 2001, 12:255–7; Oncology 2002, 63:38–41; Hong Kong Med J 2005, 11:452–6). Several mainly single-arm trials evaluated alternative TMZ dosing schedules aiming at overcoming TMZ resistance. Yet, it seems very unlikely that there are relevant differences between the various dose-intensified TMZ regimens, and their superiority over standard-dose TMZ, for patients experiencing recurrence after a TMZ-free interval, has not been demonstrated either. The DIRECTOR trial demonstrating no outcome differences for two alternative TMZ dosing schedules established the role of MGMT promotor methylation as a prognostic marker for benefit of TMZ in recurrent glioblastoma (Clin Cancer Res 2015, 21:2057–64).
Prospective trials evaluating TMZ-based combination regimens, mainly conducted as single-arm studies, have failed to provide convincing efficacy signals beyond single-agent activity.

Therapeutic principles of immunotherapy include immunomodulatory drugs aiming at activating the immune system against the tumour, treatment with oncolytic viruses, and different vaccination approaches, either cell-based or antigen-based or both. All approaches theoretically should work best if applied early in the course of the disease to patients with minimal residual disease. This is why the majority of immunotherapeutic studies in glioblastoma today are conducted in the first-line setting and no longer in recurrent glioblastoma.
Immune checkpoint inhibition, interfering with inhibitory T cell signalling via programmed death 1 (PD-1), the PD-1 ligand or cytotoxic T-lymphocyte-associated antigen 4 (CTLA-4), offers a promising approach.
Regarding vaccination, encouraging results were reported for rindopepimut, a vaccine consisting of a peptide sequence of EGFRvIII, which was evaluated in combination with bevacizumab versus a control vaccine plus bevacizumab in bevacizumab-naïve patients. The rindopepimut arm had a higher overall response rate (24% vs 17%), prolonged PFS-6 (27% vs 11%) and median OS (12 vs 8.8 months) (J Clin Oncol 2015, 33:suppl, abstr 2009).

Treatment should be individualised, and take into account factors such as patient age, performance status, MGMT promoter methylation, response to previous regimens, and quality of life with regard to toxicities (see figure, p 51). Further investigations are needed to improve the prognosis for patients with recurrent glioblastoma.

There is little evidence for effective treatment options in recurrent glioblastoma due to the paucity of randomised controlled trials and, more importantly, active agents. 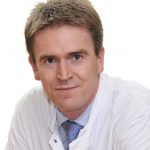 Most clinical trials are single-arm studies lacking a control arm. Based on the available data, alkylating chemotherapy with temozolomide or nitrosoureas represents the currently most widely accepted option for systemic therapy at tumour recurrence. O6-methylguanine DNA methyltransferase (MGMT ) promoter methylation may serve as a biomarker predicting benefit from chemotherapy with temozolomide or nitrosoureas, not only for newly diagnosed glioblastoma but also at recurrence. Bevacizumab, the antibody to the vascular endothelial growth factor, has clinical activity with prolonged progression-free survival in recurrent glioblastoma, but an effect on overall survival is uncertain. The BELOB phase II trial pointed towards efficacy regarding overall survival of the combination of bevacizumab with nitrosoureas; however, this was not confirmed in the EORTC26101 phase III trial. 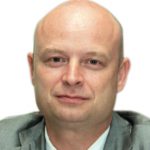 Treatment for patients with recurrent glioblastoma should be somewhat individualised. Age, general condition of the patient, previous therapy and response to the respective treatment should be taken into account as well as molecular markers, especially MGMT promoter methylation and quality of life with regard to expected toxicities.
Furthermore, we should aim to treat patients within clinical trials in order to improve the knowledge on effective therapies for the future.

Instead of small uncontrolled trials, novel therapeutic concepts should be tested in a randomised fashion already at an early stage of the development of the drug. Identification of predictive biomarkers will help to further develop evidence-based concepts for patients with recurrent glioblastoma. 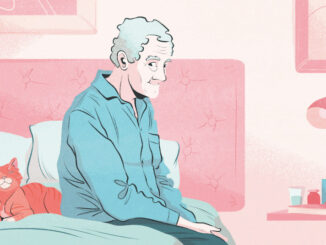