On November 12, the International Association for the Study of Lung Cancer (IASLC) issued a policy statement that strongly discourages the use of electronic cigarettes (e-cigarettes, or e-cigs) by non-smokers. The timing of the release is not casual, since November is the Lung Cancer Awareness Month, and nothing could reduce the burden of lung cancer as much as the reduction of the tobacco epidemic.

“Electronic cigarettes have rapidly gained popularity under the premise that they may help people who smoke to quit, and that they may be less harmful than combustible tobacco,” said Tetsuya Mitsudomi, professor of thoracic surgery at Kindai University in Osaka, Japan and President of the IASLC. Though, the benefits of e-cigarettes for smoking cessation have not been proven yet.

On the contrary, potential harms of e-cigarettes use are currently emerging. Data in animal models suggest there could be a link between vaping and lung cancer. Moreover, as of November 13, the US Centers for Disease Control  have reported 2,172 cases of vaping related illness and 42 deaths due to apparent pulmonary inflammation associated with e-cigarettes. “I think it is very important to note that, while severe illnesses that have resulted in death and hospitalization have been widely publicized, there may be many less serious but still significant illnesses or damage to the lungs being caused by vaping,” said Dr. Matthew Steliga, chair of the IASLC’s Tobacco Control and Smoking Cessation Committee.

Notably, 79% of the patients were under 35 years old and 14% were under 18 years old. In fact, a major concern is that the use of e-cigarettes has greatly expanded to non-smokers, including youths and young adults. “For years we’ve known that tobacco cigarettes were dangerous, but short-term use does not send people to the hospital – said Frank Leone, MD, member of the American Thoracic Society (ATS) Tobacco Action Committee – Now, there is increasing evidence that short-term use of e-cigarettes can send children to the emergency room”. Based on current evidence, the IASLC strongly recommends that electronic cigarettes should never be used by youth or by adults who are not currently smoking. 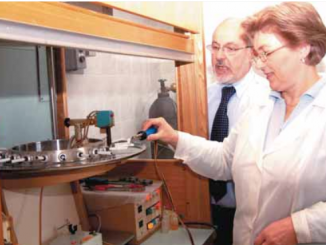 ASTER–another flow in the diagnostic field of lung cancer?