In premenopausal women with hormone-receptor-positive early breast cancer the aromatase inhibitor exemestane plus ovarian suppression is more effective at preventing recurrence than tamoxifen plus ovarian suppression, a combined analysis of the TEXT and SOFT trials has found. The studies, which were led by the International Breast Cancer Study Group (IBCSG), in partnership with the Breast International Group (BIG) and the North American Breast Cancer Group (NABCG), were presented at the 2014 ASCO annual meeting.

Treatment with an aromatase inhibitor, such as exemestane, has previously been demonstrated to benefit postmenopausal breast cancer patients more than treatment with tamoxifen.

The phase III TEXT (Tamoxifen and Exemestane Trial) and SOFT (Suppression of Ovarian Function Trial) were both conducted to determine whether such benefit could be extended to premenopausal women by combining exemestane with ovarian function suppression. Between November 2003 and April 2011 the TEXT trial enrolled 2,672 premenopausal women and the SOFT trial enrolled 3,066 premenopausal women, from a combined total of more than 500 medical institutions in 27 countries. The women were randomly assigned to five years of adjuvant treatment with exemestane plus ovarian suppression or tamoxifen plus ovarian suppression. SOFT also included a third arm assigned to tamoxifen alone, which will be analysed in late 2014. Suppression of ovarian oestrogen production was achieved with use of triptorelin – a gonadotropin-releasing-hormone agonist – oophorectomy, or ovarian irradiation. The women could also receive chemotherapy as part of their adjuvant treatment.

Exercise enhances tumour perfusion and diminishes tumour hypoxia, a rat model of prostate cancer has found. The US investigators believe their study suggests that encouraging patients to exercise could enhance the delivery of tumour-targeting drugs.

In the current study, Bradley Behnke and colleagues, from the University of Florida, Gainesville, randomised 66 male rats aged four to six months to have rat prostate carcinoma cell lines (Dunning R3327-MatLyLu) injected into their ventral prostate (n=42) or saline (n=14). Both injections took place during a surgical procedure.
The saline control arm was intended to explore whether results were due to the cancer state or the surgical procedure.

After surgical recovery (>4 hours), the rats were placed on treadmills, and blood flow in the conscious condition was measured at rest and five minutes after the onset of exercise. The vasoconstrictor responsiveness of resistance arterioles was also investigated in vitro after the animals had been sacrificed, using the isolated microvessel technique.

In arterioles taken from rats that had been injected with tumour cells, the maximal constriction elicited by norepinephrine was blunted by approximately 95% versus rats with healthy prostate arterioles (the control group injected with saline) (P<0.001).

“Overall, these data demonstrate that exercise augments tumor oxygenation, which, considering hypoxia is associated with a more aggressive phenotype, provides a potential mechanism for the reduced rate of metastasis and tumor growth observed in most studies with chronic exercise and the beneficial effects of exercise after diagnosis of prostate cancer,” conclude the authors, adding that it is unknown whether the same response is observed in other solid tumours or at different intensities of exercise.

In an accompanying commentary, Lee Jones, from Memorial Sloan-Kettering Cancer Center, and Mark Dewhirst, from Duke Cancer Institute, write, “Mechanistically driven preclinical investigations in conjunction with biomarker-driven clinical studies will be required to unravel the complex and dynamic relationship between exercise, the host–tumor interaction, and response to therapy.”

Robotic-assisted lobectomy is associated with higher rates of intraoperative injury and bleeding than thoracoscopic lobectomy and is significantly more expensive, finds a population-based US analysis.

The perceived benefits associated with robotic-assisted surgery include less postoperative pain, fewer complications and quicker recovery times. Furthermore, in contrast to current minimally invasive methods, it is considered easier to train surgeons using robotic techniques. However, studies in hysterectomy patients have shown that robotic-assisted procedures (for both benign and malignant conditions) are no better than their laparoscopic counterparts.

For the current study, Subroto Paul and colleagues, from New York Presbyterian Hospital–Weill Cornell Medical College, identified 2,498 robotic-assisted procedures and 37,595 thoracoscopic lobectomies, performed between 2008 and 2011. The procedures were identified from the Nationwide Inpatient Sample (NIS), which contains information on 20% of all hospital discharges from non-government institutions in the US. Codes identified which patients underwent which procedures.

The study also showed that a greater proportion of robotic-assisted operations were performed in smaller- to medium-size hospitals, non-teaching hospitals and hospitals with moderate lobectomy volumes.

“Our population based analysis of a national database demonstrates that robotic-assisted lobectomy does not offer any substantial benefit over thoracoscopic lobectomy; and may increase operative risk,” write the authors.

Robotic platforms, they add, provide no tactile feedback, and use of the high- definition three-dimensional operative cameras comes at the cost of a lack of surgical perspective. “Both of these factors can also lead to increased chance of injury by robotic arms by inadvertent excess use of force or their movement out of the field of view. This off-screen damage is neither seen nor felt with the greatest risk from surgeons who are not completely familiar with the technology.”

Recent introductions of robotic energy and stapling devices and dual consoles for two surgeons, they add, could in future decrease both the costs of robotic surgery and the potential for harm.

Changes in health-related quality of life (HRQoL) scores from baseline during treatment provide significant prognostic factors for survival in patients with advanced non-small-cell lung cancer, a secondary analysis of an EORTC study has found.

Many studies and meta-analyses have demonstrated that a patient’s baseline HRQoL can predict overall survival across different cancer types, independent of socio-demographic and other clinical prognostic factors. Few studies, however, have investigated whether change in HRQoL from baseline over time offers added predictive value.

The prognostic significance of HRQoL scores at baseline and their changes over time were assessed with Cox regression, after adjusting for clinical and socio-demographic variables. Three different change scores were calculated by subtracting the baseline score from the scores at the end of the first, second and third cycle of treatment.

“Our work suggests that the regular HRQoL assessments during the course of treatment could be an early signal of patient deterioration, and raises the hypothesis that interventions to improve pain, physical functioning, dysphagia and social function could have potential to improve survival outcomes,” write the authors, adding that appropriate care procedures should be taken when there is an indication that the patient’s HRQoL has deteriorated. The utility of this approach to patient management, they add, should be investigated in prospective studies in patients with non-small-cell lung cancer.

Among breast cancer survivors melatonin use was associated with improvements in subjective sleep quality without any significant adverse effects, a US study has reported.

Sleep disturbances are common among breast cancer survivors and can have a significant impact on quality of life. Melatonin has been widely evaluated as treatment for jet lag and insomnia, with more limited evidence suggesting a potential role for melatonin supplements in the treatment of depression. It has also been observed that melatonin levels decrease with age, particularly around menopause and may affect hot flushes.

In the current study, Wendy Chen and colleagues, from Brigham and Women’s Hospital, set out to examine the effects of melatonin supplementation on sleep, mood and hot flushes in postmenopausal breast cancer survivors. Between March 2007 and March 2009, 95 postmenopausal women with a prior history of stage 0–III breast cancer, who had completed active cancer treatment (including hormonal therapy), were randomly assigned 1:1 to either 3 mg oral melatonin (n=48) or placebo (n=47) daily for four months. Women were instructed to take tablets nightly at 9 pm due to melatonin’s possible sedating effects. Sleep, mood, and hot flushes were assessed at baseline and four months using two self-administered questionnaires – the Pittsburgh Sleep Quality Index (PSQI) and the Center for Epidemiologic Studies–Depression (CES-D) questionnaire – as well as the North Central Cancer Treatment Group (NCCTG) hot flush diary, which records both the frequency and intensity of hot flushes over the past seven days.

Results showed that, at baseline, 52% of participants reported poor sleep in the month prior to enrolment. The mean change in PSQI score was –0.1 in the placebo group compared to –1.9 in the melatonin group (P<0.001) – with a higher PSQI score reflecting worse sleep quality. No statistically significant differences in change scores were noted, however, between the two treatment arms for any of the components of the assessed hot flush scores (P=0.19), or the average change in depression scores (P=0.66).

“In this double-blind randomized controlled trial, we have demonstrated the efficacy of melatonin in improving sleep among breast cancer survivors,” conclude the authors, adding that it is possible that higher doses than 3 mg melatonin might prove even more effective.

That the investigators did not see any effects on depression or hot flushes might be explained by the fact that the study was not powered to detect these differences, and also that the subjects were not clinically depressed and only 44 subjects reported hot flushes at baseline.

Future studies, say the authors, should evaluate the efficacy of melatonin in helping sleep in patients undergoing active cancer treatment, and whether sleep improvements translate into improvements in fatigue, since this is the primary complaint of many breast cancer survivors.

Adjuvant! Online, a programme predicting 10-year outcomes for patients with breast cancer, does not accurately predict overall survival and recurrence in older people with early breast cancer, a study funded by the Dutch Cancer Foundation has concluded.

Optimum combinations of adjuvant endocrine therapy and chemotherapy in breast cancer now result in relative risk reductions of between 20% and 57% in 15-year mortality. In patients with a high absolute risk of recurrence, the potential benefit of adjuvant treatment is large. Such benefits, however, might be attenuated in the presence of increased comorbidities or old age, because of shorter life expectancy and competing causes of death. Adjuvant! Online is an online, open-access prediction program that predicts 10-year breast cancer recurrence, breast cancer mortality, mortality due to other causes, and expected benefits of specific adjuvant treatment options for individual patients. The model was developed using a large database derived from the Surveillance, Epidemiology, End-Results (SEER) registry, involving a population of 34,352 patients aged 35 to 69 years.

In the current study Gerrit-Jan Liefers, from Leiden University Medical Centre, and colleagues set out to investigate the discriminatory accuracy and calibration of Adjuvant! Online in a cohort of 2012 women aged 65 years or older diagnosed in the south west of the Netherlands between January 1997 and December 2004 with in-situ and invasive breast cancer. The women had a median age of 74.0 years.

For the study, investigators undertook two separate models, one in which comorbidity of all patients was defined as average for age (model 1), and another in which comorbidity was individualised and identified by an expert panel (model 2). The authors then entered this, together with patient and tumour characteristics, into the Adjuvant! Online program version 8.0 to calculate predicted 10-year overall survival and 10-year cumulative recurrence for every patient.

In an accompanying commentary Etienne Brain, from the Institut Curie, Saint-Cloud, France, writes, “Aside from showing the inadequacy of Adjuvant! Online for the older population with breast cancer, this work also stresses the crucial need for better methods to assess individual risks and potential benefit brought by treatments in older people.” 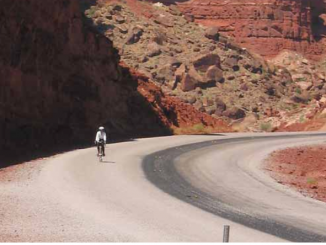 What’s brave about having cancer? 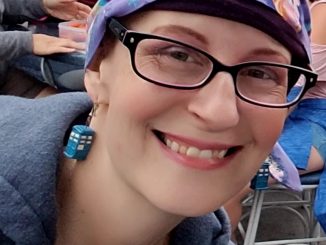 How to help a friend with metastatic breast cancer