As many as Baltimore’s residents. This is the answer to the question: “How many breast cancer patients have been saved from death in the past 30 years thanks to mammography screening and improved treatment?”. Baltimore has over 600.000 residents. Being a pessimist, the answer could scale down to the population of a smaller city like Cleveland, but still it is impressive. R. Edward Hendrick, professor of Radiology at the University of Colorado, and colleagues calculated that the number of deaths averted for women aged 40 to 84 years since 1989 falls between 384,000 and 614,500. For their analysis, whose results were just published by Cancer, the investigators utilized age-adjusted female breast cancer mortality rate and population data from the Surveillance, Epidemiology, and End Results (SEER) program established by the US National Cancer Institute. The estimated number varies depending on which of four different methods is used to calculate background mortality rate (i.e. in the absence of screening mammography and improved treatment).

“We believe that hundreds of thousands of women’s lives, likely in excess of one-half million by 2018, have been saved by the use of screening mammography and new developments in breast cancer treatment since 1989” writes Hendrick. The estimation largely exceeds the one reported in a previous analysis published in 2015. “DeSantis et al. estimated the number of female breast cancer deaths averted because of screening and improved treatment from 1989 to 2012 to be 249,000, based on the assumption that, absent increased screening or improved treatment, the death rate would have remained at 1989 levels – explains Hendrick – The assumption that background mortality rates are flat likely underestimates the number of breast cancer deaths averted. This is because, similar to breast cancer incidence rates, US breast cancer mortality rates were increasing prior to 1990”.

The authors point out that their analysis did not attempt to estimate the separate contributions of mammography screening and advances in treatment. Therefore, this extraordinary result must be attributed both to the implementation of the screening and the introduction of effective therapeutic options, mainly adjuvant chemotherapy and hormonal therapy. 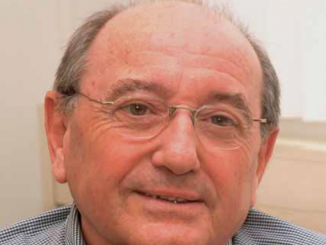 The man behind the margins 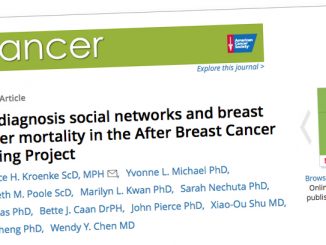 Not all social relationships are beneficial to breast cancer patients