A subset of patients with head and neck cancer (HNC) who regularly used aspirin or other nonsteroidal anti-inflammatory drugs (NSAIDs) for more than 6 months showed longer disease-specific survival and overall survival than nonregular NSAID users.

The authors of the study, just published by the Journal of Experimental Medicine, evaluated the impact of NSAID use on survival in a cohort of 266 patients with head and neck squamous cell carcinoma (HNSCC). Among patients harbouring alterations in a specific gene, the predicted 5-yr disease-specific survival was 72% for NSAID regular users and 25% for nonusers; the predicted 5-yr overall survival was, respectively, 78% and 45%. Interestingly, enhanced survival was observed in both HPV-positive and HPV-negative patients (HPV infection is a known risk factor for HNC). The gene associated sensitivity to NSAIDs, PI3KCA, is involved in the activation of the enzyme cyclooxygenase-2 (COX2) that produces prostaglandin E2 (PGE2). Notably, COX2 is a target of NSAIDs. Using preclinical models, the authors further demonstrated the association between PI3KCA alterations and positive responses to NSAID treatment.

“Our experimental evidence is in line with the hypothesis that genomic alteration of PIK3CA up-regulates PGE2 secretion, which in turn stimulates cellular proliferation” explains Jennifer R. Grandis, from the Department of Otolaryngology-Head and Neck Surgery of the University of California in San Francisco, senior author of the article. “This autocrine regulatory pathway results in differential susceptibility to cyclooxygenase targeting by NSAIDs. Regular NSAID use likely confers a statistically and clinically significant advantage in disease-specific survival, as well as overall survival, in patients with PIK3CA-altered HNSCC, through direct interaction between the PI3K and COX pathways”. Since PI3KCA alterations are common in HNC patients (35%), the clinical impact of adjuvant NSAID administration may be extremely relevant, the authors point out. 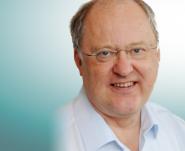 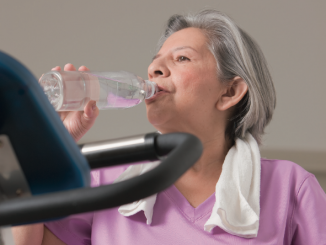 Does lack of physical exercise jeopardise a patient’s chances of survival?