Ending the overtreatment of women with DCIS will require enough women to have the courage and insight to demand something better. Tiffany OCallaghan won a Best Cancer Reporter Award for opening up the debate with her article in the New Scientist, which is republished here.

The lump in her right breast was smaller than a pea. When she first noticed it, last August, 28-year-old photographer Ellen Doherty was busy working on an exhibition. She put off visiting the doctor for a month.

When Doherty finally went, the doctor said it was probably nothing to worry about. But they did a scan to be sure – and that led to several more tests. Finally they said she had a 2.8-millimetre tumour known as ductal carcinoma in situ, or DCIS.

Like many women given this diagnosis, Doherty had never heard of it before. She quickly devoured any information she could find, but came away confused.

The term “in situ” means that the cancerous cells are contained within the breast’s milk ducts and have not invaded the surrounding tissue. This kind of lesion is not harmful unless it progresses past that stage and becomes invasive, but it is treated just as aggressively as invasive cancer. Yet this approach is increasingly being questioned, as evidence emerges that for some women DCIS would not turn out to be dangerous.

In fact, DCIS could be regarded as a creation of modern medicine, as most cases are found through breast screening – 30 years ago it was rarely diagnosed. The fear is that screening may be leading us to cut out lumps that, left alone, would have never caused a problem. “Are we helping people by diagnosing it, or are we making things worse?” asks Beth Virnig, who monitors cancer surveillance and detection data at the University of Minnesota in Minneapolis. Breast cancer used to be discovered only if it formed a noticeable lump or caused other symptoms such as nipple discharge. Since the advent of breast screening programmes using X-rays known as mammograms in the 1980s, it is more commonly found that way. And that means growing numbers of DCIS cases are being detected. In the US, the incidence has grown more than eight-fold since the 1980s. DCIS now makes up about a quarter of breast cancer cases found through screening.

When a mammogram turns up an abnormality the next step is a biopsy to remove a small sample of the tissue in question. If the diagnosis is DCIS, the options are the same as for invasive cancer: excision of a lump containing the growth, if possible, or removal of the breast. To Doherty this seemed bizarre: “How can they cut one of your boobs off for something that’s not going to kill you?”

Doherty had a lumpectomy in November, but while she was recovering, a doctor called to say the affected tissue was more widespread than they thought and they hadn’t cut out enough. In January she had a mastectomy.

This zero-tolerance approach to DCIS is based on the assumption that, given the chance, it will progress to invasive cancer. Yet no one knows how often that assumption is correct.

“How can they cut one of your boobs off for something that’s not going to kill you?”

It may sound surprising but people can have small cancers that do them no harm; autopsies can reveal “incidental cancers” that were not the cause of death. Some tumours are so slow-growing that they never cause a problem, while others, including some cases of breast cancer, go away on their own, presumably eliminated by the immune system.

Scour the medical literature for a figure for how often DCIS progresses to invasive cancer if left untreated and you will find estimates as low as 14 per cent and as high as 75 per cent, a range so broad as to be almost meaningless. There has never been a large study of women given this diagnosis who don’t have surgery, so the progression rate can only be inferred by indirect means.

Take, for instance, a study of laboratory tissue samples from women who had a breast lump biopsied many decades ago, and went untreated because tests at the time indicated it was benign. Re-examining those biopsies turned up some in which a mistake had been made and the woman actually had DCIS. Of 71 such cases where they could track down the women, about half had gone on to develop invasive breast cancer.

That figure is probably an overestimate, though, because the women in that study had DCIS that had grown big enough to be felt as a lump. “Mammographically detected DCIS has a much lower risk of invasive cancer than DCIS detected [as a lump],” says Karla Kerlikowske, an epidemiologist at the University of California, San Francisco (UCSF).

There is another kind of evidence that suggests our current approach might be wrong. If this condition usually progresses to invasive cancer, then catching and cutting out more cases of DCIS should lead to a drop in cases of invasive cancer. That is what has happened with colon cancer: the removal of small precancerous growths, or polyps, in the colon detected through screening by colonoscopy has coincided with falling rates of colon cancer.

This isn’t happening with breast cancer, which suggests one of two things: either the rate of invasive breast cancer is rising, or most cases of DCIS would not go on to become invasive cancer. While DCIS incidence rates have steadily climbed over the past 30 years, the figures for invasive breast cancer dipped only slightly in the mid 2000s. Because of the timing this is largely attributed to fewer women using hormone replacement therapy, which can stimulate tumour growth. “Not until the decrease in hormone therapy did we see a decline in invasive cancer,” says Kerlikowske. “If DCIS was a true precursor, one would expect a decline in invasive cancer much sooner.”

If we are indeed going wrong with our treatment of DCIS, what are the alternatives? About three-quarters of breast cancers are fuelled by the female reproductive hormone oestrogen, and drugs that block this hormone are already used alongside surgery. Could they be used instead of surgery?

In a recent study, 14 women whose DCIS was oestrogen-sensitive chose to forego surgery and receive drug treatment alone. Eight nevertheless ended up having surgery, and five of these women were found to have had progression to invasive cancer. The other six carried on without surgery, and two stopped the drugs. After up to seven years of follow-up, none of the non-surgery six had any signs of invasive breast cancer. “What we really want to do is identify the women who are stable without any intervention – or are stable with hormone therapy alone,” says Shelley Hwang, a breast cancer specialist at Duke University Hospital in Durham, North Carolina, who led that study (Breast, vol 20, p 529).

Could we go a step further? It is becoming more common for men diagnosed with prostate cancer to be offered the option of “watchful waiting” instead of surgery, getting regular blood tests and biopsies to monitor signs of progression. Some breast surgeons are starting to wonder if this might also be an option for women with low-grade DCIS, where the cells still look similar to normal duct cells. “If DCIS was a true precursor, one would expect a decline in invasive cancer much sooner.”

Laura Esserman, a breast cancer specialist at UCSF, believes change will be driven by patients. She points out that until the 1970s, the standard response to breast cancer was a painful and debilitating “radical mastectomy”, removing the entire breast, underlying chest muscle and nearby lymph nodes. Now that is rarely done. “The reason we don’t do radical mastectomies anymore is because of the courage that patients had to want to come up with something else,” she says. It is something their doctors can learn from, she adds.

Breast cancer surgeon Adele Francis at University Hospital Birmingham in the UK may have what it takes. She is planning a five-year trial in 1000 women with low-grade DCIS. The trial will compare surgery with monitoring through annual mammograms. Like Esserman, Francis believes it will take determined patients to chart the way. “To take part in any sort of clinical trial once you’ve had a diagnosis like this, it takes courage,” she says.

It’s a hard decision to make while the current approach of surgery for all still has many defenders. “While [DCIS] may be ‘overtreated’, early detection and treatment saves lives,” says Kimberly Van Zee, a breast cancer specialist at the Memorial Sloan-Kettering Cancer Center in New York City.

Yet Francis says about 80 per cent of the 54 colleagues she contacted about the trial were keen to take part. “The only way that this uncertainty can be addressed is by treating patients within trials,” she says.

As well as changing the way we treat DCIS, there may be other ways to improve matters. One recommendation of a 2009 conference on DCIS held by the US National Institutes of Health was to do away with the term carcinoma, which most people are aware is synonymous with cancer. “The fear attached to the word cancer leads people to overreact and makes it hard to develop more prudent and cautious approaches,” says H. Gilbert Welch, a professor of medicine at Dartmouth College in New Hampshire.

Not all agree. According to the grading system applied to all tumours, DCIS is currently classed as stage 0, and Van Zee believes this already makes it clear it is different to invasive breast cancer. The emotional impact of this issue is clear in online forums. One woman with DCIS who had a lumpectomy, mastectomy and radiotherapy summed it up: “Don’t tell me I didn’t have cancer.”

“To take part in any sort of clinical trial once you’ve had a diagnosis like this, it takes courage”

With or without a name change, it would help if healthcare systems were better geared up to distinguish between DCIS and invasive cancer. UK guidelines, for instance, require all cancer patients to be treated within one month of diagnosis, and that sense of urgency can put undue pressure on women still grappling with a confusing diagnosis. “With DCIS, women don’t need to jump to make a decision,” says Joann Elmore, an epidemiologist at the University of Washington in Seattle. “You don’t need to have a mastectomy tomorrow.”

One day we may be able to make better informed decisions by using cancer biomarkers – testing the molecular make-up of biopsied DCIS tissue to see which are most likely to progress to invasive cancer. Kerlikowske has found that people whose tissue was positive for three proteins, COX-2, p16 and ki67, had nearly a 20 per cent risk of developing invasive cancer after surgery to remove the lesion, while those who were triple negative had just over a 4 per cent risk.

While efforts continue to better distinguish the deceptive from the deadly, women with DCIS are still left with uncertainty. On the day Doherty was scheduled for surgery it was an act of considerable will to show up at the hospital. Had it been an option, she would gladly have taken part in a trial investigating alternatives. Without that chance, she was grateful to a nurse for her candour. “She didn’t make any attempt to bluff,” Doherty says. The nurse told her: “It’s shit – we don’t know what it is.”

Doherty was left stunned by her experience. “The uncertainty is an eye-opener,” she says. “However advanced we are as a society, there is so much we still don’t know about the human body.”

Tiffany O’Callaghan is an opinion editor at the New Scientist

This article was first published in the New Scientist on 23 June 2012, and is republished here with permission. © Macmillan 2012 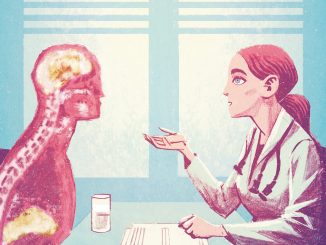 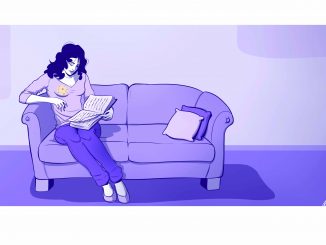 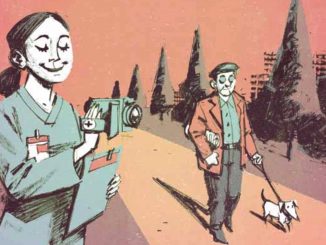