A new conference looks at the social as well as individual implications of how we use diagnostic tests that cannot accurately pick out real from apparent threats.

Improving the way we spot, report and explore genuine danger signs is a priority in cancer. But what happens if the tools that we use are poor at distinguishing the tigers from the pussycats – true threats from harmless or low-risk abnormalities? What if the more we screen healthy populations, the more we expose people to unnecessary and potentially harmful treatment?

These questions have already given rise to high-profile and heated arguments in the fields of PSA tensting for prostate cancer and mammography for breast cancer. But they are now part of a much wider debate about the value and dangers of screening populations for signs of disease. It has major implications for policy and practice in cancer and most other fields of medicine.

With new knowledge and technologies continually opening up possibilities for detecting early signs of potential problems, an annual international conference has been launched to respond to pressures to ‘overdiagnose’. Convened by the British Medical Journal, the US Dartmouth Institute for Health Policy and Clinical Practice and the Oxford University Centre for Evidence Based Medicine, the second event in Oxford, last September, attracted 350 international delegates from a wide spread of medical specialities, many of them working in cancer.

Though the idea of ‘overdiagnosis’ first reared its head in the late 1960s, the possibility that screening for disease could sometimes do more harm than good – identifying and treating abnormalities that would never lead to clinical disease – has been until now “shadowy”, according to Alexandra Barratt, a professor at the Sydney School of Public Health, in a keynote address.

“It has been the subject of vitriolic debate, professional division and public confusion, misunderstanding and disbelief,” she said.

Today it is under the spotlight. And if the views of the conference delegates are anything to go by, there is a growing conviction that the modern technological expansion of healthcare in rich nations is making overdiagnosis a genuine cause for concern.

One of the speakers, Barry Kramer from the US National Cancer Institute, has likened overdiagnosis to an iceberg. It is, he says, the result of two factors: a reservoir of indolent “disease”, and tools that can dip into the reservoir ever more deeply as skills and technology improve.

In cancer, screening tests are the most efficient way of dipping below the water into the iceberg’s mass of potential illness. They are used to identify and treat people who have “silent disease” – heading off the prospect that the disease will one day break the surface of the water, appear as symptoms or threaten life. The problem is that the more you dip into the iceberg’s bulk, the more silent disease you will find that would never have broken the surface.

Key here is evidence showing that increased care intensity in developed countries isn’t always associated with lower mortality rates. One of the most striking examples comes in studies of breast cancer incidence and mortality. For example, the rate of breast cancer in France has increased from 56.3 per 100,000 in 1980 to 90.9 per 100,000 in 2010, coinciding with an eight-fold increase in the number of mammography machines in France. Yet mortality rates have remained more or less stable, at 16–20 per 100,000 for the whole period.

Presenting the information, Bernard Junod, from the independent research organisation Formindep, in France, said that by picking up more disease we are not necessarily stopping more people dying. In fact, we may be exposing more people to damage from treatment.

Though debates persist about how to interpret the evidence – better treatment outcomes will have had some impact on keeping mortality rates steady – and about how many overdiagnoses can be justified for the sake of identifying an additional real threat, the figures quoted by Junod illustrate an issue that demands attention.

Another striking example came from Rustam Al-Shahi Salman, Professor of Clinical Neurology at the University of Edinburgh, Scotland. He said that magnetic resonance imaging was increasingly used as a diagnostic tool in high-income countries because of its alluring safety and sensitivity. But its dangers were easy to overlook. For those having brain scans – for example as part of a private health screen – there is a one in 37 chance of discovering a vascular abnormality which is currently producing no symptoms. Some of these “incidentalomas” – for example an unruptured arteriovenous malformation (AVM) – have the potential to be lethal, for example by causing a brain haemorrhage. “These incidentalomas feel like ticking time bombs,” said Al-Shahi Salman.

“Warnings about the unintended consequences of brain MRI should be given to patients with a low probability of disease, research volunteers and those tempted to purchase health check-ups using brain MRI,” said Al-Shahi Salman.

In a similar vein, it is the harm that many cancer treatments inflict that makes overdiagnosis so problematic. Junod quoted a study showing that in France in 2010 there were 843 unnecessary deaths as the result of overdiagnosed breast cancer – attributable to cardiovascular damage caused by radiotherapy. He believes there may also have been 169 cases of invasive cancer resulting from radiotherapy of overdiagnosed breast cancer (though some delegates questioned the statistical methods that brought him to these findings).

The evidence is spreading beyond breast cancer. The conference heard an analysis of data by the US National Cancer Institute showing that melanoma incidence has been increasing since 1975, while mortality has remained stable, suggesting overdiagnosis. It heard about concerns that improved screening with blood tests and ultrasound is leading to increased detection of borderline ovarian tumours that might never present clinically in the lifetime of a woman.

And it heard about a population-based study of thyroid cancer patients in Ontario, Canada, between 2000 and 2008, which showed that this “essentially benign” cancer is now increasing at an “epidemic” rate. The increase is confined to more affluent areas, and closely related to the availability of diagnostic ultrasound. Some more affluent regions of Ontario have four times the rate of thyroid cancer of poorer regions.

“This is explained by the increasing use and availability of diagnostic tests in regions where there is a population of higher density, better income, better education,” said Stephen Hall, Professor of Otolaryngology, Oncology and Public Health Sciences at Queen’s University, in Kingston, Ontario.

A cause and effect of inequality

The study illustrated a common theme that emerged from many presenters. Overdiagnosis is borne of wealth and inequality. Yet poorer less educated populations also feel its effects, because limited health resources that could be used to promote access to evidence-based interventions that would help large numbers of people are being diverted to interventions that are poorly supported by evidence and likely to help only a few.

Margaret McCartney, a Glasgowbased general practitioner and BMJ columnist, spoke of how powerless she can feel when trying to help patients from deprived areas with complex problems, because of scarce resources and time. Doctors in the UK are being pushed into routes that are not necessarily in their patients’ interests, and which promote overdiagnosis, she said.

For example, they operate in a “climate of fear”, constantly having to ask themselves whether they might be blamed if they don’t intervene or run diagnostic tests. Medicines and tests are being “overhyped”, and there are few good evidence-based decision making tools that patients and doctors can use together. All of these, she argued, contribute to overdiagnosis.

“Overdiagnosis is the result of industrial tick-box medicine,” said McCartney. It focuses on simple solutions for populations, rather than dealing with complexity and uncertainty in individuals. “Preventing overdiagnosis is crucial both to curb avoidable harms and reduce health inequalities,” she said.

Part of the problem, said David Haslam, Chair of the National Institute for Health and Clinical Excellence in the UK, is that the public health interventions (such as prevention projects) that have the biggest impact are perceived as dull – whereas interventions and tests that help the few have a glamour that gives them popularity.

The issue is how to get the balance correct – how to set the boundary between ‘normal’ and ‘abnormal’.

He pointed out that both overdiagnosis and underdiagnosis are problems. This prompted the question: is medicalisation harmful, or a failure to medicalise harmful? The issue is how to get the balance correct – how to set the boundary between ‘normal’ and ‘abnormal’

“We must rely more on individuals making decisions for themselves. Doctors need time to explore individual patient beliefs.”

According to John Yudkin, Emeritus Professor of Medicine at University College London, the issue of how we define ‘normal’ and ‘abnormal’ is crucial. Decisions made at the highest levels delineating what constitutes illness are not always in the patients’ interest. The current ‘epidemic’ of pre-diabetes (intermediate hyperglycaemia) can be put down to politics, he said.

The American Diabetes Association has recently expanded its definition of intermediate hyperglycaemia to include people with raised fasting glucose or glycated haemoglobin concentrations. The result, said Yudkin, is that half of all Chinese adults and one in three Americans can now be defined as having pre-diabetes.

There is no evidence that treating people in these groups reduces morbidity or mortality, he said. Yet labelling people as “pre-diabetic” brings problems with self-image, insurance, healthcare costs and exposure to drugs with potentially damaging side effects.

Nowhere is this more true than in the field of cancer. John Burn, Professor of Clinical Genetics at Newcastle University, UK, said that since May 2013 the demand for testing for harmful BRCA gene mutations had soared because of publicity about film star Angelina Jolie’s double mastectomy. And while identifying such monogenic causes of cancer might be effective and economical, the increasing availability of DNA sequencing is raising the prospect of more complex genetic variants being identified in millions of women.

“We face variant inundation,” said Burn. “But the predictive power of gene testing in polygenetic traits is overstated.” Genetic testing will not provide an accurate prediction of whether a woman is likely to get cancer or not, yet demand is still going to be high.

“We are heading for the biggest traffic jam in history,” he said.

The third Preventing Overdiagnosis Conference, scheduled for September 2015, will be hosted by the US National Cancer Institute and National Institutes of Health. 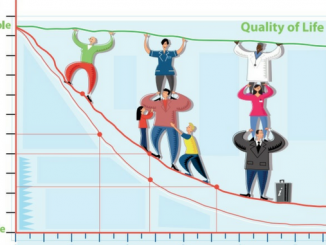 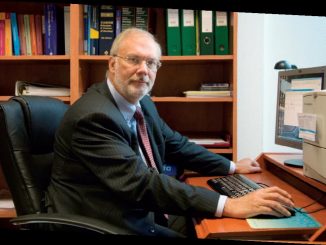 Jean-Pierre Droz: We can do better for our older patients 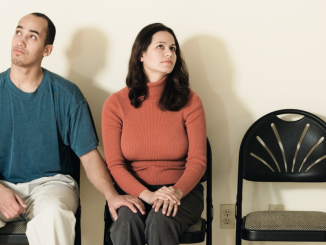 Who should we screen for the BRCA gene?