Broadcaster Katrin Zöfel showed the value of good journalism with her half-hour broadcast for Deutschlandfunk, German national radio, which told the stories of people living with long-term effects of being treated for cancer.

More than 2 million people who live in Germany today were treated for cancer ten or more years ago, according to estimates from the Robert Koch Institute. A further 1.5 million underwent treatment between five and ten years ago. Of these long-term survivors, 30,000 had cancer when they were children or teenagers.

Medicine has cured many of them. But there is another side to this. Nobody in Germany has an overview of how well survivors are doing today, or of the impact of the after-effects of treatment with powerful chemotherapy and radiotherapy.

The need to address and attend to late effects of cancer treatment is increasingly (but insufficiently) recognised. Many patients are left with long-term fatigue, pain, infertility, memory loss, depression and other symptoms – and a proportion are diagnosed with second cancers caused by treatment. The landmark Childhood Cancer Survivor Study published in the US in 2006 showed that almost three-quarters of childhood cancer survivors have at least one chronic health problem 30 years later, and that 42% live with a severe, disabling or life-threatening condition.

Germany has follow-up data on those who had cancer in childhood and on adults treated for Hodgkin lymphoma, thanks to the German Hodgkin Study Group. According to Peter Borchmann, who heads the group, 20–30% of Hodgkin survivors have late effects from treatment, ranging from infertility, early menopause and chronic fatigue to heart attacks, breast cancer and leukaemia.

For most adult cancer patients there are no follow-up surveys or clinics once active treatment is over.

Radio reporter Katrin Zöfel was alerted to this issue by Christiane Knoll, her science editor at the national public sector radio network Deutschlandfunk in Germany. She spent the next 15 months researching the issue, finding the right patients and doctors to explain late effects and what can be done. The resulting half-hour programme, Price of Survival, the Late Consequences of Cancer Therapy, was declared runner-up in the European School of Oncology’s Best Cancer Reporter Award for 2014, with a citation that paid tribute to tackling an important under-recognised problem.

Zöfel was determined that her story would suggest ways forward – not just highlight problems. “I don’t like stories that blow up into a scandal and I was a bit worried that it could be like that. I did not want this to be a story about mean doctors who don’t treat patients right. I didn’t want to write a story about finger-pointing and blaming.”

“After the first interviews with patients, it became very clear that I couldn’t cover this topic without plunging deeply into the stories of the individuals involved. What stayed with me was the abrupt and merciless change that cancer meant for the lives of the patients, the absolute way in which they had to turn themselves over to the care of physicians, not knowing whether the treatment would cure them or harm them… At the same time, I felt a clear awareness about how helpless medicine still often is in the face of cancer.”

Holger Bassarek was treated with a bone marrow transplant for acute lymphoblastic leukaemia 16 years ago. He was cured but he struggles to remember names and faces and is often exhausted. “The battery is empty, and the normal recharging cycle is never enough.” He has poor blood circulation and damage to his peripheral nerves. Fortunately, he insisted on freezing his sperm, and is a father of two boys, despite the treatment destroying his fertility.

Philipp Volkerts, now 26, had a brain tumour the size of golf ball removed when he was 19. Last year Volkerts needed another operation to remove a non-malignant cyst in his head, and Zöfel later accompanied him to Münster where he told his paediatric oncologist, Gabriele Calaminus, how he was feeling. “No headaches, but there was something … it was something like depression. How can I say it? My self-esteem went down. I had mood swings, mainly after the surgery last summer, for maybe one or two months.”

Zöfel was struck by the changes below the surface. “He looks very healthy – a sporty guy. He was studying, he has a girlfriend, and now he has a very nice job. Still you could feel the impact that this illness still has on him six or seven years afterwards.”

Borchmann and Calaminus both have a long-term commitment to their patients. But Zöfel was shocked by what she heard from some adult oncologists. “Many said: ‘I am here to save the patient and late effects are not my problem.’ I also found some people saying: ‘We don’t want to follow up those patients because we want them to forget that they had cancer.’

“The ones I reached in the end are the ones who really care for their patients, and they were saying: ‘I did this to my patients and now it is me who has to follow up on this.’ I would say they have a sense of responsibility.”

Zöfel notes that some European countries have registers for former patients at the end of treatment. Epidemiologist Flora van Leeuwen, who recently opened a clinic in The Netherlands for people who survived Hodgkin lymphoma as adults, says that it is crucial to know which areas of the body were irradiated and details about the chemotherapy. If her project goes well, similar clinics will open for survivors of breast and prostate cancer.

Zöfel also detailed work by the European PanCare network, which is compiling data on heart problems, secondary tumours and mortality, and is working on European therapy guidelines and a survivor ‘passport’.

However, she senses a worrying absence of political will in Germany to close the gap in knowledge and aftercare. She fears that the Third Reich poisoned the well for setting up databases. “It is really hard to have good registries where we can follow up and track people 30 years later, because registries were used in a really bad way in our history. Childhood cancer is an exception, but for adult cancer patients it is practically impossible to follow up on a large scale.”

Even patients with doctors committed to long-term care have many needs outside their specialist knowledge. “I found a very strong relationship between some patients and their doctor, and a big reliance on them. But is the oncologist always the right person to care for people with late effects? Maybe they need an internist or someone who knows about hormones.”

Where science gets personal

As a science journalist with an original interest in ecology, Katrin Zöfel had to step outside her comfort zone. “It was the first time that I had done a story that mattered so much to patients. I was wary of doing that because I knew it would affect me. If I talk to patients about almost dying and surviving I knew that would not be like talking about the ecology of bats.”

But when Price of Survival was broadcast in January 2014, it had an impact. “I got more feedback than for any other story. It was posted on several patient advocacy pages. Inside Deutschlandfunk I got feedback that I got the right tone.” Zöfel has since broadcast pieces for a Berlin programme and on Swiss public radio and is working on a piece for television. Price of Survival was repeated in November 2014 as part of a cancer awareness day.

The Best Cancer Reporter Award has confirmed to Zöfel that she got the balance right. “The award is reassuring; an encouragement to go on. It suggests I was able to hit the right tone. If I was able do it once I might be able to do it again.”

Journalists often get a bad press (“sensationalist, superficial, inaccurate”) so there are some interesting lessons from this example. One is the time it took – 15 months in all to put the material together. Partly this was because, as a freelancer, Zöfel had to keep taking short assignments to pay her bills. “It must have been pretty annoying for my editor, but I had to earn money in between,” she said.

She also admits that she did too much research – because she wanted to get it right. “The work and passion I put into this feature went far beyond what I usually put into my daily work. I talked to one expert and thought, ‘OK I understand the topic,’ and then I talked to a second one and she basically said the opposite. I needed another two or three experts to figure it out and get an overview and really understand who is right.”

In the end, Deutschlandfunk and Katrin Zöfel delivered on quality. In an era where many expect to get their news free online, this is a useful reminder that good journalism requires the same qualities as good clinical practice: expertise, time, commitment, teamwork and trust.

The original radio piece (in German) can be listened to here and a written script can be viewed here. Following the broadcast of her radio piece, Katrin Zöfel was commissioned, alongside Thomas Liesen, to do a piece for Das Erste/ARD television, which can be seen at bit.ly/1LpLFEO

Our role in moulding the image of cancer 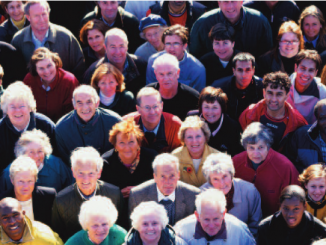 After the treatment’s over… 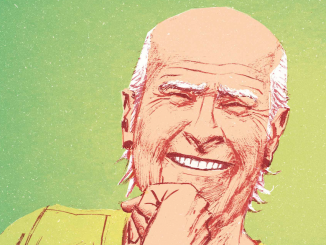