No pathologist can be an expert in every type of cancer. But there is a lot that can be done to greatly improve the accuracy of diagnoses, particularly in rare cancers, as a recent European survey has shown.

The best quality treatment based on clinical guidelines carefully adapted to the individual patient can be worthless if the pathology report is wrong about the diagnosis. But getting the pathology right is becoming harder as more and more new molecular subtypes are identified, many with important implications for treatment options. This is a particular challenge with cancers that occur only rarely, because most pathologists see too few to gain any familiarity with them, let alone expertise.

In an effort to address this challenge, Rare Cancers Europe and the European Society of Pathology conducted a survey last year to find out more about how cancer pathology is practiced across Europe, and to try to identify opportunities for improvement.

Responses from 123 pathologists from 37 European countries indicate that while two-thirds rate the current pathology standards in their countries as high or very high, about half from eastern and southern European countries said standards were average or low. The survey also revealed cause for concern over how well pathologists are integrated into multidisciplinary teams, the proportion of ‘atypical’ or ‘suspicious’ findings that are sent for an expert second opinion, levels of clinical feedback from clinicians about their pathology reports and participation in quality assurance conferences.

The implications are at first sight alarming, says Angelo Paolo Dei Tos, director of anatomic pathology at the General Hospital of Treviso, Italy, and an expert involved in many soft tissue and bone pathology groups, who helped organise the survey. This is particularly so, he adds when seen alongside findings of an earlier study, published last year in the Annals of Oncology (23:2442–49), which compared initial diagnosis of sarcoma with an expert review in three European regions, and showed that up to 40% of diagnoses are inaccurate. Other studies have shown that a discrepancy level of around 30% is probable in most European countries. “The rate does not seem to have changed much over the years,” Dei Tos says. He is keen to stress, however, that the answer lies with constructive engagement with healthcare systems rather than casting blame.

“Pathologists know that when you see a rare cancer, you have two options – you either ask for a second opinion or you don’t,” says Dei Tos. “In the US, it is almost standard practice to send out for a second opinion, especially in private practice, because it is usually paid for by insurance and there is a strong incentive to avoid litigation for mistakes. But in most of Europe the decision is almost always dependent on the goodwill of the pathologist. So far, only France and Sweden have mandatory systems for second opinions.”

The Annals of Oncology study sent histological data from sarcoma patients in two regions in France and one in Italy for a second opinion from regional or national experts over a two-year period. It was a follow-on from a study conducted in one area of France that showed that “only 54% of included patients had full concordance between primary diagnosis and second opinion.” A key point about the study is that the data were sent to sarcoma experts – a second opinion can of course also be obtained from within the same institution or from another laboratory or institution that may lack expert knowledge. Here again, the authors also stress that any discrepancies are not viewed as errors or “misdiagnosis”, but as “acknowledged need for assistance”.

The detailed results from the three-region study are that full concordance between the first diagnosis and expert second opinion was reached in 56% of cases (824 in total), partial concordance in 35% (the same diagnosis of the actual tumour but different grade or histologic subtype) and complete discordance was reached in 8% of cases (including over whether the tumour was actually benign rather than malignant).

As Dei Tos points out, the major issue with sarcoma is that the number of identified subtypes has exploded over the past 10 years or so. “There are now as many as 90 histological subtypes that all look different and can need sophisticated immunohistochemistry and molecular genetics to arrive at the correct diagnosis. But the complexity coupled with rarity of many of these tumours – most pathologists simply won’t see them in years – can make diagnosing them almost impossible outside of expert centres.”

Good pathology, starts with examining tumour slides on a microscope, says Dei Tos, and not rushing into sophisticated testing. This is where expert knowledge is critical. “When we put a slide on the microscope at our centre we develop a differentiated diagnosis in our minds from the morphology of the cells – such as their size and shape. Only afterwards do we use immunohistochemistry or molecular testing to prove it and exclude other things. Our pathologists are exposed every day to rare diseases that others may not see at all – so they are routine for us, but our expertise then becomes rather unique, especially as some of us have very detailed knowledge of particular subtypes.”

Rare sarcomas can also mimic carcinomas and lymphomas, he adds, and attributes such as necrosis and mitotic activity can look malignant but may not be, while lesions that look indolent and benign may actually be highly aggressive cancers. Looking for expressions such as cytokeratin can also lead to confusing sarcomas with other cancers that also express it.

In a paper on pathology and genetics published in the Annals of Surgical Oncology (2010), Dei Tos noted: “Even in the presence of state-of-the-art molecular techniques, accurate morphologic assessment should still represent the diagnostic mainstay… for two very simple reasons: no distinctive genetic aberration is present in 100% of cases of a given tumor… and the same genetic aberration may be present in unrelated entities.”

“Medical oncologists are starting to believe that molecular pathology is the gold standard – but I tell them that many times I see a perfect molecular test performed on the wrong tumour. But genetics can be very valuable when based on good morphology.”

The implications of incorrectly diagnosing the type of sarcoma, or failing to identify it is a sarcoma at all, are becoming all the more serious with the marked increase in the options available for treatment. Not long ago, the options were limited mainly to surgery and possibly radiotherapy, with standard chemotherapy having only a limited effect across all sarcoma types, says Dei Tos. Now the molecular and cytotoxic landscape for targeting subtypes has opened up dramatically, with evidence, for instance, that angiosarcoma – a particular interest for Dei Tos – responds to chemotherapy such as taxanes as well as anti-angiogenic drugs, while other subtypes respond to other drugs, including targeted therapies such as imatinib (Glivec).

In the three-region study, although there was a high inaccuracy rate, major misdiagnosis with direct impact on patient care was less than 10%, and related mainly to grade and type. Grade in particular could determine whether adjuvant or neoadjuvant chemotherapy is given. But it is also not unusual, adds Dei Tos, for a tumour such as GIST (gastro-intestinal stromal tumour, a type of sarcoma), for instance, to be misdiagnosed as a leiomyosarcoma (which looks similar). Patients can thus miss the chance to have the “stunning” success that imatinib can give with GIST (equally, patients misdiagnosed with GIST can be prescribed imatinib for a tumour that would only benefit from classic cytotoxic therapy). “Sadly there are stories of patients sitting on the wrong diagnosis and treatment for years,” he says.

A wrong diagnosis could have immediate severe consequences. As Han van Krieken, professor of pathology at Radboud University Nijmegen Medical Centre, Netherlands, and president elect of the European Society of Pathology, notes: “We had an example only recently. A patient was referred for amputation of his arm based on a diagnosis of sarcoma in an academic centre, but this centre had little experience with sarcoma and thus also the pathology. Upon review it was a benign lesion and amputation obviously was not needed. There are studies on melanoma, lymphoma and sarcomas showing that such expertise is really needed, but we see it more and more in other tumour types too.”

The conclusion that Dei Tos draws is that robust second opinion systems should be implemented in all countries to give extra help in correct diagnosis of rare cancers. Given that it is likely that only a few countries will actually mandate such systems, he feels that continuing to build evidence and provide education about the issues is the best way forward. “Certainly, medical oncologists in our rare cancer network in Italy want second opinions because the revisions can and do change their practice,” he says.

Pathologists themselves, according to the Rare Cancer Europe survey, feel the need for better training and education; this was the most frequently cited recommendation, along with better integration of pathologists into multidisciplinary teams.

Van Krieken adds that, although training and teaching are available, it is simply not feasible for individual pathologists to cover the whole cancer field, which makes it particularly important that pathologists work very closely with the treating team. This makes the lack of multidisciplinary working indicated by the survey particularly worrying, he says – assuming it is a true reflection (the number of respondents was not high). He would like to see the European Society of Pathology place greater emphasis on multidisciplinary work. “At this point the [Society] has no policy other than providing high-quality training, working with other organisations such as ESMO, EORTC and ECCO, and providing quality assurance programmes for molecular testing, which are not specifically for rare cancers.” (See also Testing the Testers, Cancer World Nov–Dec 2013.)

Meanwhile Dei Tos and his team give second opinions at Treviso on an informal basis, and it is only recently that the Italian government has allocated some funding for such work through the country’s rare cancer network (called Rete Tumori Rari, which itself has reported treatment-relevant discordances in more than one-third of the sarcoma cases reviewed by pathology in the network). “But from the start I decided to provide all second opinions free of charge – it’s important not to see them as a way of making money, because I believe that would generate an unfair system where cash buys access. In Europe most health systems are public and they should look to fund a proper second opinion system to support expert centres.” 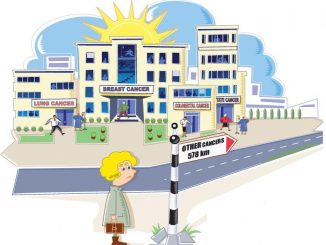 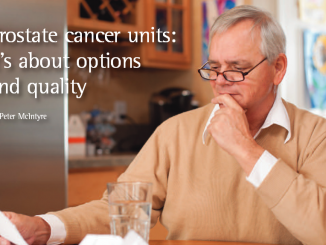