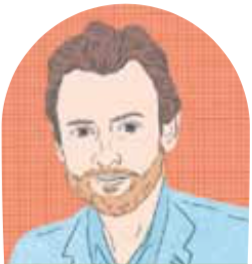 ‘Value’ is the latest buzzword in cancer: value-based pricing, delivering value for cancer care, enhancing the value offering for cancer technologies… It makes sense, as focusing on the value of interventions we invest in is the only way to stop wasting precious health resources on poor value healthcare interventions and missing out on interventions that could offer particularly good value.

And yet ‘value’ is among the most misunderstood and misused words in the health policy lexicon. This reflects, in part, an inherent confusion among clinicians and policy makers between the concepts of value, benefit, price, expenditure, and affordability. But it also reflects a perception that the value of a given healthcare technology is not amenable to objective measurement – like beauty, its value lies ‘in the eye of the beholder’. This can certainly be the impression given by the many arguments over how value should be defined, as producers of healthcare technologies, healthcare professionals, patients and payers seek to influence the way decisions are made regarding what should be reimbursed and at what price. But the impression is not accurate.

The value of a healthcare intervention can be measured, objectively, in a reliable and meaningful way, by using transparent, fair and robust processes. Here’s how.

The value of an intervention is defined as its cost compared to its benefit in terms of improving length and/or quality of life – so the value of a given intervention will be higher the greater the benefit it offers, and the lower its cost.

The benefit of a healthcare intervention is measured, most often, according to its impact on the number of additional years patients live, and the quality of that life, and is expressed in quality-adjusted life years, or QALYs. So the more years of life a given intervention can offer a particular group of patients, and the better the quality of their lives, the higher its QALY.

The idea behind ‘value-based pricing’, which some suggest would be better described as ‘benefit-based pricing’, is that, to achieve the maximum impact from limited funds, new products should be priced at the level at which the health benefits they offer (measured in QALYs) are no less than the health benefits that could be achieved if that same money were spent a different way.

The question of what constitutes a ‘fair price’ per QALY is likely to vary from country to country – in general, wealthier countries will have more money available to spend than poorer ones, and will be willing to pay more for the same health benefit.

Using these basic ‘value for money’ principles, every country should be able to work out, using a transparent, fair and robust process, what cost per QALY their health systems are able and willing to pay, and apply that process to negotiating prices for new healthcare interventions.

The confusion arises when decision makers start to include additional considerations on top of patient benefit in determining what they are willing to pay for a new intervention.

There are certainly legitimate issues, for instance around fair reward for innovation or for addressing unmet and/or particularly burdensome needs.

But much of the discourse around ‘value’ has less of a rational basis. Even credible organisations such as US Institute of Medicine are adding in highly subjective areas for consideration in determining value (such as fairness). Moreover, ‘value’ is increasingly being used as some sort of abstract philosophical term, as in: ‘innovation is valuable for patients’, which – intentionally or not – further muddies the water.

Many so-called ‘innovations’ are in reality not innovative at all, because they do not deliver clinically meaningful benefit for their specific marketing indication. For example, 71% of all new medicines in the last five years for lung, breast and GI cancers failed to reach thresholds for delivering clinically meaningful benefit. Study after study has also shown that there is no correlation between the price set for new cancer technologies such as medicines and their impact on patient outcomes.

And if we are to discuss paying a premium for innovation, why is this done only with new cancer medicines but rarely with other types of intervention? And while medicines are at least increasingly being scrutinised by regulators to determine what benefit they offer patients, new technologies such as robotic surgery and new radiotherapy modalities are routinely introduced into cancer care without any attempt to establish whether the impact on patient outcomes justifies the costs.

Perhaps the biggest problem of all is that many countries still have no systems in place that are capable of conducting rational, transparent and evidenced-based evaluations of new healthcare technologies, as was so starkly revealed by the recent EU Commission review of health technology assessment across Europe.

One result is that decisions on how and where to invest finite healthcare resources can be skewed by hyped marketing campaigns supported by the complicity of the clinical community, who relish the chance to try out and work with new drugs and high-tech equipment. It’s little wonder that people end up with the impression that value is all about perceptions and perspectives, and cannot be measured in a rational and reliable way.

The inevitable result is overpriced underperforming cancer care that is becoming inaccessible to an increasing number of Europe’s citizens. This does not need to happen.

The riches and creativity of cancer research are extra-ordinary and deserve to be properly used for the benefit of everyone. But it means we have to be honest about what they can and cannot deliver in terms of patient benefit.

Somehow we have managed to get ourselves into a vicious cycle where everything new has to be ‘management changing’ or ‘a blockbuster’. Getting ourselves out of this is not rocket science, but nor is it easy, or it would already have happened. The ‘system’ has to be constantly challenged. The good news is that, in general, everyone now recognises the problems. That’s half the battle. We now need to act to deliver cancer research and care of real value. 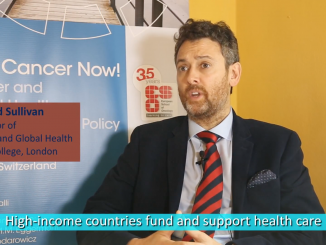 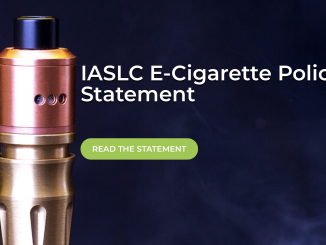 If you want better drugs consult a PRO